October is ending and it's been a long month........just as every year. I have spent more time on Atlantic Salmon Flies (later stories) yet I'm not totally done with fishing.

Middle of October this year was very windy, indeed windier than I ever recall😨. Plus we had several very warm days, reaching 70F🙀. Finally it's been nice and ordinary for the past week or so. 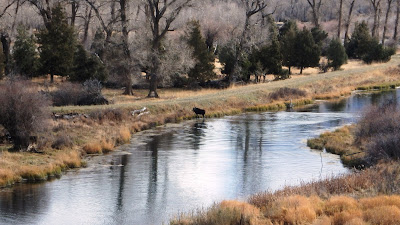 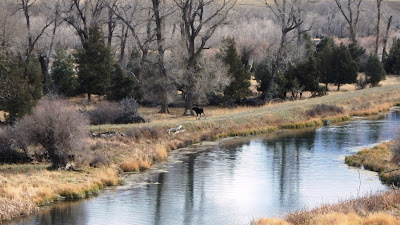 My client and I chose perhaps the best fall day so far.  Bearable air temp, mostly cloudy, and NO winds. We started with a feisty rainbow! 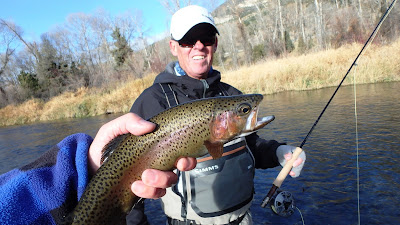 We caught some dandy browns😀 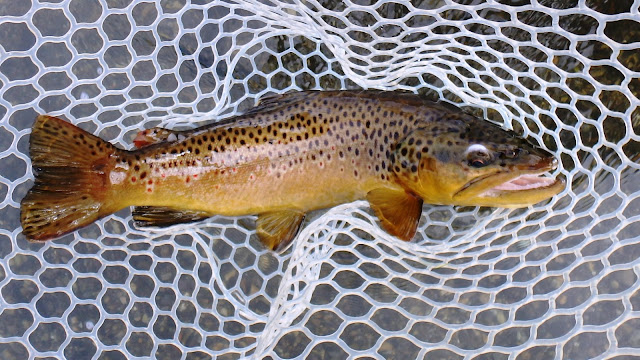 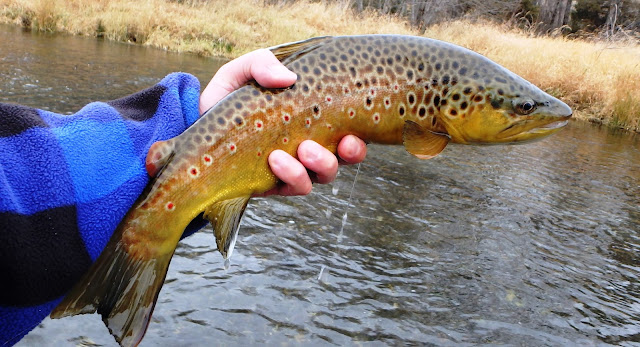 This one was on midge dry😲 Also, as the pump results show, we had some baetis hatches too😏 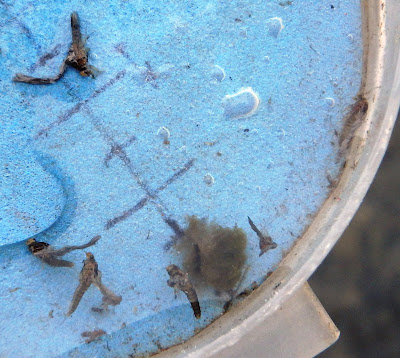 Cutthroat hang around the creek this time year....... 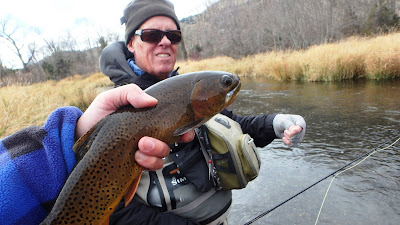 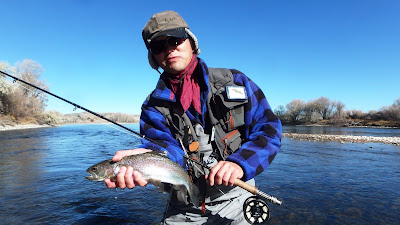 With my lovely companion😘 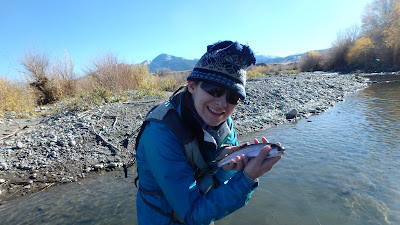 Yellowstone National Park season is coming to close on Sunday Nov. 5th.
Since September hordes of anglers start to fish West side; Madison, Gibbon, and Firehole Rivers. I did many times and nowadays I may slip in once in while.
We headed to the different side of Park, where summer traffic (fishers and visitors in general) were totally gone. Fishing may not have been at the best, compared to what the creek offers in summer, but we simply enjoyed the scenery, our own stretch, and total solitude. Handful of Cutthroat, each, were quite a bonus😁✌ 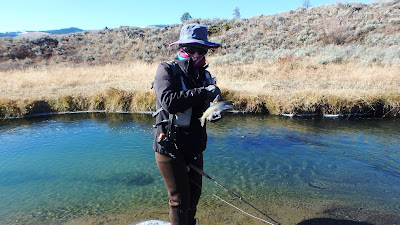 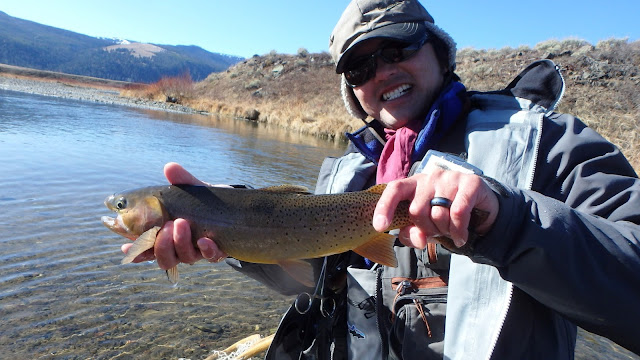 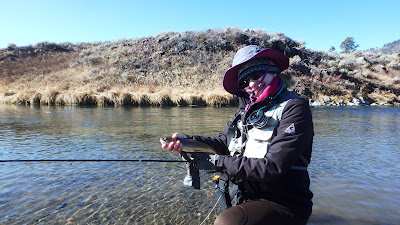 November is still enjoyable to chase some large browns though fishing would be slightly limited (due to some harsh weathers and the end of summer time).
I'm still available for guiding primarily for Livingston's spring creeks, other than that, I may still fish a few, and spend more on fly tying projects. I try to update YouTube videos regularly while keep shooting new ones. I write some articles. Then the last but not the least, dedicated to the art of Atlantic Salmon Flies.
Enjoy Fall fishing & Winter tying!!
Posted by Lefty Angler at 9:48 AM