More on the Road - South Dakota

It's been over two weeks on the breeding road. I have nothing to complain about motel stays and restaurant meals (as they are taken care of) and enjoy my profession. I have to admit that I have started to miss my own cooking a bit and even strong winds in Livingston. But not much fishing for now as I can easily imagine run-off is really huge right now. Then there are always laughs among people working together and lots of new scenes for me in South Dakota. I can't help taking pictures every now and then. I may have to change the blog title into "lefty traveler"??

Here's a picture at one of ranches we worked. Their barn decoration caught my eyes. 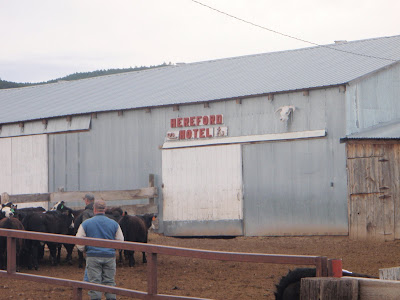 South Dakota is known to be the biggest Ringneck Pheasant hunting in US. I don't have to tell you again but I do that I'm a pheasant skin mania!!!! So I was super excited when I spotted this obje while on the road. 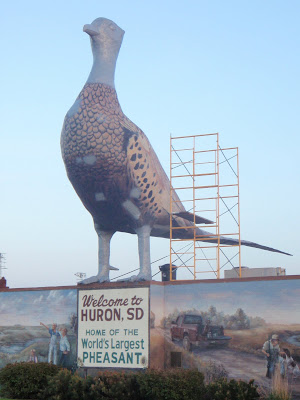 I really come to like most of all towns in South Dakota. In a good way, most of towns seem small for my liking, even the capitol city, Pierre. And there are lots of old west historical marks and buildings along. One of the local favorite restaurants in Pierre is the steak house. It's full of old pictures and stories. I snatched a picture of Wild Bill Hickok's gun on the wall. 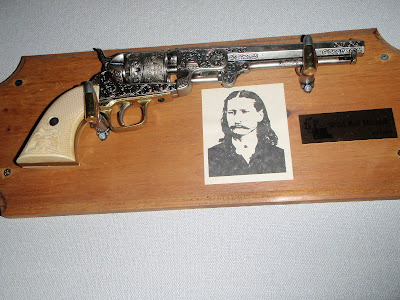 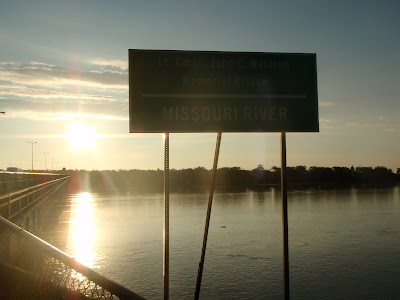 Here's the story board along the MO 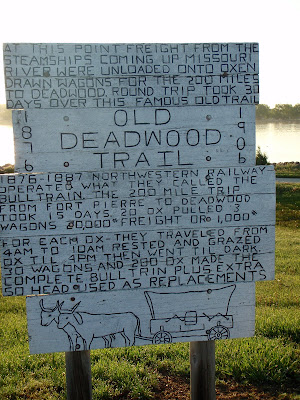 Then there's a huge statue of Casey Tibbs, legendary rodeo cowboy, just out of Pierre. 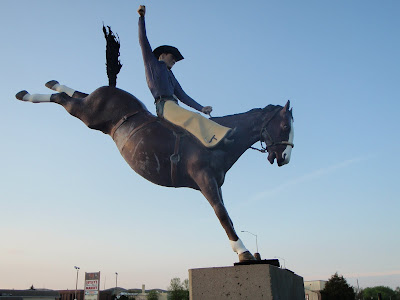 You can google about him but this picture of the base of the statue should explain a lot. 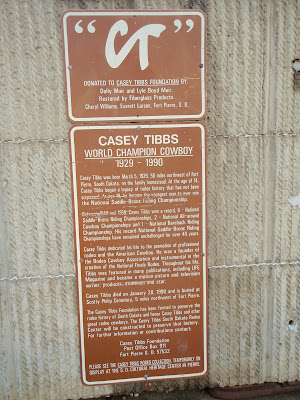 One thing I do complain is the wet weather that makes people working outside sulky. We got hit by rainy days. After that, sun and storms are taking turns. I consider that I'm used to various and unpredictable weather patterns in Montana but prairies in Dakotas also seem to have their own ways.
Posted by Lefty Angler & Flies at 8:14 PM