Another Day with Cutty - NE Corner of YNP

Visiting Northeast corner of Yellowstone Park is becoming my treat. Today, my intention was to fish Soda Butte Creek and Lamar River. As I was driving, I saw each parking lots of Lamar was occupied and anglers were every 100 yard (that maybe too much....). I chose a good looking section at Soda Butte first. It's so obvious with nice runs and structures at right down from the parking lot but somehow nobody fishes!! Enough depth, mix of slow & fast, and along grassy cutbanks. To me, it's gotta be a "hoppertunity" from the first thing in the morning!! Indeed it was. When I saw a big shadow coming up slowly, I went "WOUW!!??" Nice fine Yellowstone Cutty. 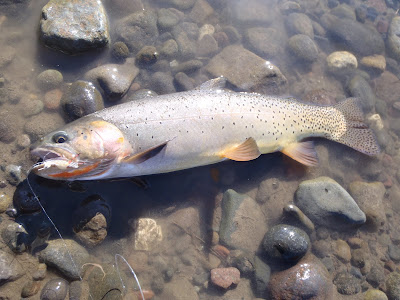 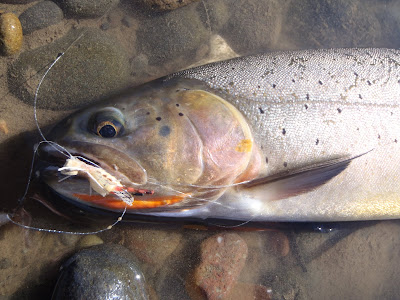 As I was releasing it, I noticed a fly was attached on its left gill. I first thought it would be my second dry-fly but it was an old Renegade with a piece of tippet!! Somebody lost this fine trout before!! Quite funny!! 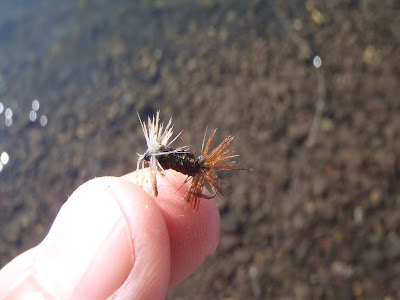 I landed another nice one on hopper. Then I raised 3 more but couldn't get into hooking. All nice fine Cutties. One got away by opening a gap of my ant, trailed behind the hopper. 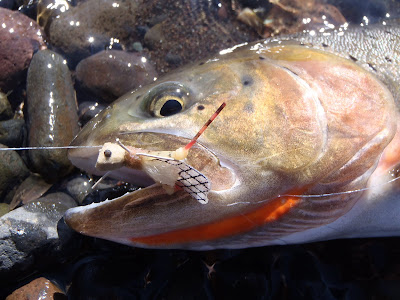 Though I wasn't really in a mood to go to Lamar due to too many people, I had to go because this was part of scouting and learning for my future guiding. I parked along the road from which the river can be reached by almost a mile away walk, hoping nobody would make this far. No sirs, no mams, two already there and another two later on. But I experienced one of the best match-the-hatch fishing ever!!!! Among braids, I thought I found a good looking run. I casted hopper/attractor again. Then I suddenly started to see risers and sippers!! Suddenly it became a spring-creek-get-down-to-your-knees situation!! This must be PMD!! (in case, I'm wrong and it may be heptagenia or Epeorus, let me know). 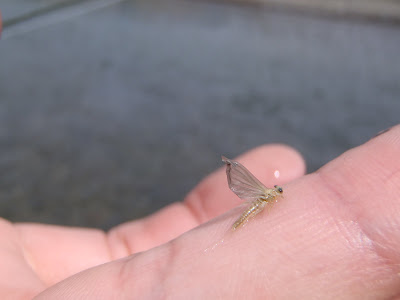 I tied on all the good patterns from my Mayfly Box of the day. Nothing actually worked. Then I finally tried my own original pattern that I'm working on. Trout came to only on this fly, period!! Any catch? First one I hooked into was really huge, no bragging but may have been a 20-incher, and it snapped off in two seconds. Second hit was almost close to my hand but spat the fly. Some more rises but it was over. Whole situation lasted over one hour. It was terrific with or without trout pictures. Then I gained huge confidence on my invention. Wish I had a proof picture or two........ 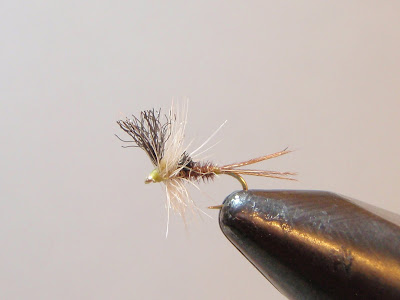 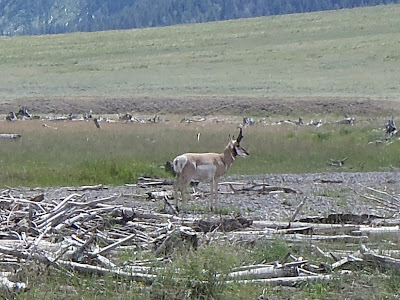 I went to the Canyon section, again avoiding people. Canyon section looks all good but it may be more suitable for nymphs and streamers to get into fish quickly. At a certain run, terrestrials raised some trout, and this one preferred a flying-ant to hopper!! 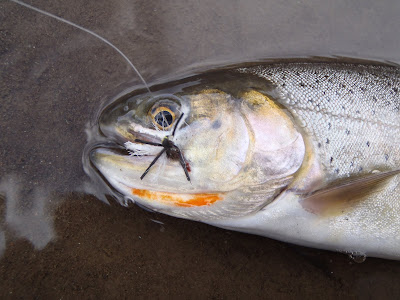 Herds of buffaloes stayed out of the road but in the range so driving was very smooth today. There are much more to explore in this side of YNP before summer ends!! I'll be back!!