Back to the DePuy's today. I knew about 10 anglers would be visiting the creek today. Wind wasn't bad at all. It was sunny in the morning and eventually cloudy. In my observation this sign played some roles for anglers. This is to protect apparent spawning grounds of Rainbows.  This is a good thing as the creek rule. This is to enhance Rainbows population that has once been damaged Whirling Disease. Well, one shouldn't target actually spawning trout or step onto redds (which some anglers do but I have no right to pick on them). 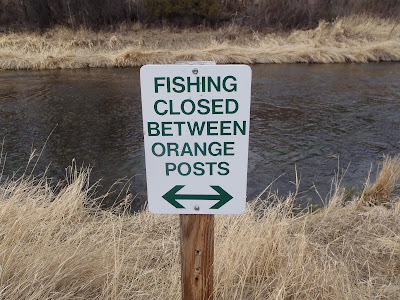 So people who were targeting large trout (my guess) moved around all day (in my observation). Under this condition, I was anticipating midge hatches and trout rises. I have finally noted constant hatch and rise since last November. Hatch wasn't super heavy to bring large trout to the surface and all I saw and caught were these little cuties. 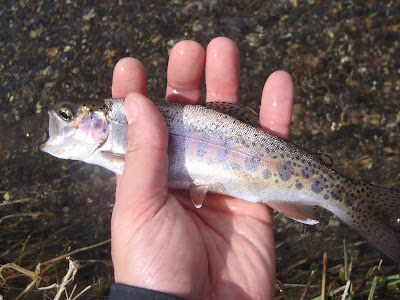 This simple "Foam Wing Emerger" was the meal ticket. 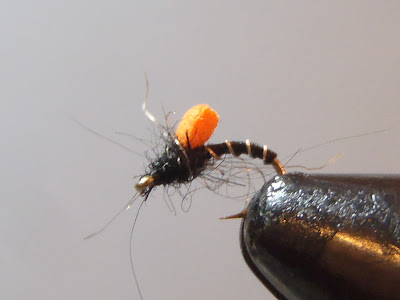 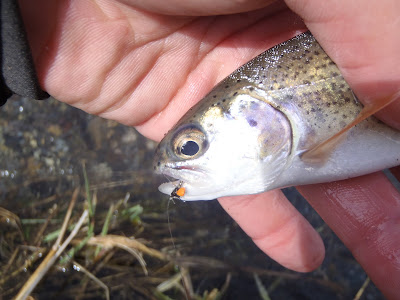 This was nothing to do with fishing. But I saw lots of huge bugs in the air. Trout were not rising or chasing them but certainly interesting for entomology stand point. I believe this is one of caddis?? 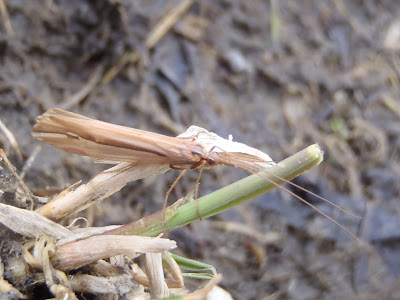 I thought it could be one of Stonefly species but looked like caddis. I'll do some research on that. And let me know if anyone has any idea. 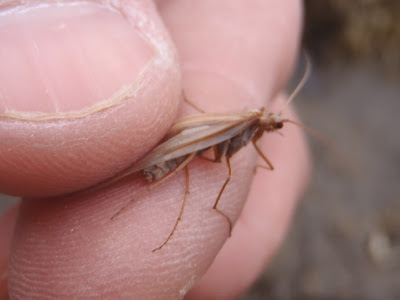