Spring weather has been nice and we started fishing on foot as well.
On "Local B", we had a stretch to ourselves. I caught a nice 14-inch rainbow😁 (no picture). I called Renee to come over then right after she got hooked into something larger with leaping actions😲. 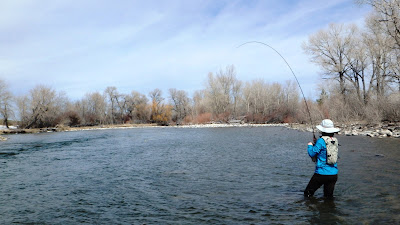 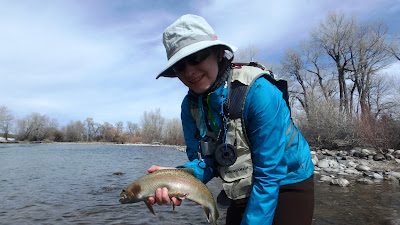 We caught a few more. One stomach sample shows lots of foods, including sign of spawning...... 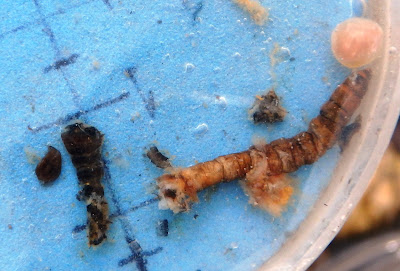 On some selected stretch and side channels of our "Big Y", midges and baetis hatches are prolific! I'm enjoying season's first dry-fly fishing!! 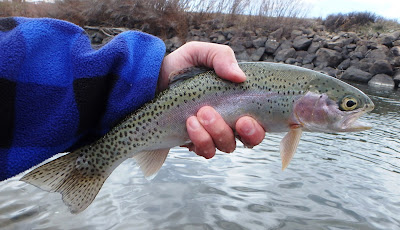 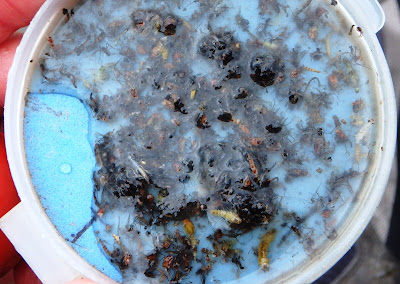 Then we traveled to Mighty MO, the section known as Land of Giants. 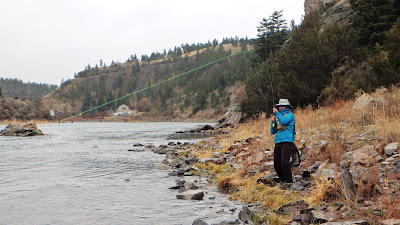 I don't think this stretch is a local secret, rather well-known by many. During spawning seasons (spring and fall), trout in Upper Holter Lake make upstream runs. Trout size can be as magnificent as geographic features! For her birthday, I outfitted her with brandnew 6-wt setup that consists of Echo Boost rod, RIO Grand line, and Redington Behemoth Reel. This was the first day to fish with it. After reading stretch and structures, she got huge tugs!! The brandnew rod bent hard, line stretched, and reel screamed!! She did her best to fight. I was finally able to net it in for her!! 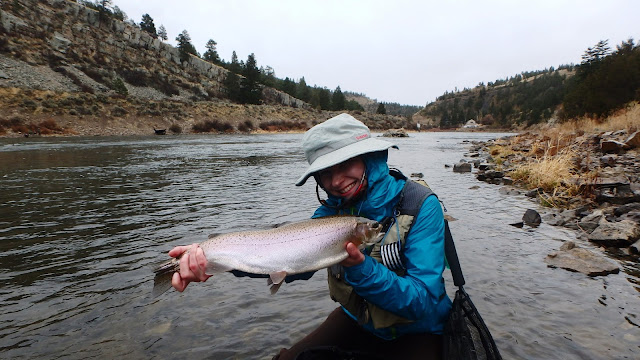 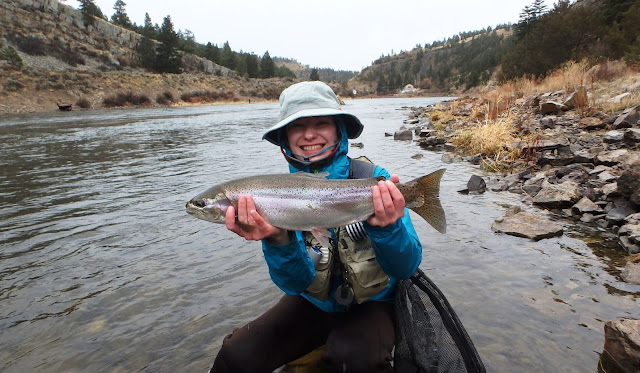 Later on I caught one myself. It was a respectable 18-incher but totally dwarfed by hers😭 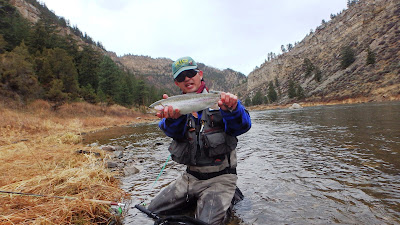 We had a few more actions and started to fish up to our vehicle. Renee got another huge action!!

Until her guide screwed up😱😰

I just can't emphasize what a great fishing one can have in spring, the pre-runoff season. It's the least fished and crowded season too. Yes, weather can be iffy, like it is now, but so can be on any days in Montana. Come and fish while it lasts or plan a trip in a near future!
Posted by Lefty Angler at 1:02 PM