Salmonfly on The Madison

This is NOT a timely fishing report.
Salmonfly hatch on Madison River came and then had gone. I was guiding on the river. Then I was also busy at Livingston's spring creeks for PMD hatch (definitely next post!). So blogs and all other social network posts have been way behind.

Talks along the river from long time experts to visiting fishers, and online, of course, is: it was an odd year with the hatch. It was sporadic here and there and didn't really go strong. I have some idea and explanation: WEATHER❗❗❗❗  In the middle of June, we had a very cold week. As it was on the news, we even had some snow drizzles on the Summer Solstice. Though it got warm up like summer-ish, it was immediately followed by late afternoon/evening thunderstorms almost all EVERYDAY from the end of June to early July. So, although the river flow and clarity were perfect, it was simply cold - air & water. This should explain the hatch of this season - at least to me. Though some to many anglers may have been disappointed, salmonflies did hatch and trout were caught on dry-flies. Also, I have to emphasize there were phenomenal amount of caddis were hatching. Plus Goldenstone and many species of mayflies were hatching too. Trout were interested in these dry-flies too. I understand many visiting anglers expect the most explosive actions with salmonfly dry-flies, especially if they have previously experienced one, however, me being a guide, this hatch on this river is just like any other hatches on the any other rivers. It's just the NATURE. So if I may offer an advise, bring your biggest expectation but also learn and accept what's going on this season and on the river.

My anglers and I chased the hatch. It seemed we chose a right section as we found this guy at the boat launch!! 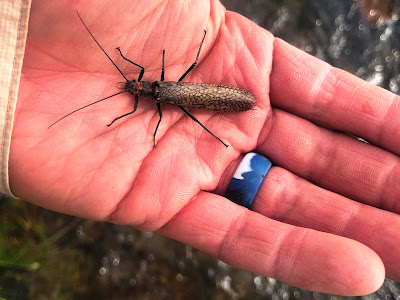 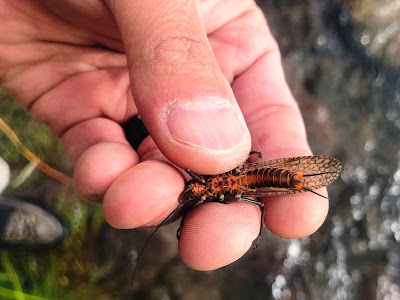 These were seen all through the section. 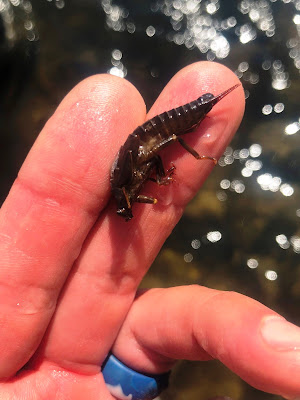 As the day got warmer, these guys became very active. 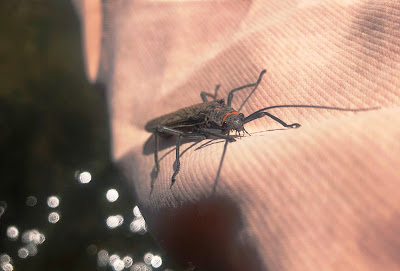 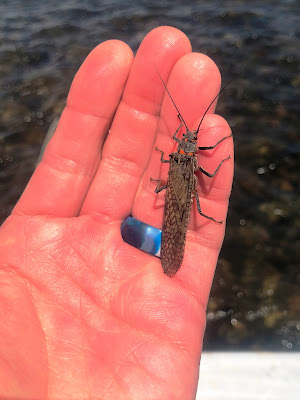 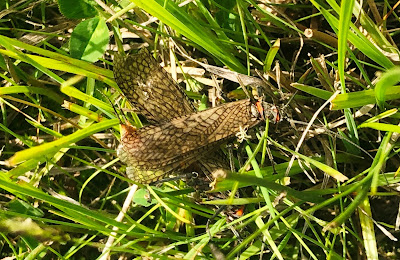 Then we had "calm before the storm" and that was our window of opportunity. 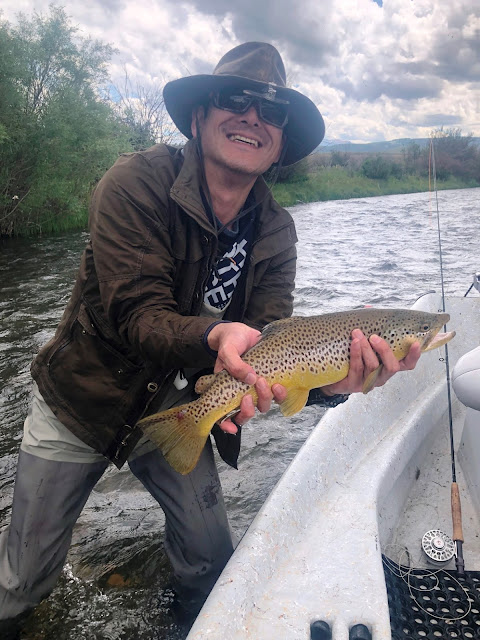 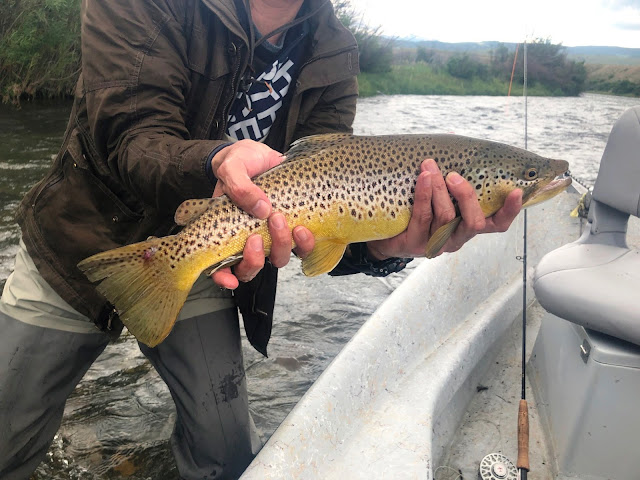 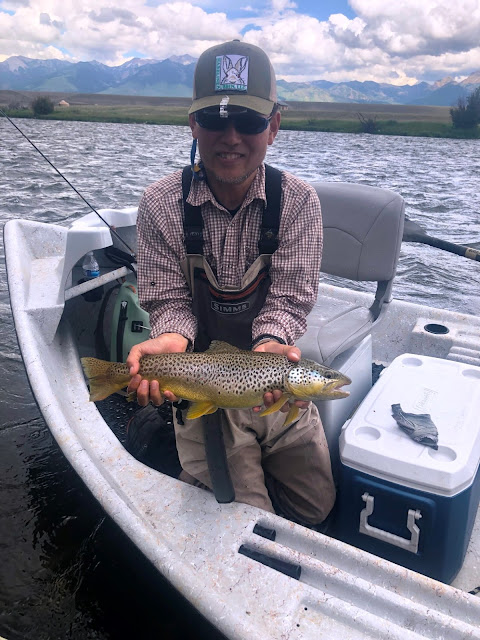 Next day on the other section, we saw these. If I may interpret, these guys just quit or got interrupted from hatching perhaps due to wet/cold weather. 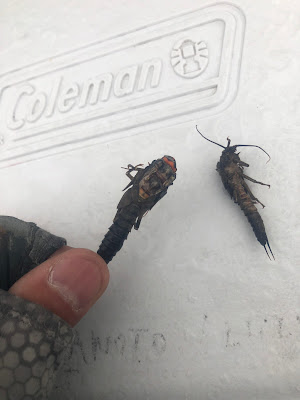 As I wrote above, we had some actions on Goldenstone and Caddis dry-flies too❗❗ 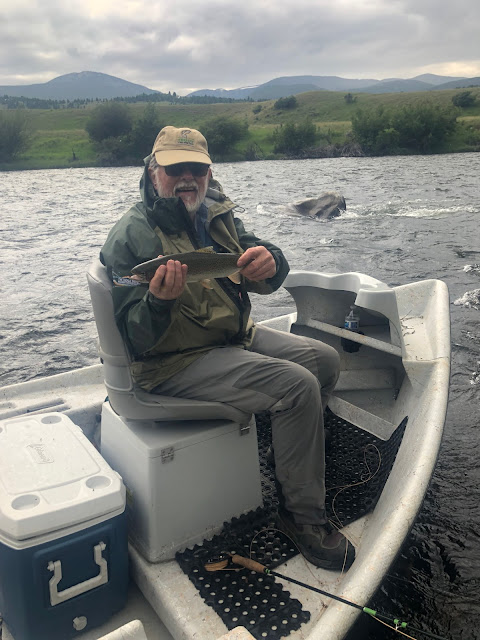 So this is what I experienced and learned this season with the salmonfly hatch on the Madison.
What was yours? Whatever you've got, I hope you had fun. Then next year and near future, come back with expectations and experiences😉❗❗
Posted by Lefty Angler at 11:45 AM