I have just purchased another beautiful soft-hackle material. I visited a fly shop in Bozeman for some supplies. I found what I needed then this product caught my eyes. It's a WHITING Coq de Leon hen cape (& wings). The moment I examined it out of the bag, my fly-tying imagination and knowledge intertwined. Then I asked myself "where is the money?", "do you really need it?" as parents persuade their kids crying for wanting things at any stores. Well, my soft-hackle addiction won. I had to get it. I was right as there are too many uses to mention from this pelt. I'd like to say this is somewhere between Hungarian partridge and grouse skins and also considering the availability of small feathers, it can be substituted for starling feathers. Another reason I decided to buy was because once I took it out of the bag, I couldn't put it back as it had been....... just kidding. 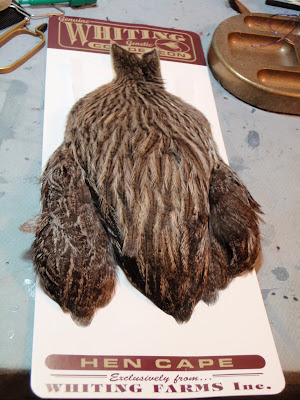 Color is what's called "mottled" = mix of black, brown, gray, white. I was actually looking for a badger cape for Doug's Home Invader in natural color. But this CdL turned out to be more interesting to make a mottled effects of sculpin. 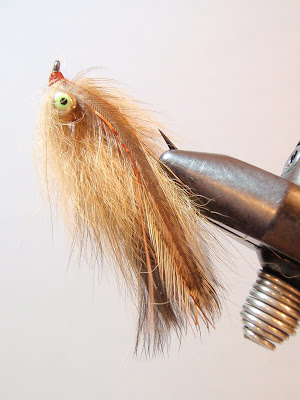 Then I researched more uses online. I was glad to see that there's always some tyers who see and think as I do. I copied this lovely cross-dresser. Tail is tied with large wing feathers in Matuka style and the rest is tied with longer hackles in a wet-fly style. 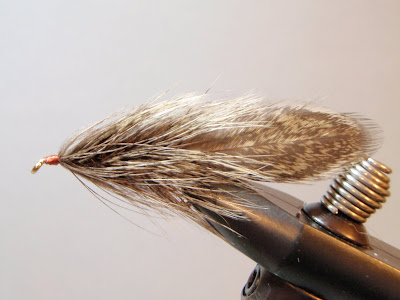 Here's its conehead version. Tied in smaller size, it reminds me of a small Slum Buster, which is one of my always go-to & secret flies at Paradise valley spring creeks. I'm sure I'll use it whenever I get there next time.

Now, here are soft-hackle or wet-fly ideas tied with CdL. First I used a wing feather for Mr. Nick's Soft Hackle - Caddis. It came out simply a darker version. 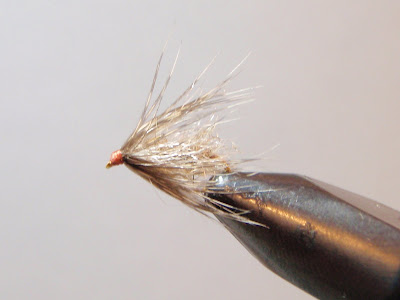 I felt I had to develop my own design. Mottled color and soft-hackle were needed to be together. I mixed up a combination of attractor nymph (beadhead), soft-hackle, and match-the-hatch. Tied in 14 or 16, I came out with a variation of PMD nymph. 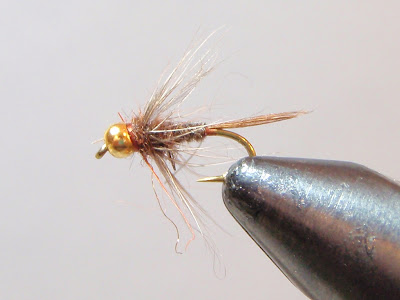 But right after I made a drawing for this design, I saw an exactly the same (or maybe just close) pattern from Orvis catalogue. So I can't claim it as original.............. Anyway it's good enough.


So I then tied without a beadhead. And it came out more lovely than the beadhead version at least for me!! This must imitate PMD nymph, emerger, and anything somewhere between in any water level and will be fished as a dry-fly, soft-hackle to swing, and nymph in some depth. And I believe this can be better, at least as good as, than PMD Foam Nymph. 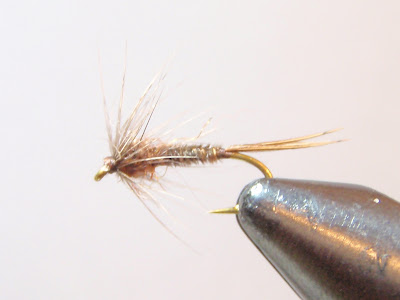 All of these flies will be soon in my fly sales catalogue. I'm thinking of their names for now.
Posted by Lefty Angler & Flies at 10:05 PM