We had several inches of snow, truly the first winter-like-weather one, but the same pattern repeated; nice weather came back today! I was half-hoping a reason or two not to go fishing and instead wishing to sleep in and watching DVDs.........I have a mission in my mind. I had to visit DePuy's Spring Creek.

Today was another observation day with some positive notes. First, at a spot I always check for "sight-fishing", I saw a group of trout, including a couple of large ones, were gathering up. I was positive some River-Trout were coming in. Next surprise was that I got a solid streamer bite while stripping and retrieving slowly. 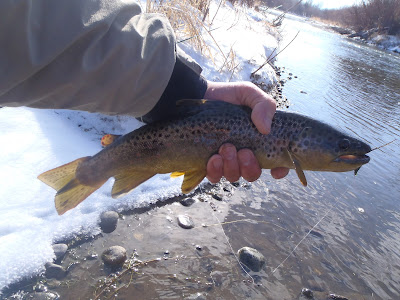 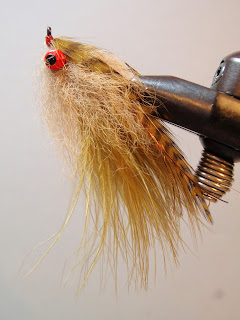 Next I moved to what's called, "PHD Pool". Is it so-called because the spot requires "PhD in trout fishing"? That I don't know. I have known there always are trout gathering but ultra hard to approach and cast. Today, I saw a real dark back who wouldn't get spooked with my several unsuccessful drifts. Suddenly the shadow darted and I felt a tag!! I did my best so the fish wouldn't go through the culvert. Got him!! As I saw from the top, he was dark indeed! Have I completed a super technical sight-fishing at the world famous spring creek and attained a "PhD in Fly-Fishing, majoring in Trout"? 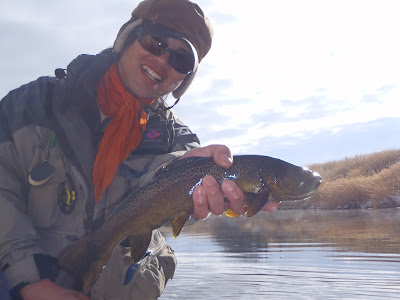 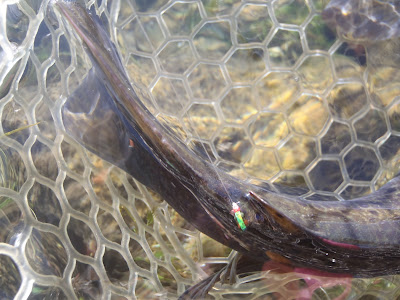 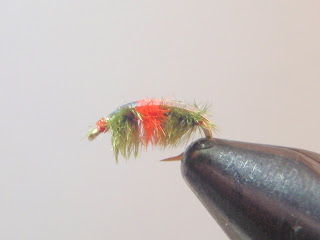 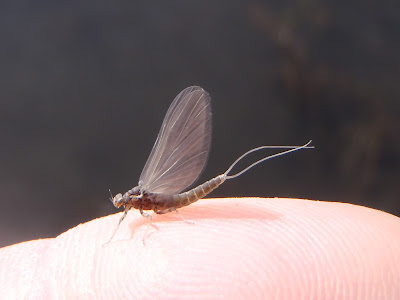 So were trout rising? Not yet........ trout were still hanging low and slow. Water temperature and intensity of hatch may have not reached trout's comfortable level.
It was really fun. I will be back next week and see what will happen!
Posted by Lefty Angler & Flies at 8:04 PM