Yesterday DePuy's (www.depuyspringcreek.com) was booked in full in this time of the year. (As said above I was doing other stuff but) it was a bit cruel that I could not get back for another shot for a potential trophy right on next day............. I was super anxious to get back this morning. Of course I'm always the first one at the creek!! Good start!! 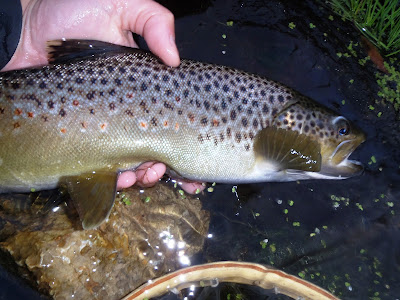 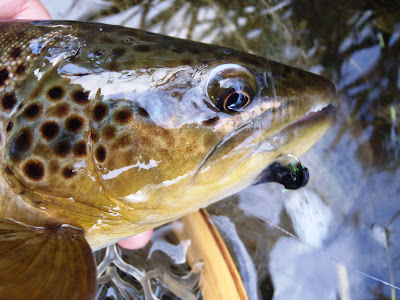 I moved from my always & most promising "trophy" spot. Drove and tried around other stretch of the creek. Finally!! 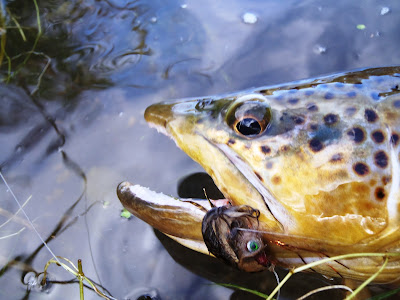 It wasn't my record breaking but colors & shape & strength truly belonged to "Fall-Runner"!! 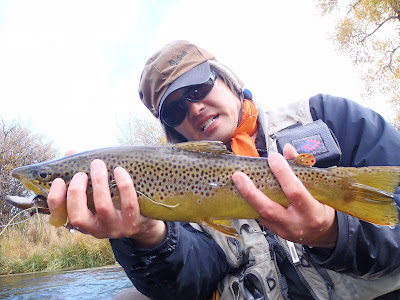 In spite of cold air, I soaked my sleeves..... He was about to bite on my camera!! 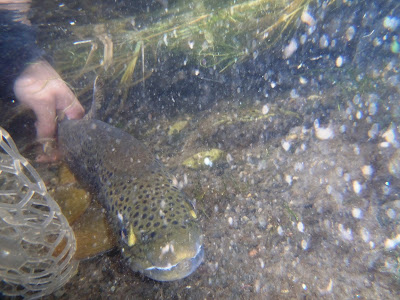 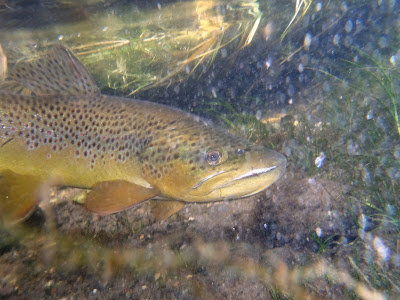 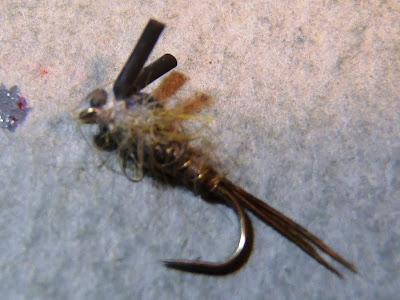 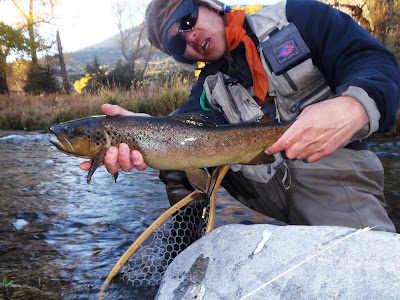 So it was a "one-way-or-the-other" day today......... Usually you would lose more fish with streamers than with dry-flies, don't you think so??
Weather pattern doesn't seem to matter for catching trout as the "RUN" and "HATCH" are so strong. Tomorrow, I gotta tie flies!! (plus some office works inside as a businessman!?)
Posted by Lefty Angler & Flies at 9:47 PM