I got home from another day at DePuy's (www.depuyspringcreek.com) with plenty of lessons and pictures. Let's go look!!

First of all, it was much nicer day today. At my regular first hole of the day, it was slow. Furthermore, I couldn't believe a BEAVER swam into the hole through my back and then in my face!! Then it kept circling there!! Beavers and muskrats cause lots of damages along creek banks so they have to be eliminated. I was equipped with only 6-wt rod and size-8 streamer. There was not much offence I could........

Streamer bites are off and on now, compared to last week. Just get myself started, well, I cracked eggs.......... 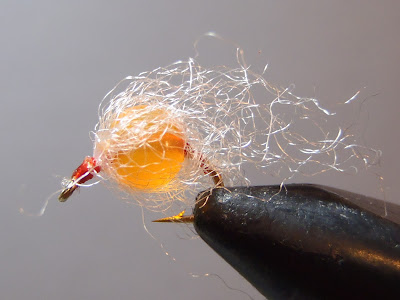 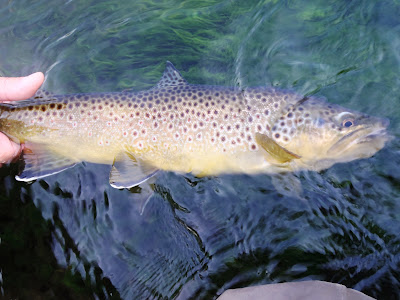 followed immediately by this massive 'Bow!! 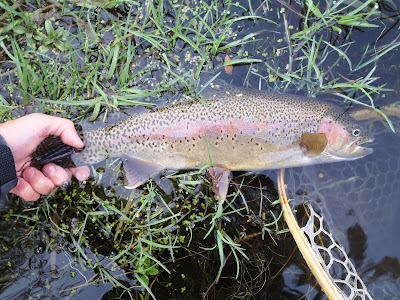 This brown was noting big but the take on streamer was impressive!! 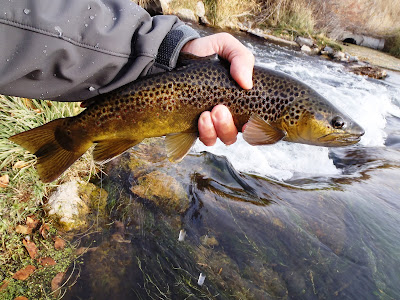 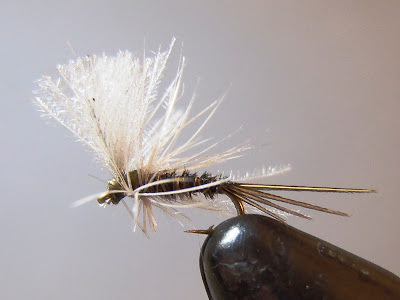 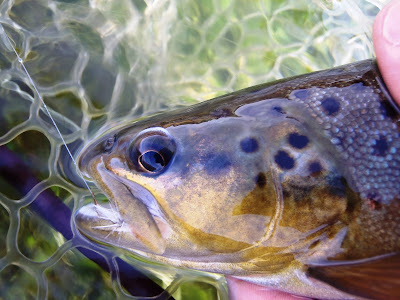 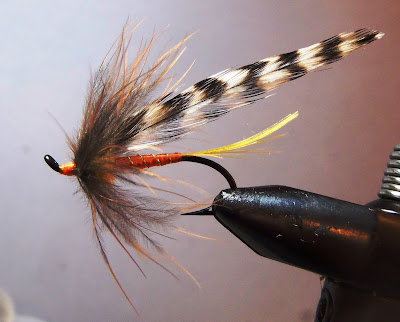 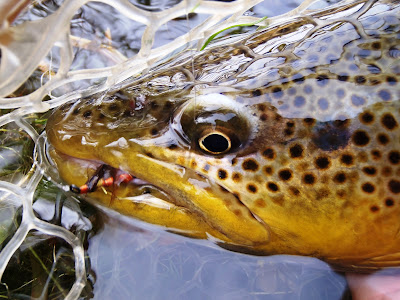 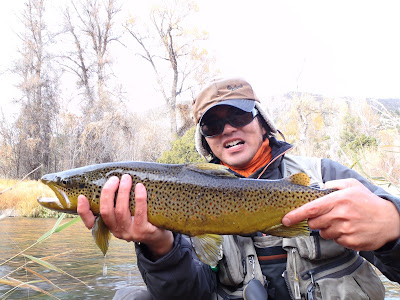 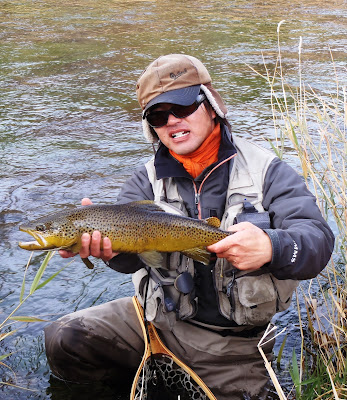 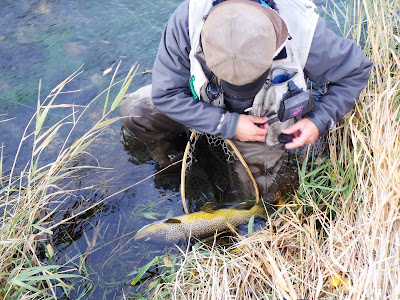 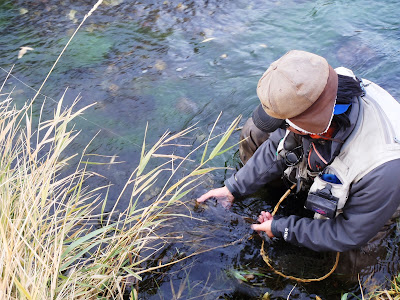 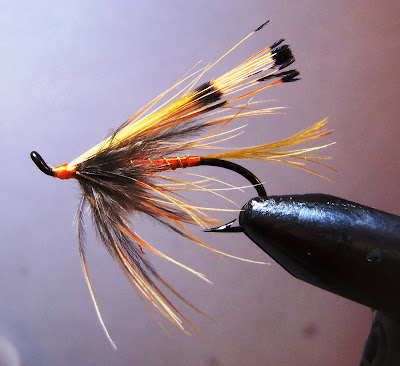 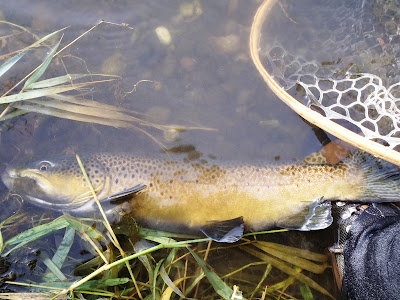 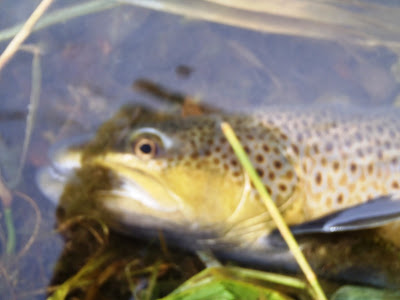 So today, I fished with Nymphs (actually eggs?), streamers, match-the-hatch dry-flies, and large soft-hackles. All of them were successful. But then again, swinging large soft-hackle caused some of the biggest takes of the year!! And that's my most favorite method to fish!!

Apparently I will have to post more about New Versions of COYOTEs. Well, I have just tied another new one to test tomorrow........... To be continued.
Posted by Lefty Angler & Flies at 9:22 PM