Before I go into technical experience of the day as DePuy's (www.depuyspringcreek.com), this morning I started like this........ Both worked. If I would catch rainbows, I was going to do stomach-pump to see what they would be feeding now (I didn't catch rainbows this morning.....) 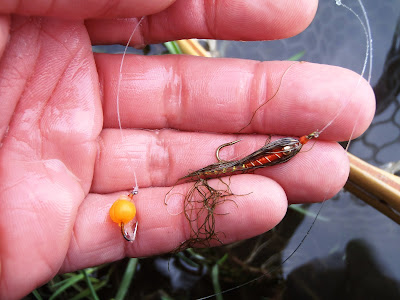 I didn't do stomach-pumps on large browns as they must be exhausted from spawning and most likely empty. I just caught a few and that was enough...... 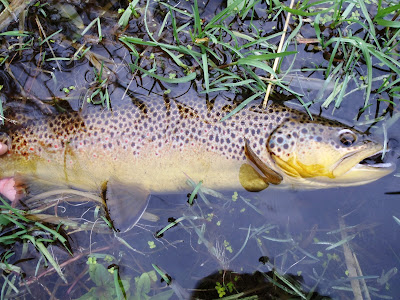 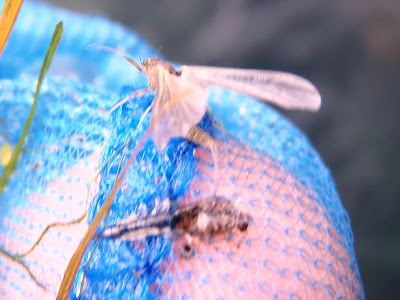 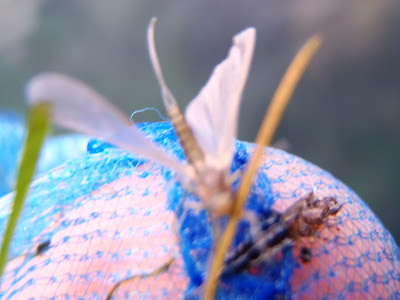 OK, BWO then. Not midges (though I tried a midge emerger pattern twice). Dead-drifting dry fly dun + nymph droppers (any combo) had not been successful either. Neither had typical soft-hackle swings. I had one more method to try: TWITCH (especially soft-hackle type flies) as advised by Master Angler because BWO nymphs are very active swimmers (remember that, everyone!!). Also I added my interpretation and observation of the situation. Trout were taking even duns "below the film" as I collected such duns with my seine. Drowned? or something wrong with this batch of BWOs? That I don't know. Anyway, I rigged up CDC Dun trailed with small & sparse soft-hackle. Though same angle of presentation for dead-drift, this time I twitched to DROWN my dun below the film (of course I expected Soft-hackle would be hit......) 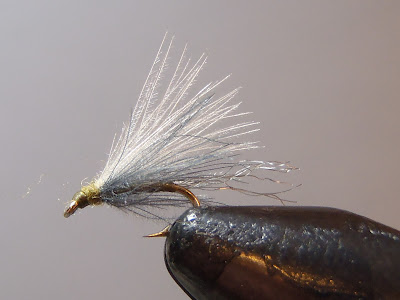 BINGO!!! I finally finally finally had a hit where I'd seen the rise and the motion to my flies was just the same as to naturals it was doing. This cute little 12-incher took the DROWNED dun!! This picture was taken at 2:03PM..........indeed I was working for 80 MINUTES!!! 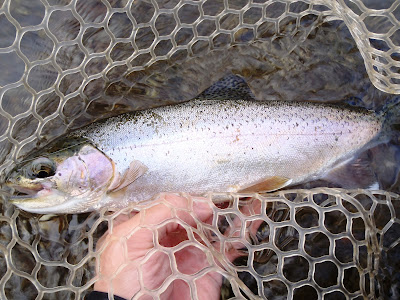 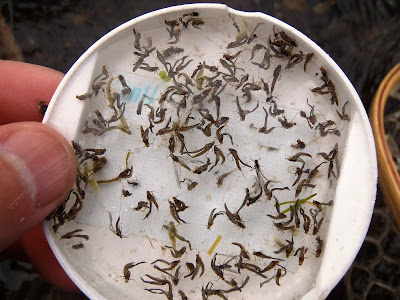 Look closer, there were all kinds/stages of BWOs and NOTICE PMD were there too!!! 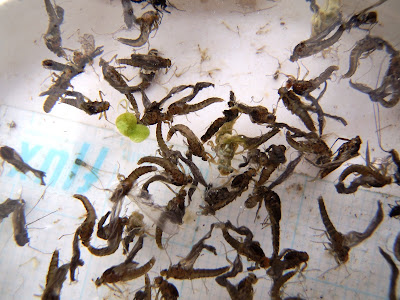 As I observed at the beginning, there were 3 trout in that spot. By doing the same twitch, the second one took my fly but gone. Moment after, I moved the third one again by "twitch". Nice brown this time!!! 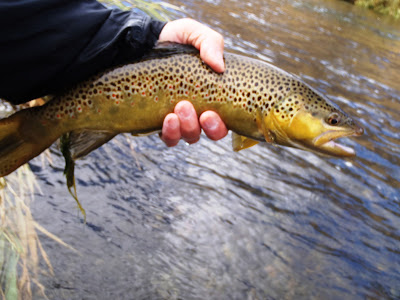 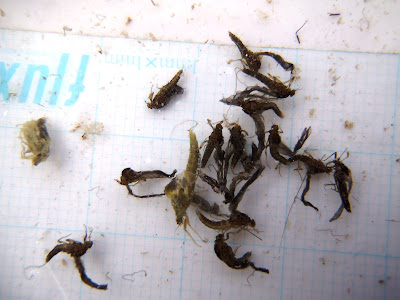 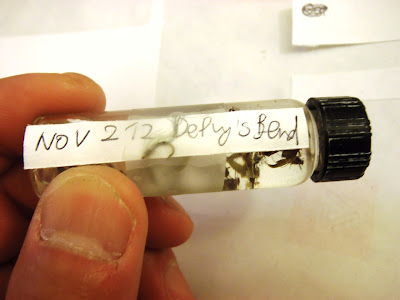 Twitching is different from swinging. Also twitching is stripping fly-line barely 1~1.5-inch. Done where trout are locked in to feed, they take twitched flies just as they take naturals at the same position (while swinging cause them to chase certain distance, that's the difference).

Most of anglers, especially who claim to be dry-fly enthusiasts, would have never solved this situation if they would stick with certain methods and techniques. Then they would argue "trout are getting educated!!" or "we need 8X and 11X for dropper!!"............Not really, trout are doing what they want to do = eat as much with minimum effort!!! It's all about observation and "think like trout". And let me tell you, my go-to tippet for dry-fly at spring creeks is 5X and so was today!! Indeed "20-20" of the other day (20-inch brown caught on size 20 dry-fly) was with 4X!!

Well, I solved the puzzle!! At least for today at one spot.
"Learning and Observation will never end."
"Spring Creek is the classroom of fly-fishing."
These are my mantras. With the booty shown above, now I have more to think and design for more fly patterns. Then Tom assigned me more homework.........I'll go back tomorrow....
Posted by Lefty Angler & Flies at 8:33 PM