Every angler would have his/her own favorite hatch and season. To me, it's the Fall baetis. I really consider Fall baetis is the most challenging and technical, especially at DePuy's Spring Creek (www.depuyspringcreek.com). It's not just due to the character of the creek. It's rather because of the season. By late October, trout are pretty much fed up. They would still eat just to maintain their weight for spawning and then wintering. They are not eating to gain weight any more. As both air & water temperatures going down, trout's metabolism is also going down, which translates their appetite is also going down. Also by then, trout in every stream have seen all kinds of flies and wading boots around them. Furthermore, water level gets significantly lower than summer months. Trout will still rise to feed on the surface when baetis hatch is decent. But to have them eat our flies, we gotta show every fly pattern and skill we've got!!

As you know we usually refer baetis as Blue-Winged-Olive or BWO. However, this season, I hesitate to use BWO because insects I've been observing this fall at DePuy's seem different from what we've been calling BWO = dark-olive body, sizes 20-22. Not just I but also keen anglers report the same. What we've been observing are gray or light gray, majority of them are size 24 and some mix of 22. 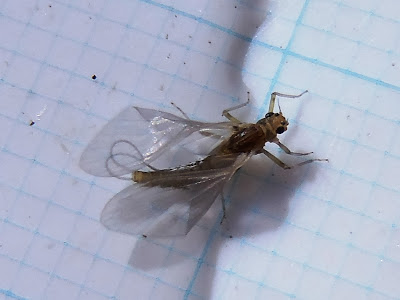 Furthermore, as always, I'd love to put myself into a sadistically challenging spot. Right now, Annie's Run (or Upper Flat) is offering some of the toughest fishing situation I've ever experienced!! And if I do it right (or just be lucky!?), trout there are large and strong!! That said, I don't mind sharing this. For this afternoon, I actually had no crew. I left my line-leader-flies unattended after the drift and was watch the water surface for bugs. I suddenly felt a nice tug!? My flies must have been among rising trout and one hooked itself!! I took a liberty to bring in, not for satisfaction but more importantly for stomach pumping!! Yet it was a beautiful 'Bow!! 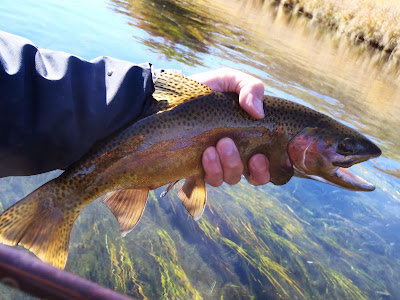 AHHHH!! Problem solved!! (at least that afternoon!!) They were feeding on ascending nymphs!! That was why I couldn't take them on dun imitations. 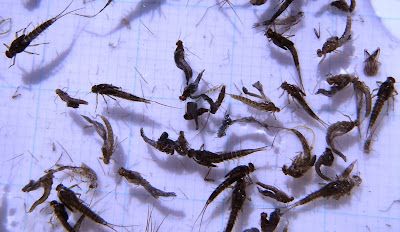 I dug out this one from my box!! 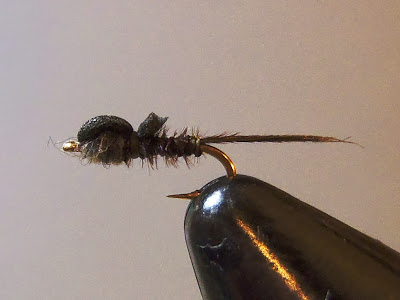 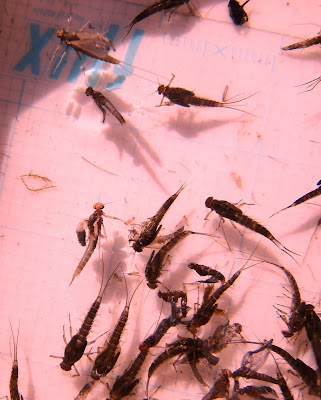 I consider this spot is now the most technical spot of the creek and one or two trout are always there rising and they seem VERY LARGE!! Just hard to get them eat my offerings. See the rise ring? 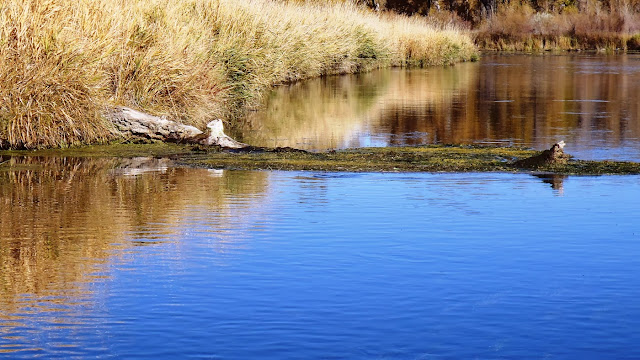 I confess that I couldn't take them. For the consolation, I targeted slightly easier spots (yet those were still tougher than other spots). Nice brown!! 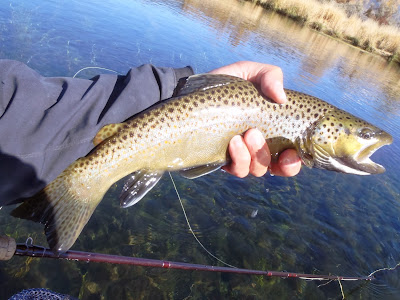 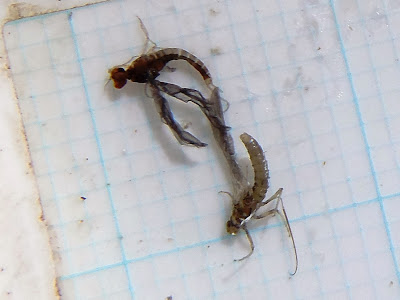 This was at the Lower Creek. After majority of hatch was over, some trout were still rising. I could manage one! 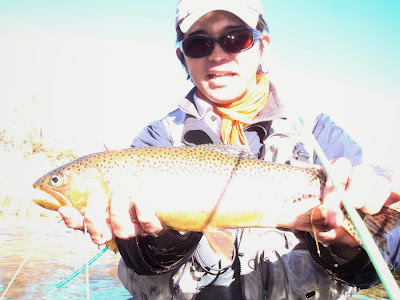 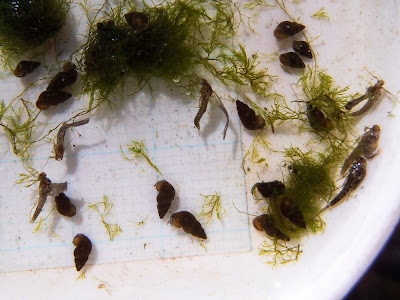 Again, I was working on the tough spot above and gave up....... Targeted slightly easier risers and gotcha!! 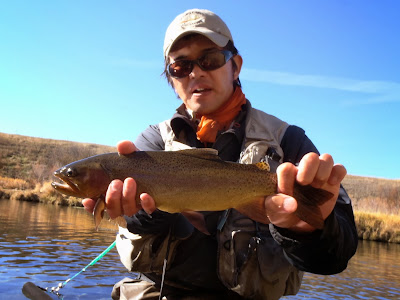 Of course I was happy!! 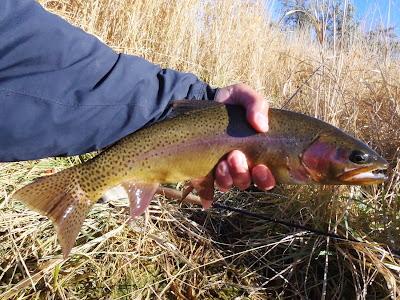 This one rose on this Foam Para Emerger, 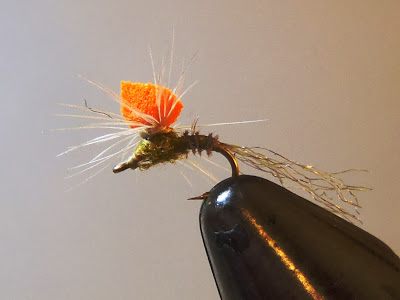 But its contents were more nymphs than duns/emergers!! Don't confuse me!! 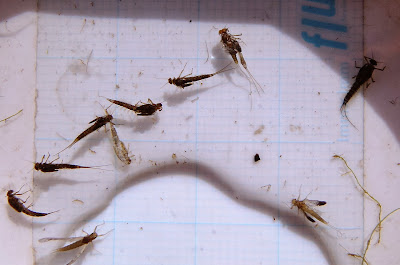 Other patterns that I rotate and that are also effective are slight modifications of existing patterns.
No Hackle Gnat 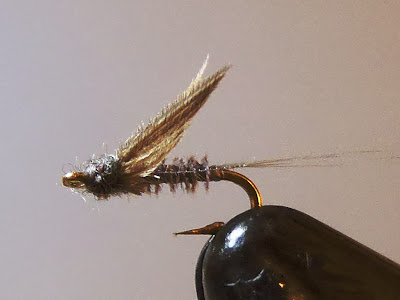 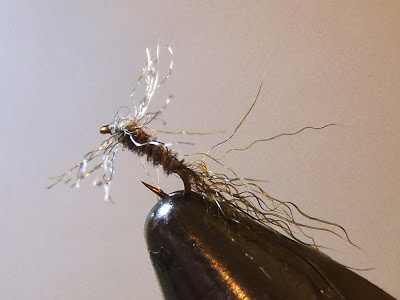 I have more patterns to show. They will all be on my sales site and YouTube channel during the winter. Keep checking!!
Also I'm contacting an entomologist to identify this baetis. As soon as I hear something I'll share with you at here.......
Let me see how long this hatch will last. Will regular "dark-olive" be back with the storm expected in next week? To be continued...............
Posted by Lefty Angler at 7:46 PM