It's just a right weather for me: touch of spring yet there's still a grip of winter.
This season, I must be one of a few "real" anglers who observed and fished for Spring Baetis (blue-wing-olive) at Livingston's spring creeks. My past notes tell me that usually hatches of midges and baetis and accompanied trout rises occur in late March (though people who don't really fish creeks would speculate much earlier!). This is indeed very early, which I don't mind! Furthermore, this is not a temporal-&-varying-day-by-day thing. I can set the clock and expect already! Amazing!

Let's look back the first week of March! Stage is, as always, at DePuy's Spring Creek!
I observed a subsurface rise. I calculated the distance and the sinking rate of my subsurface fly = Master Angler PT. BINGO!! 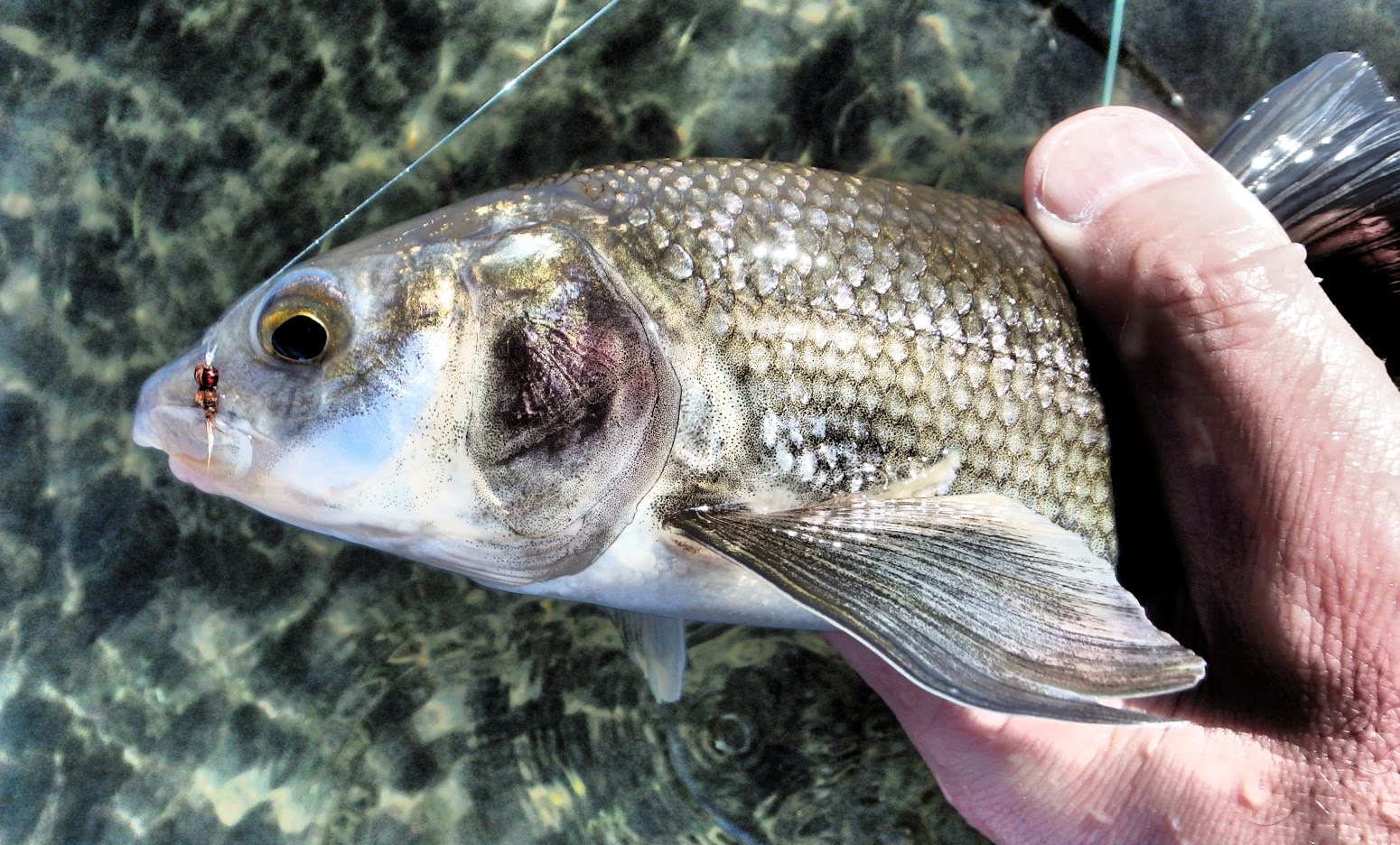 A stomach sample from a little rainbow (no picture) show exactly what I saw in the air and on the water = midge and baetis. 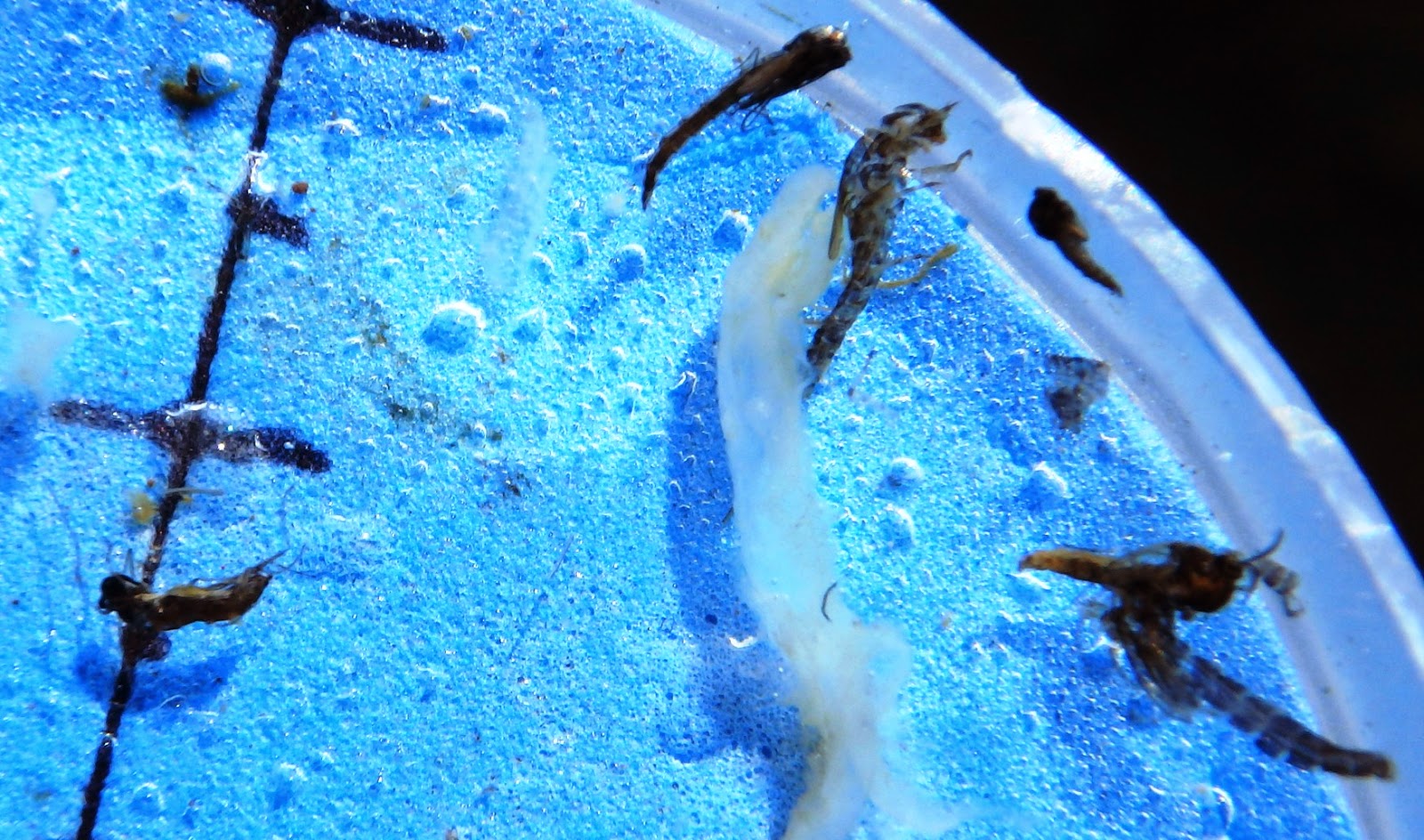 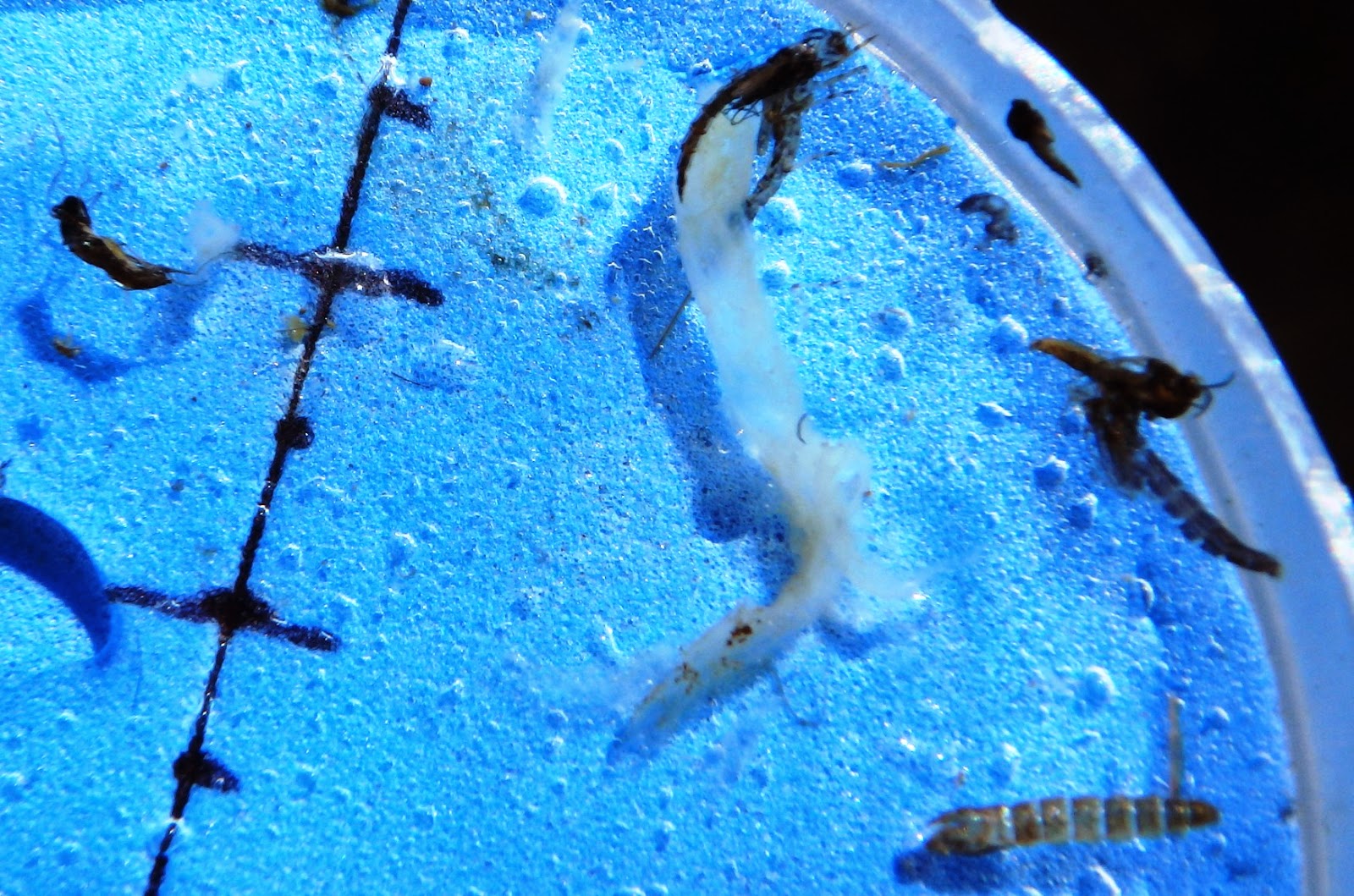 Can't be happier than this! 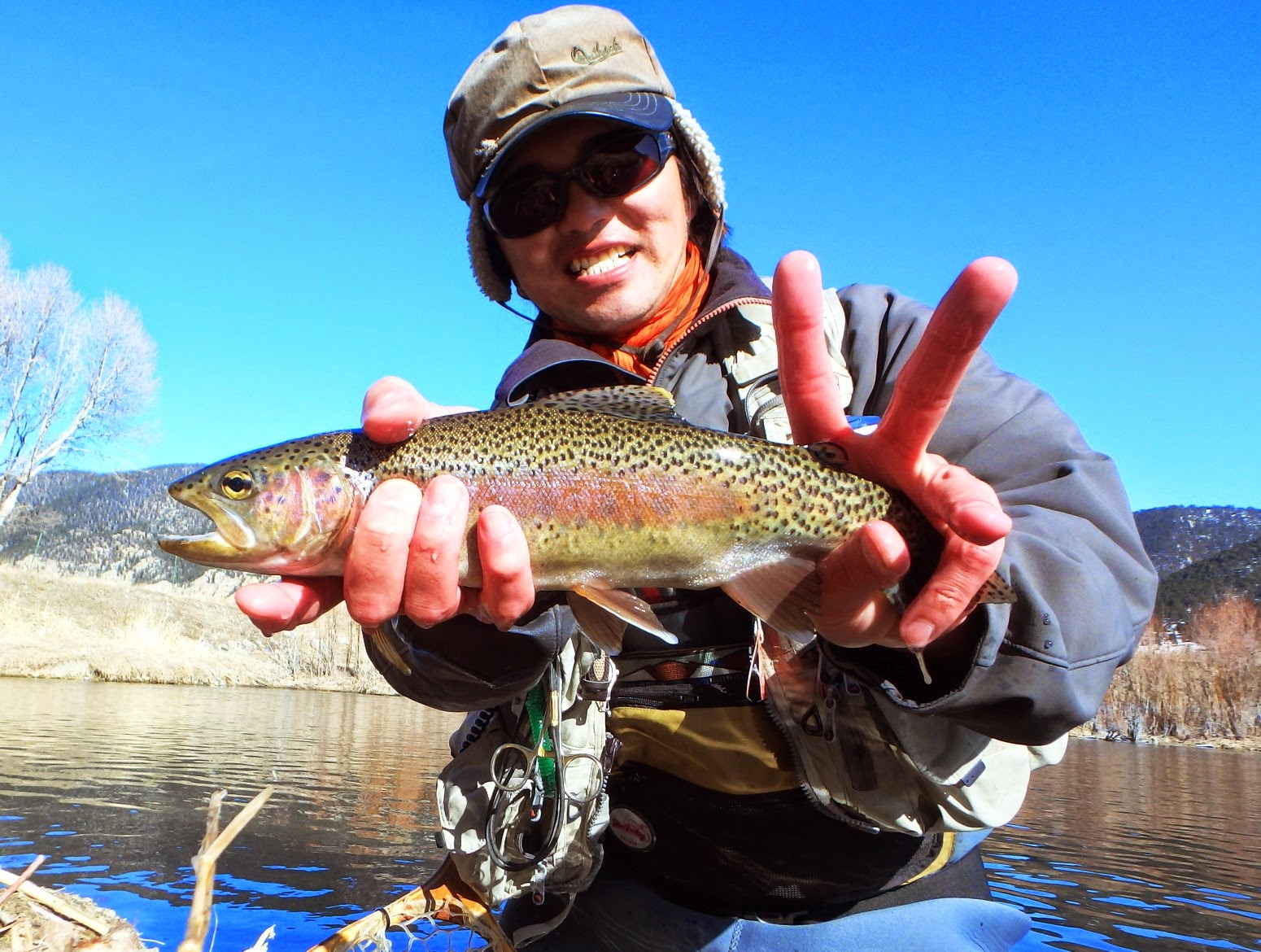 By a pure accident, mirror effect was achieved! 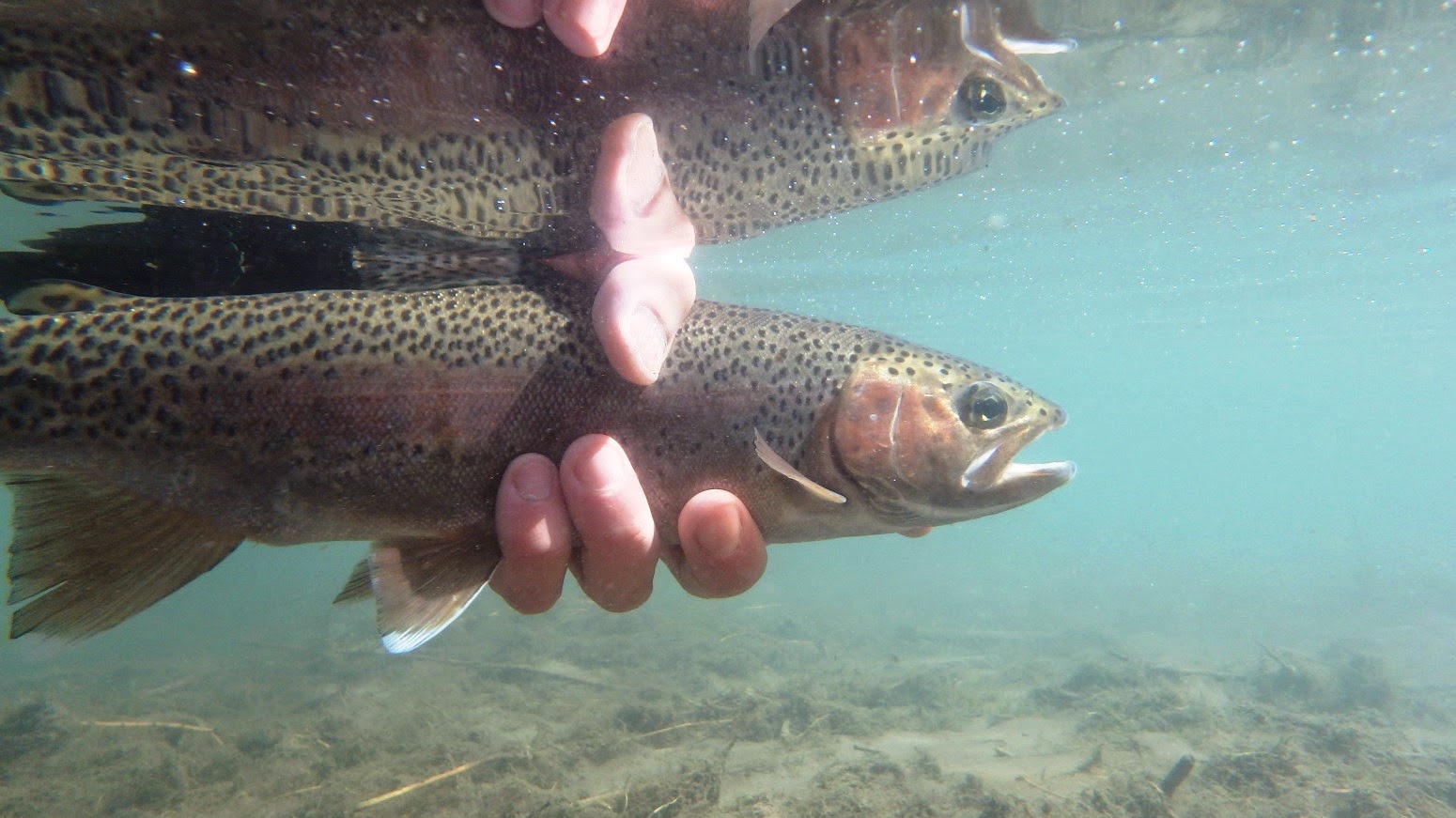 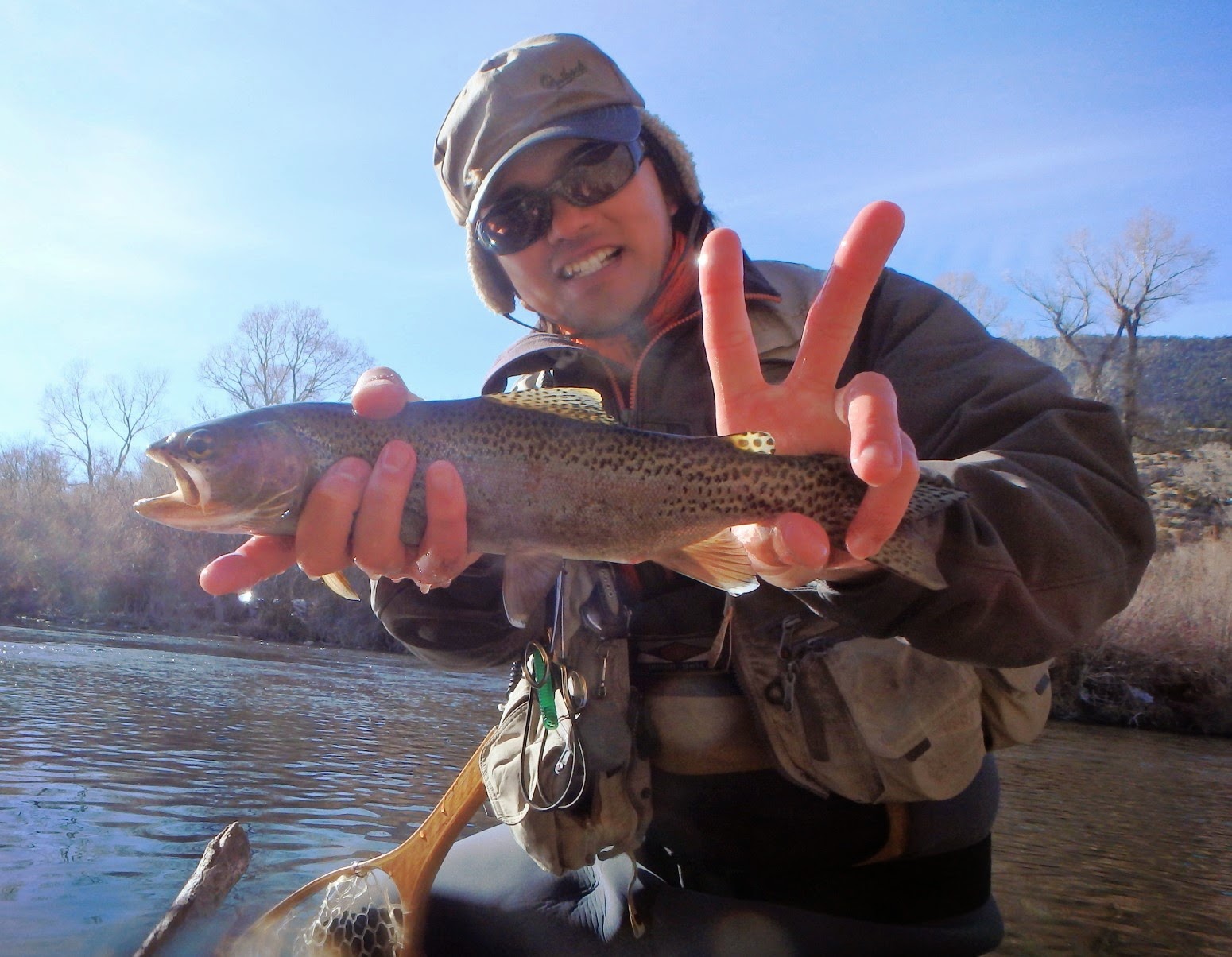 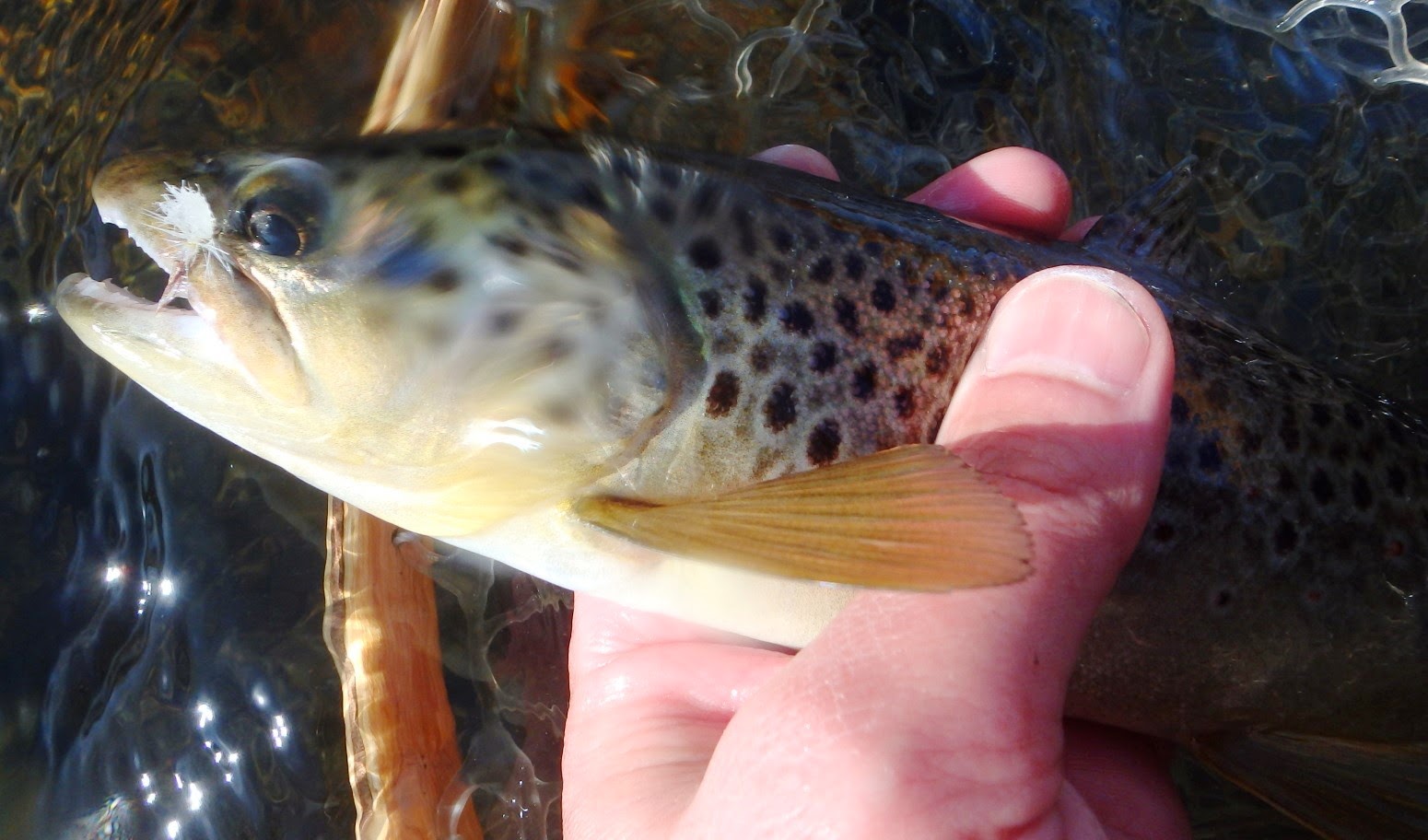 When I visited Hopper Juan during Fly Fishing Show in Denver, he offered me a couple of his own baetis patterns. They all look great and I was obliged to test. The first pattern I tied on brought me the first Yellowstone Cutthroat for the year! 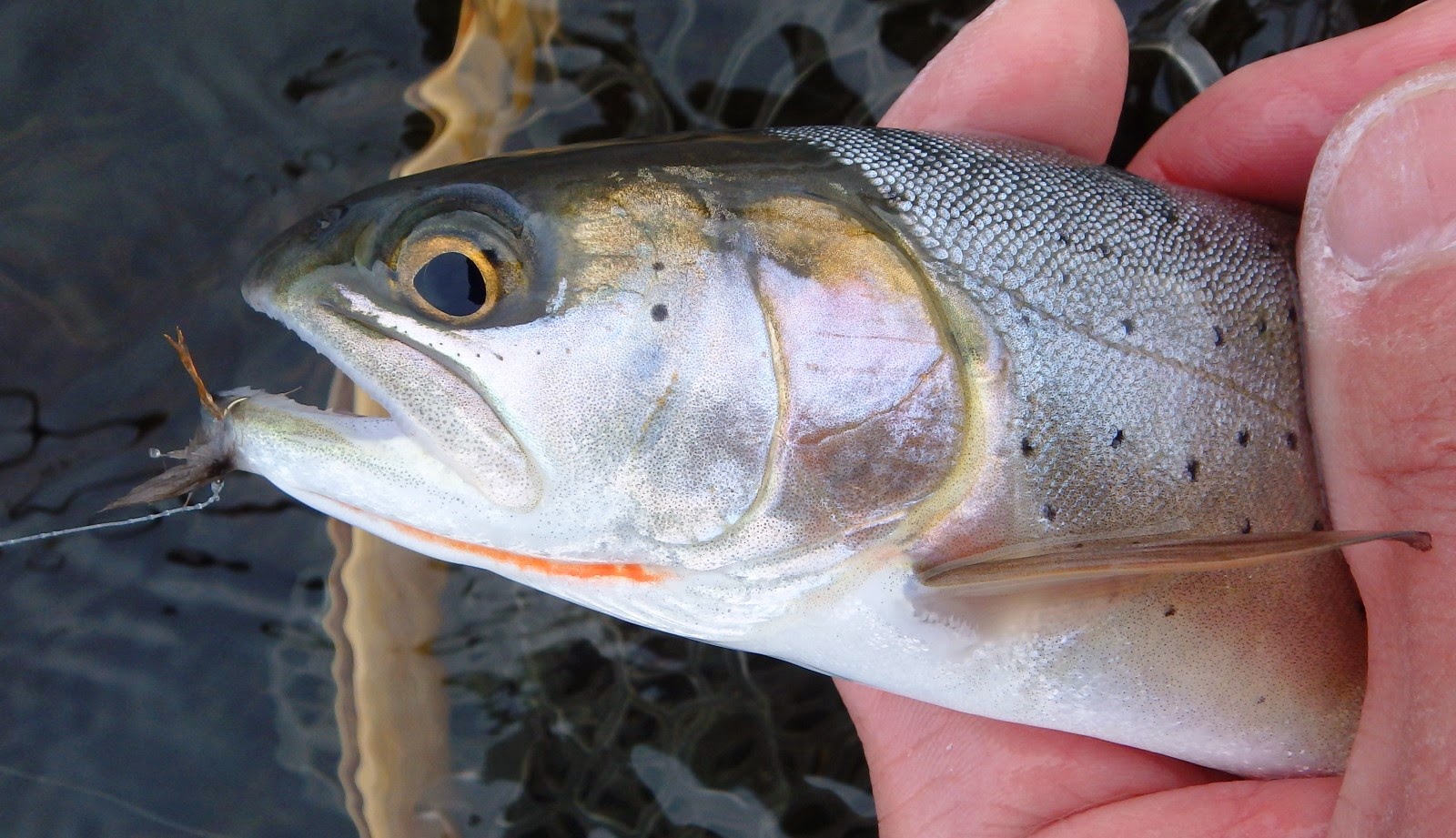 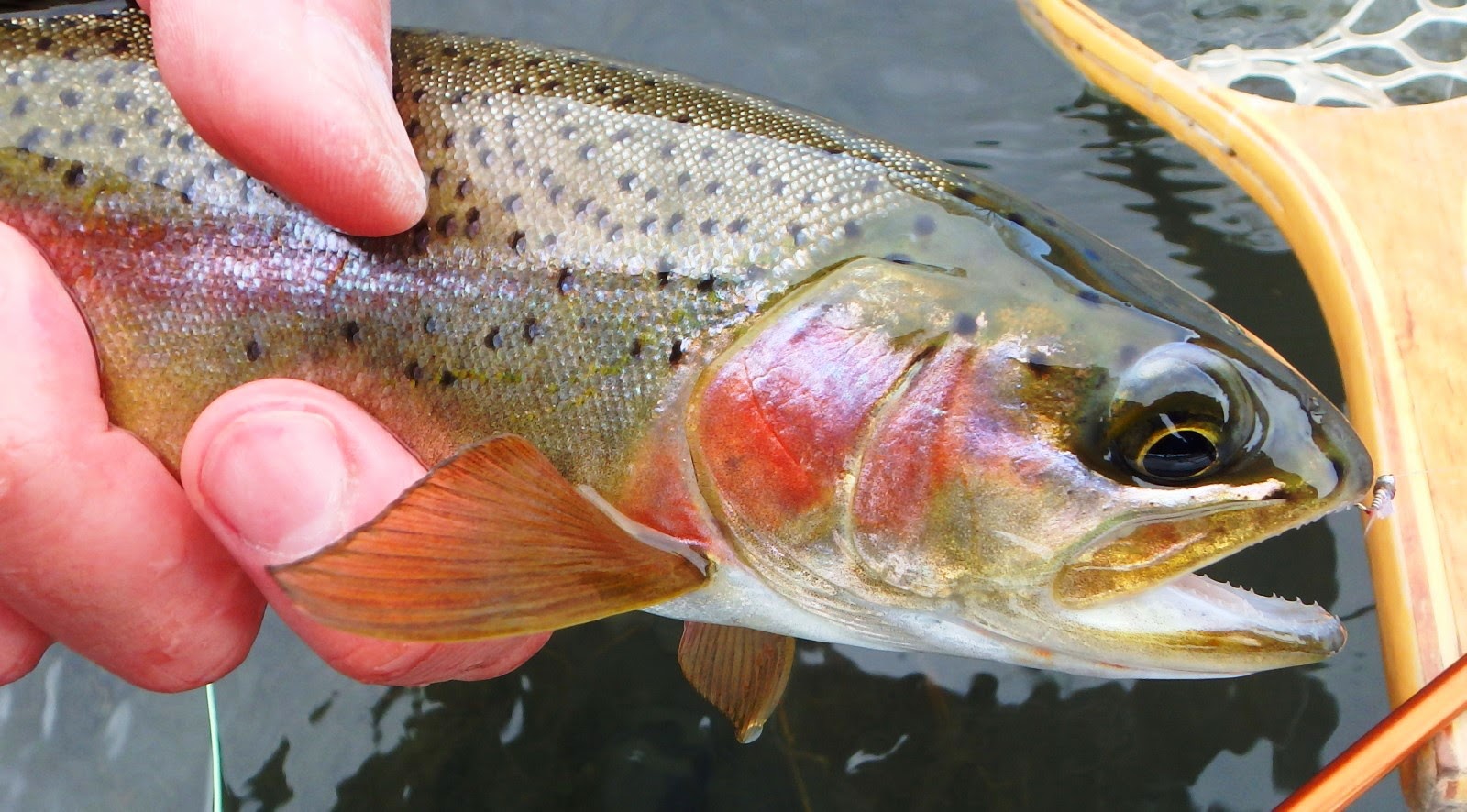 This is what I call "Yellowstone Chromer".....

This was very satisfying brown!! 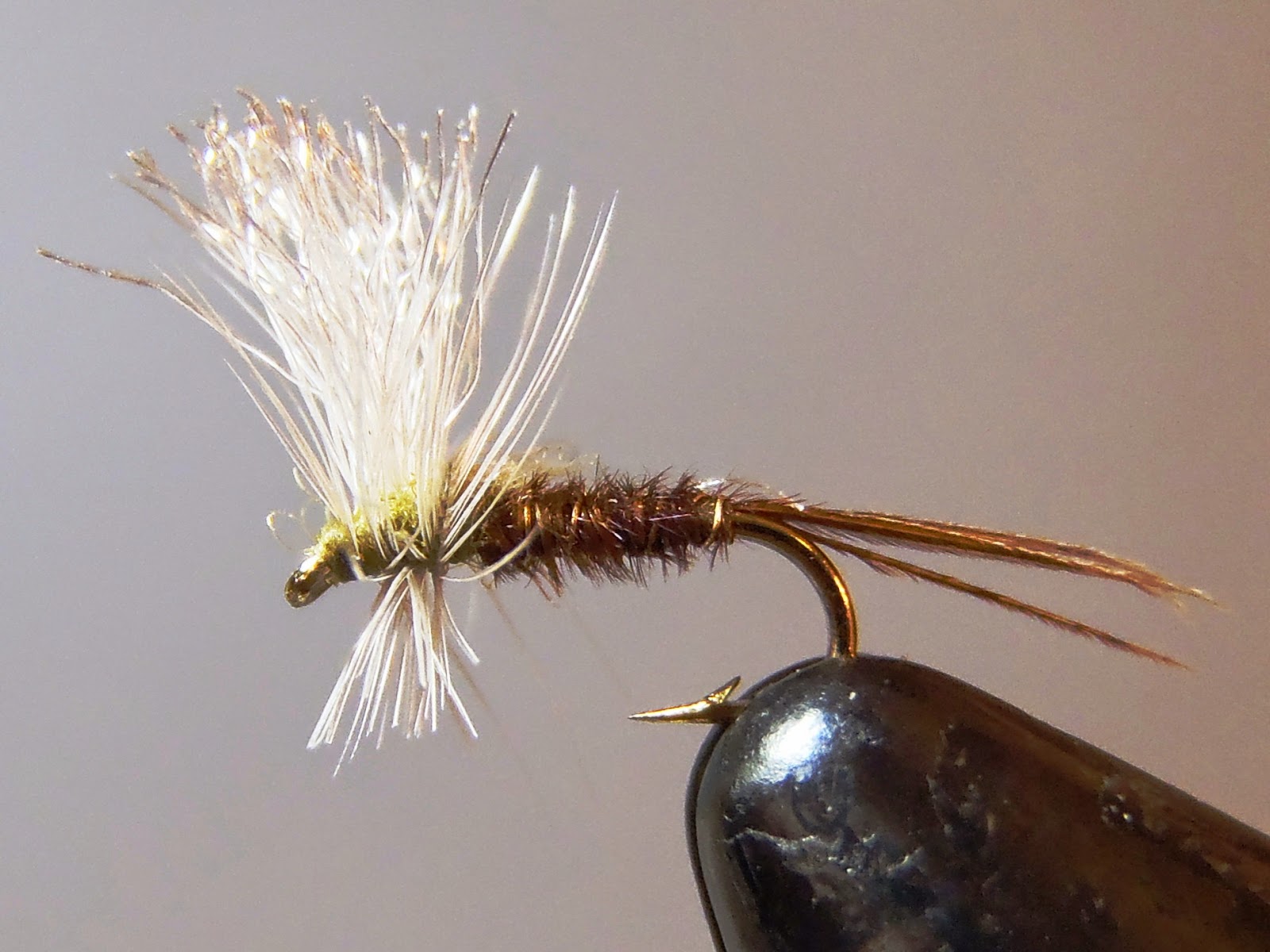 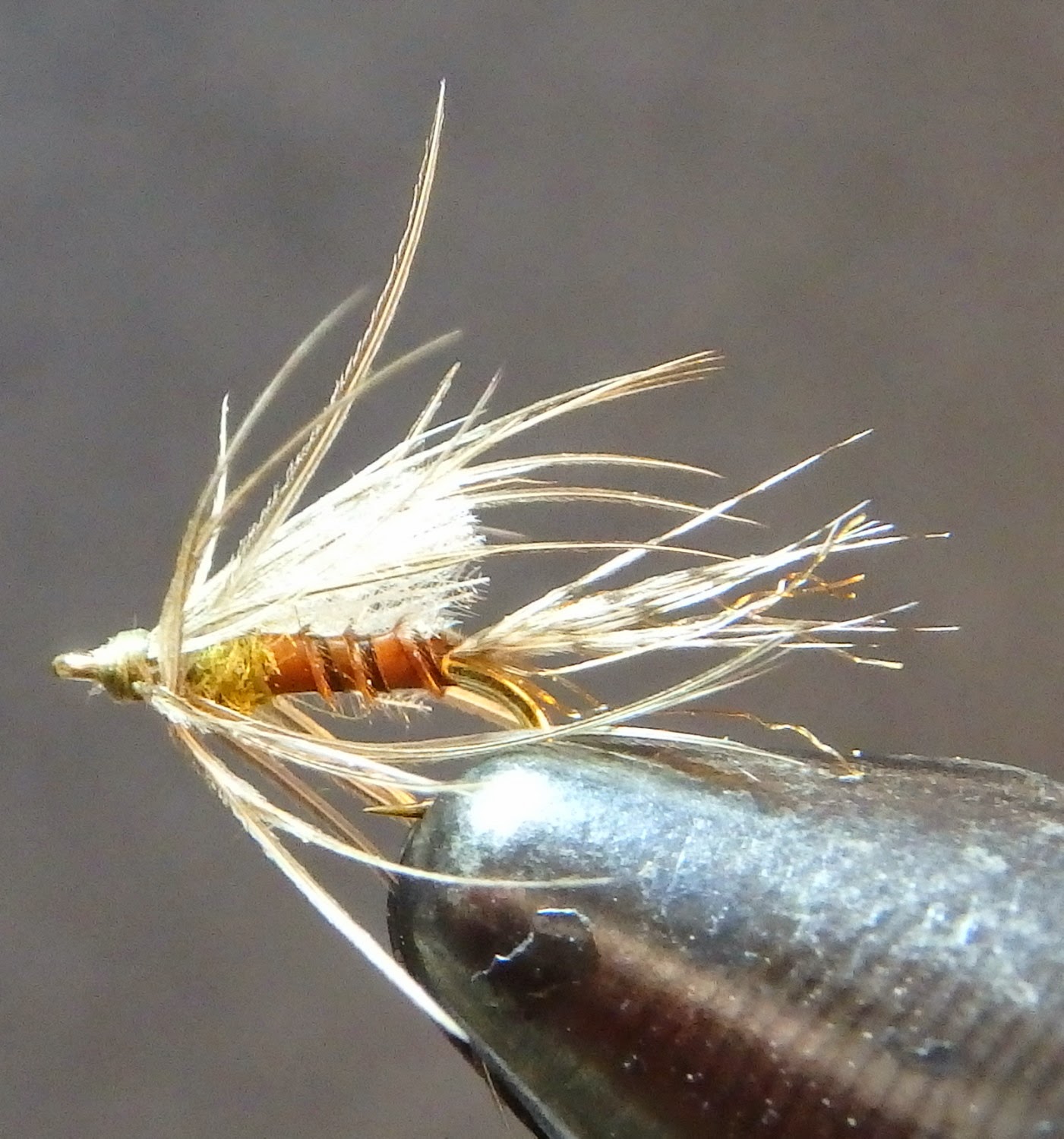 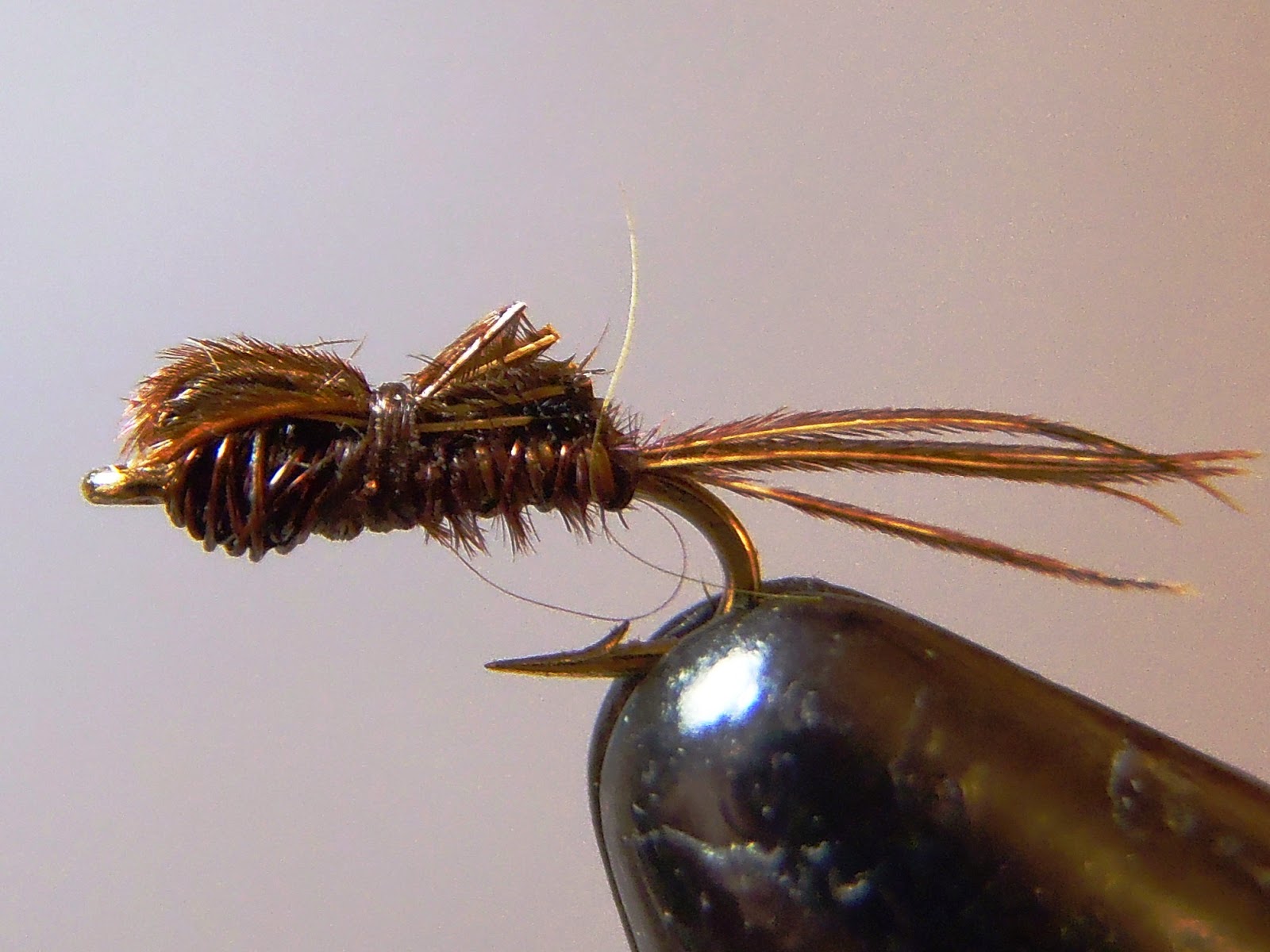 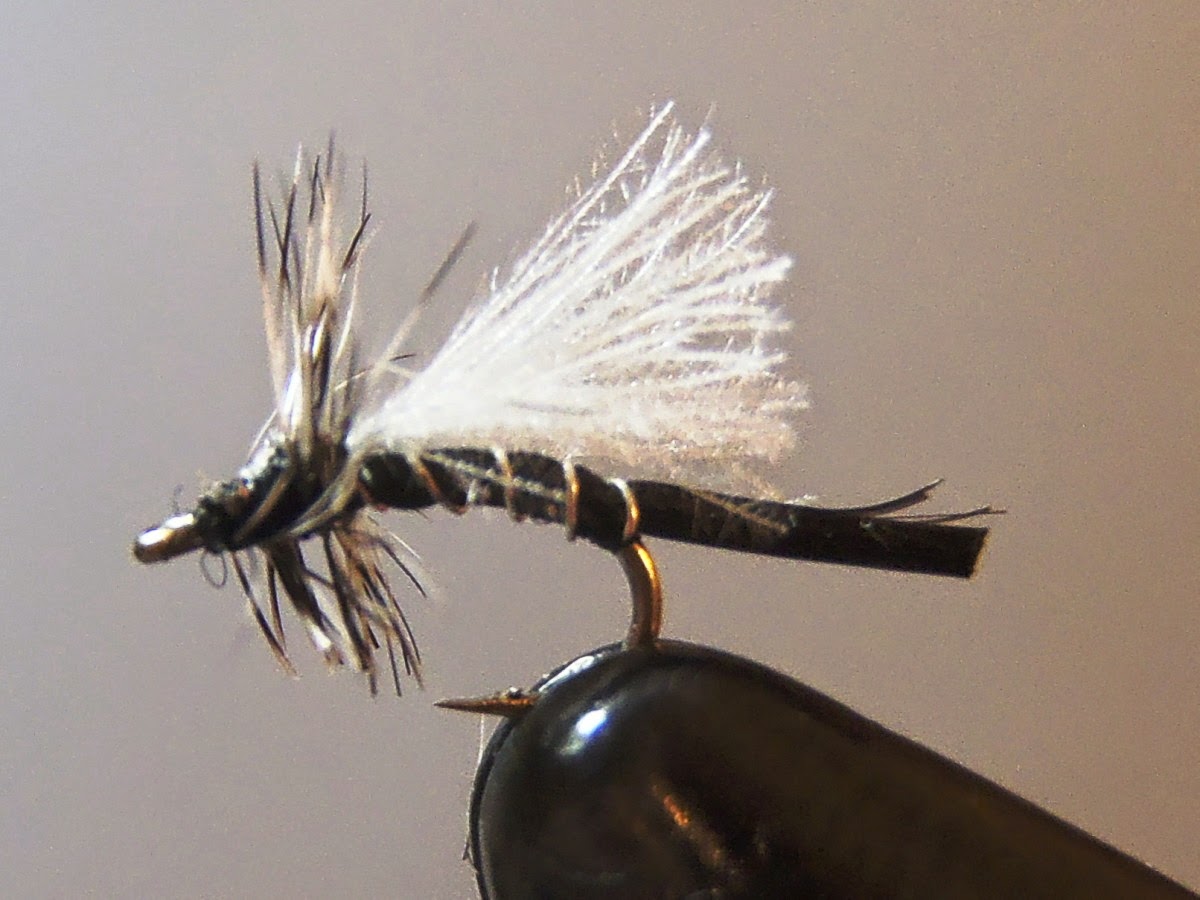 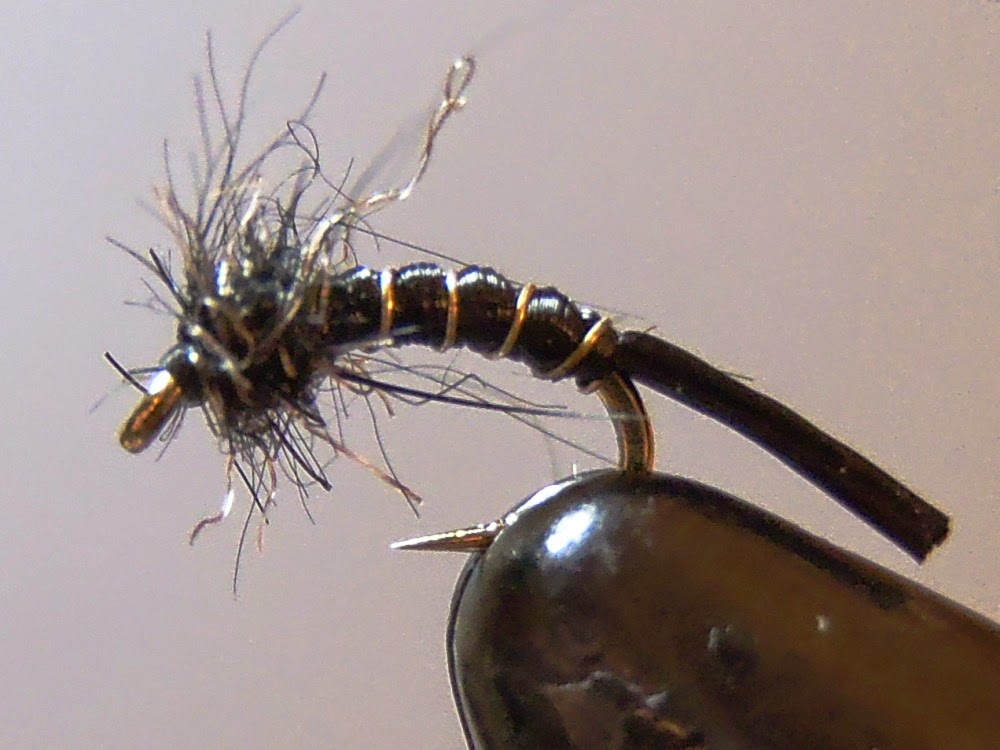 Cutthroat in this size & color is always pretty to my eyes! Again seeing one like this in the creek seems earlier than normal year.........

Browns are very hard-fighting this season! 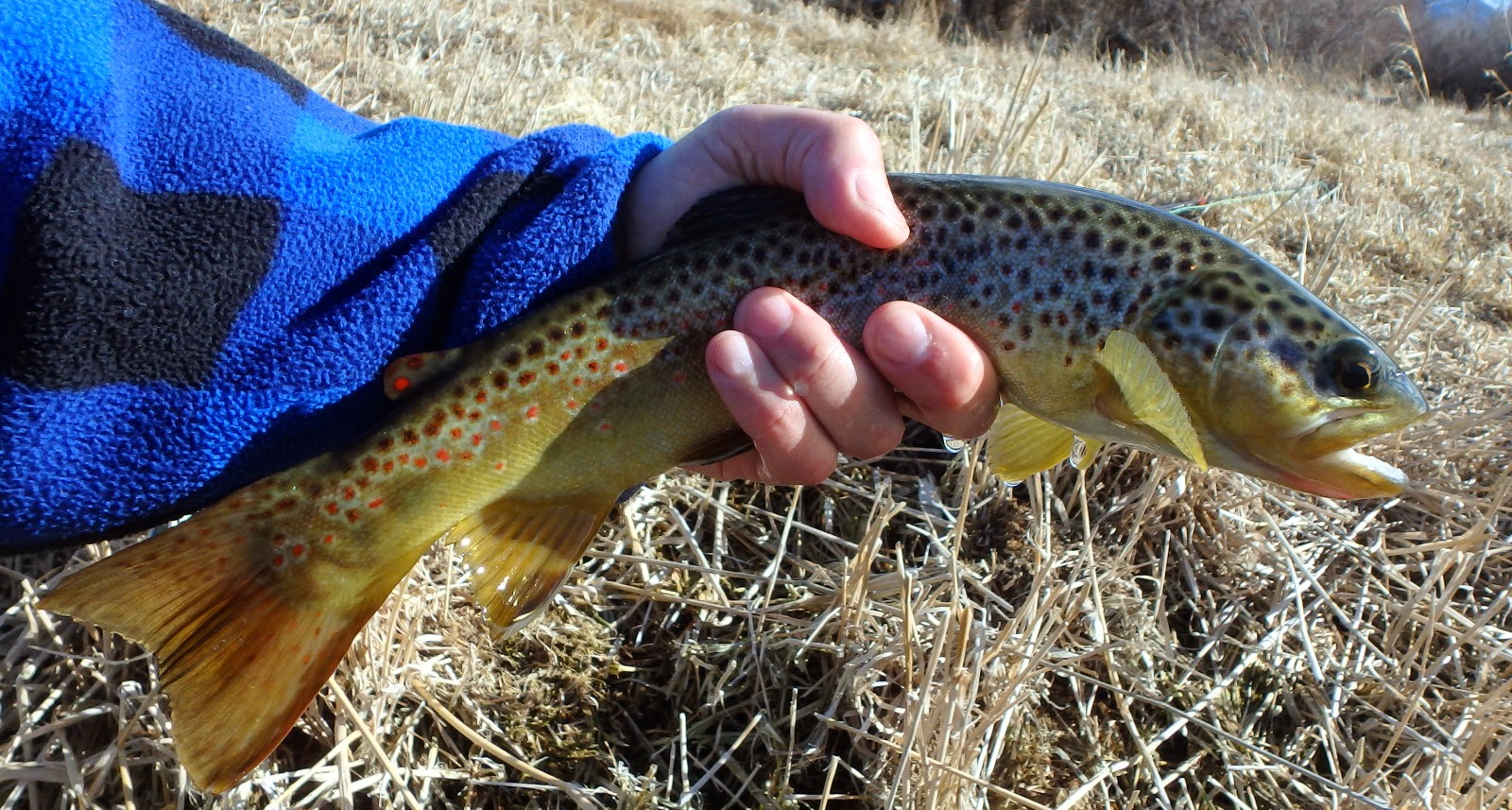 Regardless of sizes, they fight like tuned-up rainbows!! Wonder how strong they gonna be in summer? 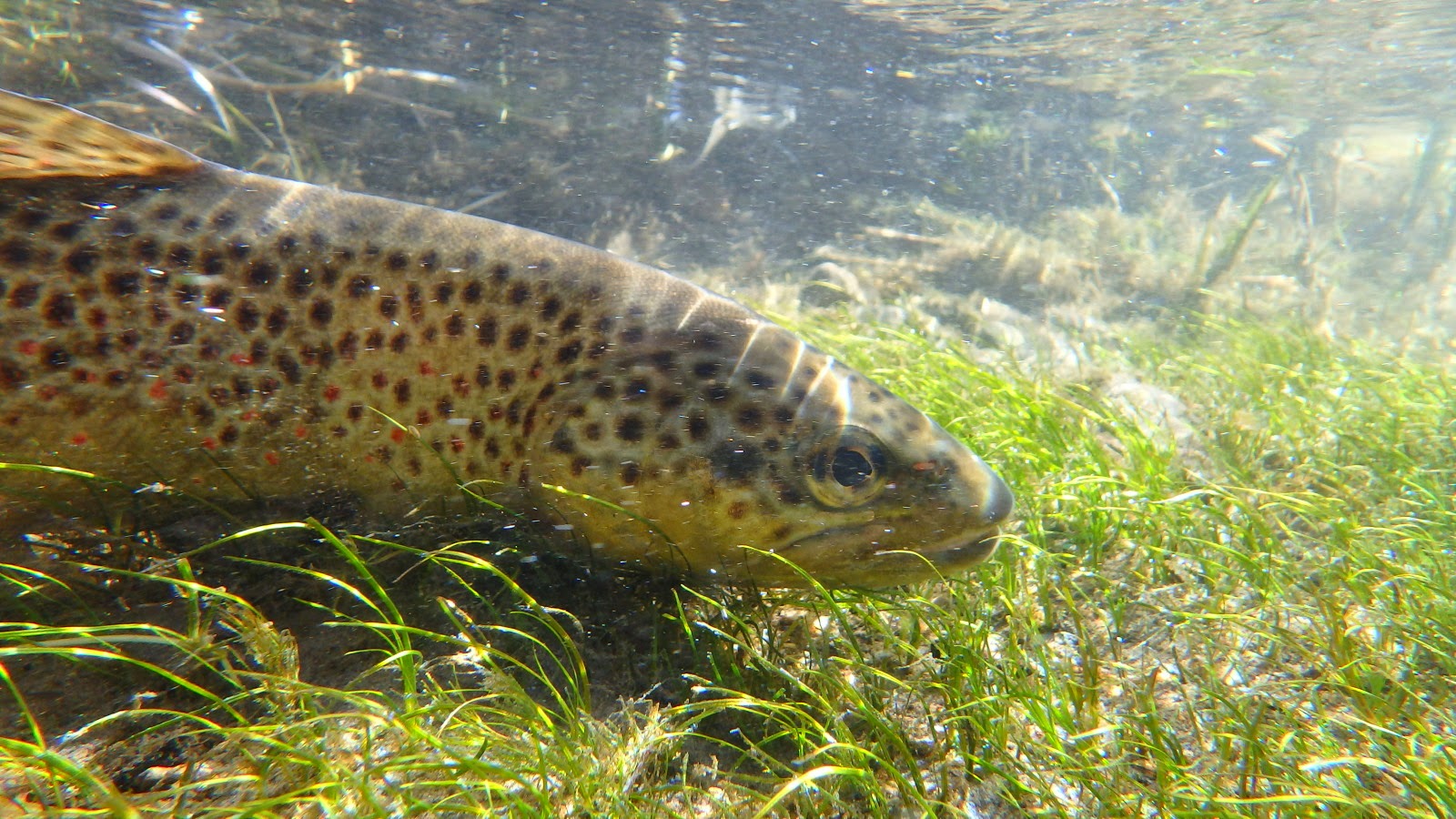 Hope to keep updating a good report!
Posted by Lefty Angler at 5:08 PM