Beatis hatch slowed, pretty much ended, by 3:00pm as I estimated. So I conducted my third class schedule. It was nymphing (3:00 to almost 4:30pm). As for the spot, Madison Junction would be a great choice but considering my next plan and observation, I went to a big pool above Nine Mile Hole. It's very productive but I observed nobody was fishing all day.

Nymphing is probably the most productive way to fish the Madison all year as for numbers to catch. It's the guides' way to go tactics when things seem tough. I just don't stick with it all the time because I always want to keep myself as a versatile fisherman. As a close example, when baetis are hatching en masse, I know Madison trout never look at nymphs below, even small ones meant for baetis.
These are why I stuck with streamers in the morning and set nymphing time for the slow time of the day along with my last plan. Anyway, in the fall, stonefly is the must when nymphing the Madison. Rubber Leg would probably the best imitation and the simplest tie among countless stonefly nymph patterns. Brown/Black or Orange/Black variegated chenille is my favorite. 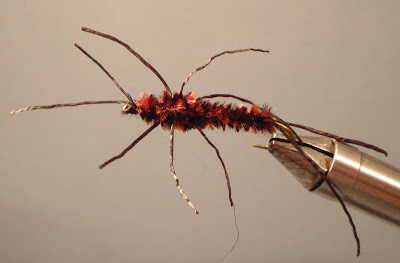 Then I always trail smaller nymphs under a Rubber Leg. One of my most favorites is Beadhead Krystal Serendipity. It's been a catching machine. I can't express its effectiveness. 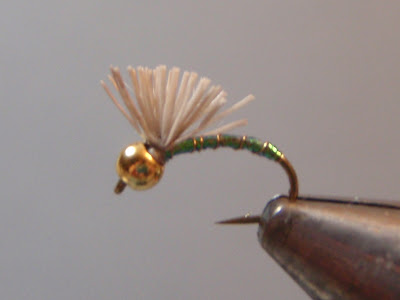 Now snow storm was coming in as I was fishing the pool!! I was slightly discouraged when thinking about driving home but hoped the storm would send anglers away for my next plan. As I was thinking like that my bobber sank and I set the hook. I felt it would be big but also somehow weird. As I stripped my line I noticed it was a large trout but acting oddly. Well, it was foul-hooked on its belly with the Beadhead Krystal Serendipity. Really tough to get her in. If it had taken a few more minutes, the fly would have been opened up and have not hold the fish. I made it. 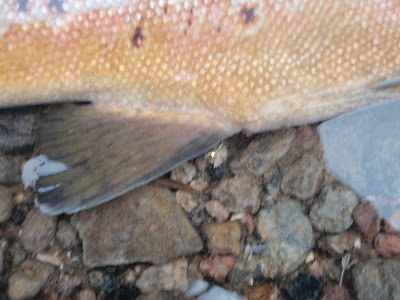 It was a fine brown trout indeed!! I thought it might an 18-incher to break the record of the day but it was a 17-incher also. 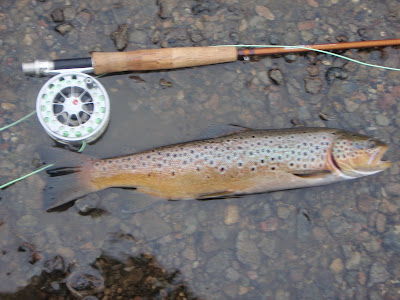 Again, it would have been the last trout for the season, I wanted to felt her and took a picture of grip-&-grin. It was indeed with good fall color and fine spots. 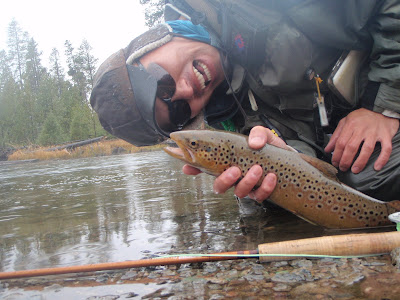 My class schedule seemed running OK. I was heading to my last plan of the day.
Posted by Lefty Angler & Flies at 7:14 PM