My friend John from Nebraska is visiting me. He checked in yesterday and we hit Boulder River in the town of Big Timber, MT. Clear water and big blue sky, it was a great afternoon. 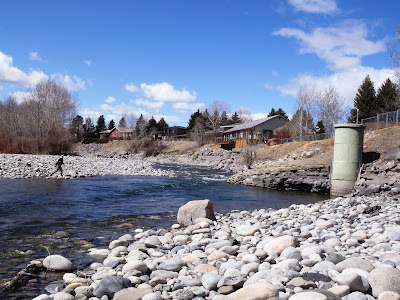 I did OK with some respectable sizes of trout. 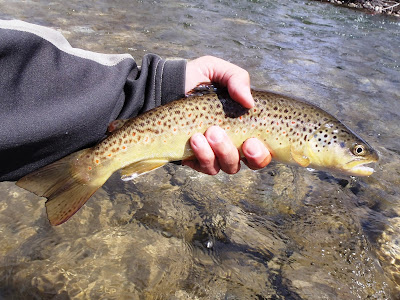 Rainbow that seemed in/out of spawning...... 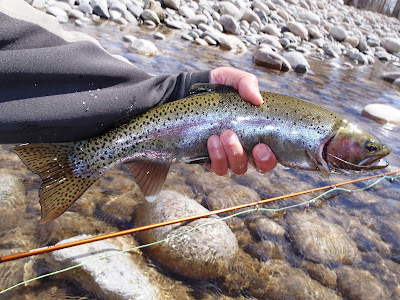 I was happy with this catch! 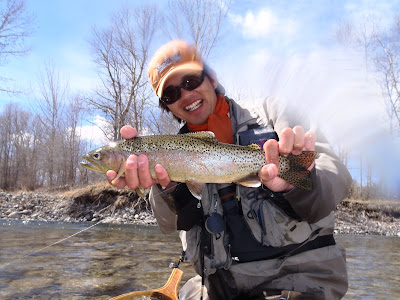 John caught even nicer one!! 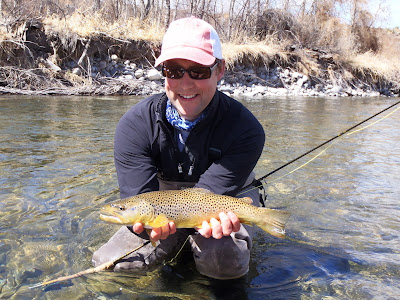 It was a perfect weather to float first of all. Then, it was also perfect to target "Lower Beast" that are known to be caught in spring before runoff with streamers. The moment I held my oars, I was back to "Guide Mode". It was slow, to be honest. But we were positive. Suddenly (repeat) suddenly, John had a HUGE TUG!! John is THE BIG TROUT HUNTER who has fished all over the West. I notice it would be really huge at once too. I pulled over my boat quickly and get my net ready, which was also replaced with brandnew rubber net. We got THE LOWER BEAST!!! 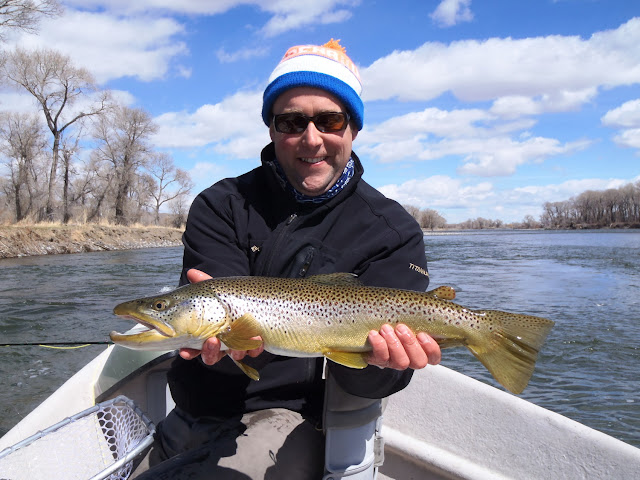 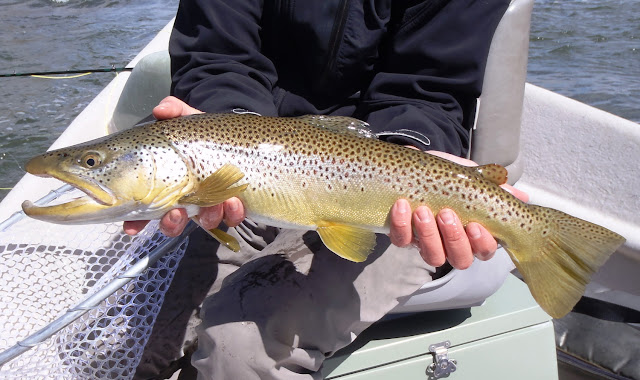 However, it wasn't the end of story. After these pictures were taken, John had another huge tug!! 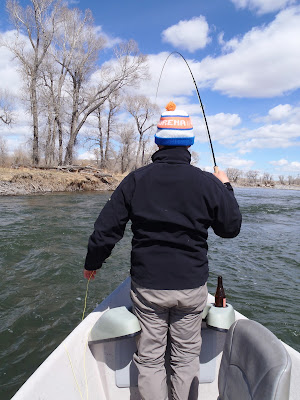 I was glad John got what he was expecting for this trip = Lower Giant with streamers!!
And that was The first trout for the first float for 2013 and for the replaced net!!
But don't forget who checked boat ramps and water conditions in advance and suggested him to float this section with his boat!!
Posted by Lefty Angler at 9:29 PM