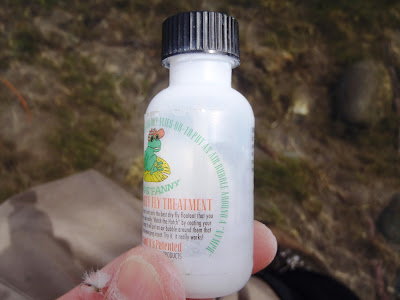 I still see many a run-up rainbows. They are spawning anywhere suitable in the creek. This individual seemed done his duty of life. His body started molded and looked too sore to swim. He was barely sitting still at the edge of creek. He might recover. But if not, he will devote his flesh to the earth and the river. 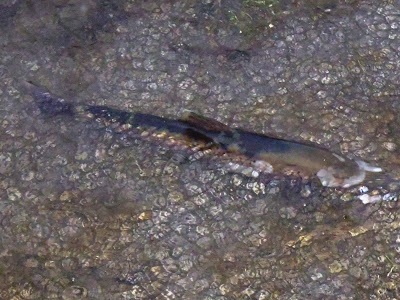 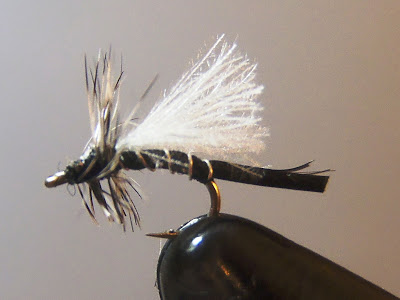 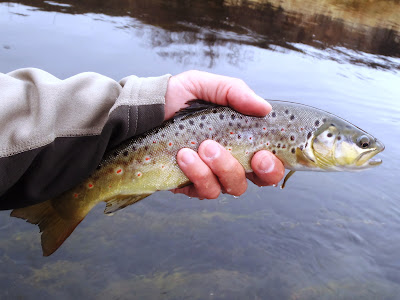 In the afternoon, BWO Time!! 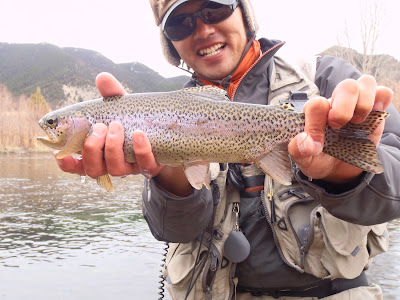 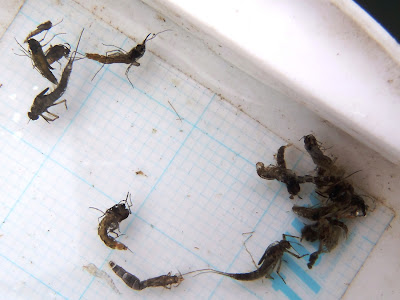 I thought this would be a useful picture for some serious fly tyers. 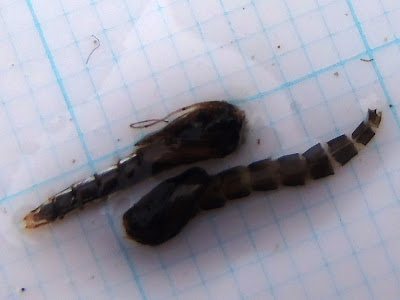 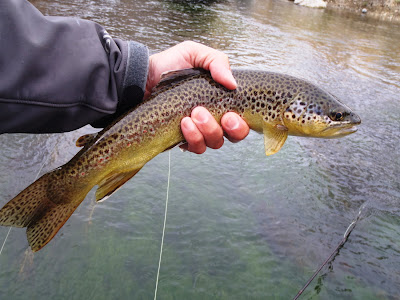 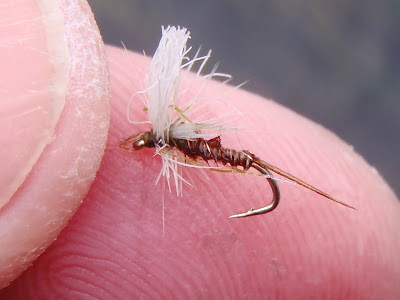 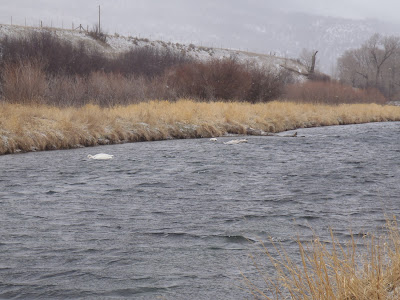 Well, there wasn't any improvement........ Probably I should have stayed in my house. But I still hoped BWO hatch could happen, at least trout might be active to feed on nymphs in the water columns. I went to a spot where I have been fishing a lot recently. It wasn't a normal condition. However, I used the terrain so it would be "Wind-Break" and figured out the way to present my flies!! The spot is no secret at all but I let you reader figure out!! I tied on Pheasant Tail Mayfly Parachute as a pilot fly, 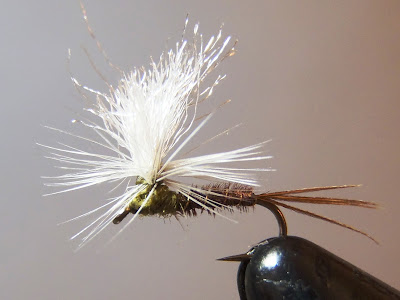 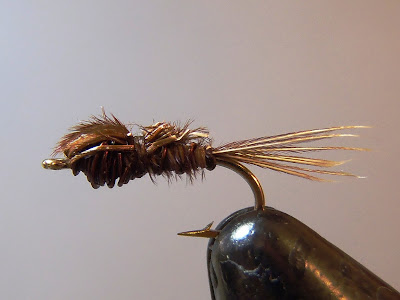 Everything (my calculation, wind-break, angle of presentation) worked and I hit a Jack-Pot!! With the very first decent drift, I hooked a nice run-up rainbow on PT!! 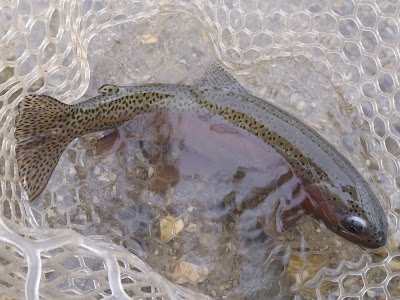 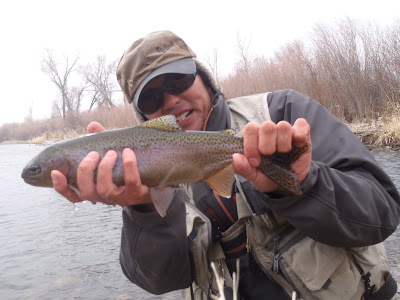 After that, it was historical three hours. With the very next cast, I caught a little yet feisty brown!! 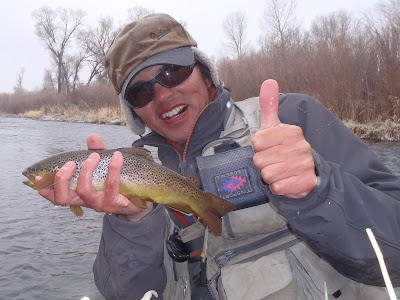 Then the 3rd Trout of this brutal afternoon made me confirm that I was right and knew what I was doing!! 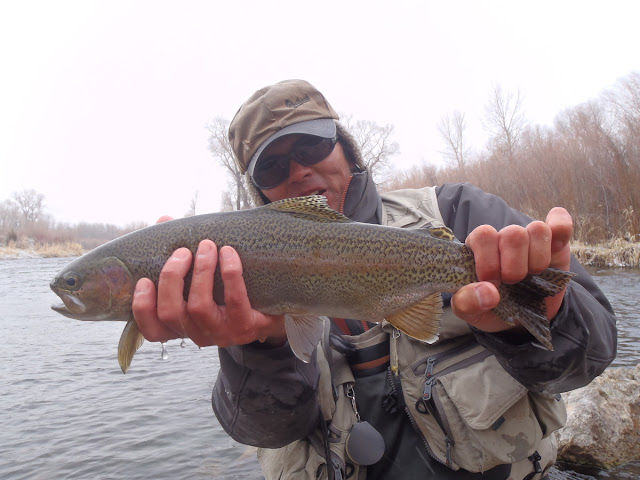 Trout were indeed looking for BWO! This brown took PTMF Para on the super-wavy surface!! 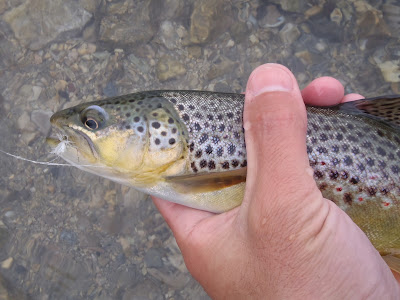 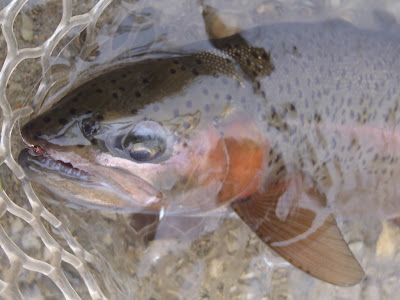 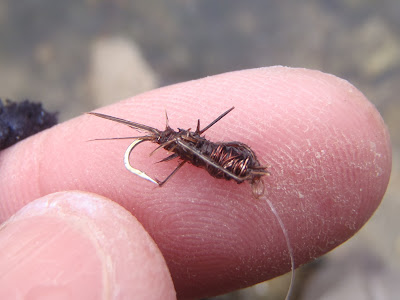 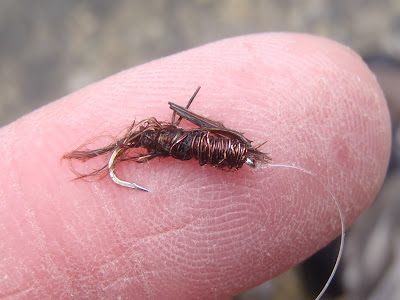 Though only a few, I kept seeing rising trout so I tied on PTMF Cripple! 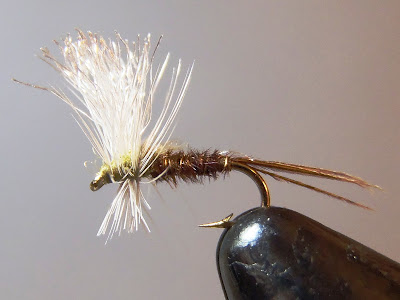 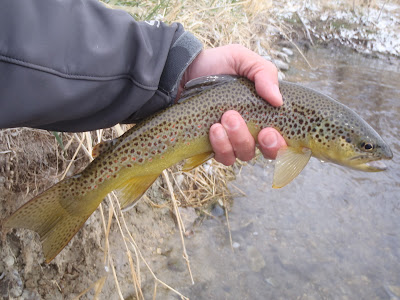 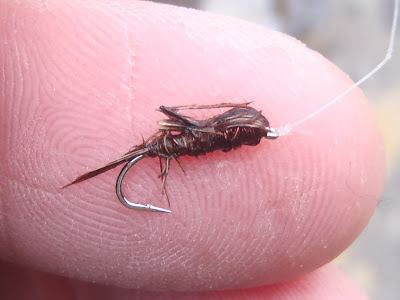 Well, I survived this brutal afternoon with great success. There may be someone who might argue that I was doing "nymph-fishing", not "match-the-hatch". The spot I was fishing was deep with velocity, there's no way Sawyer PT would go deep without a couple of BBs. I didn't use any split-shot nor bobbers. And as my pictures prove, my dry-flies on top were also taken. Trout were indeed feeding on BWO nymphs, more specifically ascending ones in the water columns.