The last but not the least, last weeks made the end of Winter Pass at DePuy Spring Creek (www.depuyspringcreek.com). After I came back from Missouri Trip, 10th and 11th were booked full. Then 12th was for River Cleanup. So I hoped to get a rod for both 13th & 14th, at least either one. This is one of the best times to visit Livingston's spring creeks so all 3 creek can be booked full for right reasons. I could mange to get a spot for 13th. And this is the end of a 6-month long journey. It's another learning & observation period, yet in a higher level than previous years.

On 12th, after we crews for River Cleanup finished our labor of love, it started to rain. By night, it turned into drizzling snow and it got cold....... In the morning of 13th, unfriendly Norther continued.... I secured my regular "Morning Midge" spot. It was very wavy. In spite of the condition, I actually saw lots of midges were hatching. I encouraged myself under the treacherous conditions and fished with my best of "underwater match the hatch" tactics. I hooked two large trout that were gone before netting (likely story...) plus I had a few nibbles.......

I barely survived through the morning. After lunch, weather seemed improving toward a little friendly side. This would be the last day of Winter Pass so I needed to catch trout by any means!! Yet, though I don't limit myself and my methods, ideally it would be better and greater feeling if I could encounter afternoon baetis hatches.

I had one best bed spot in mind and secured it. I brought my 6wt, in case I would have to do some nymph-fishing to salvage the day (and this blog post). However, my wish was granted by Creek God and I did experience baetis hatch!!

To fix my day immediately and to get the best of the situation, I did utilize a two-fly rig with my most trusted patterns. 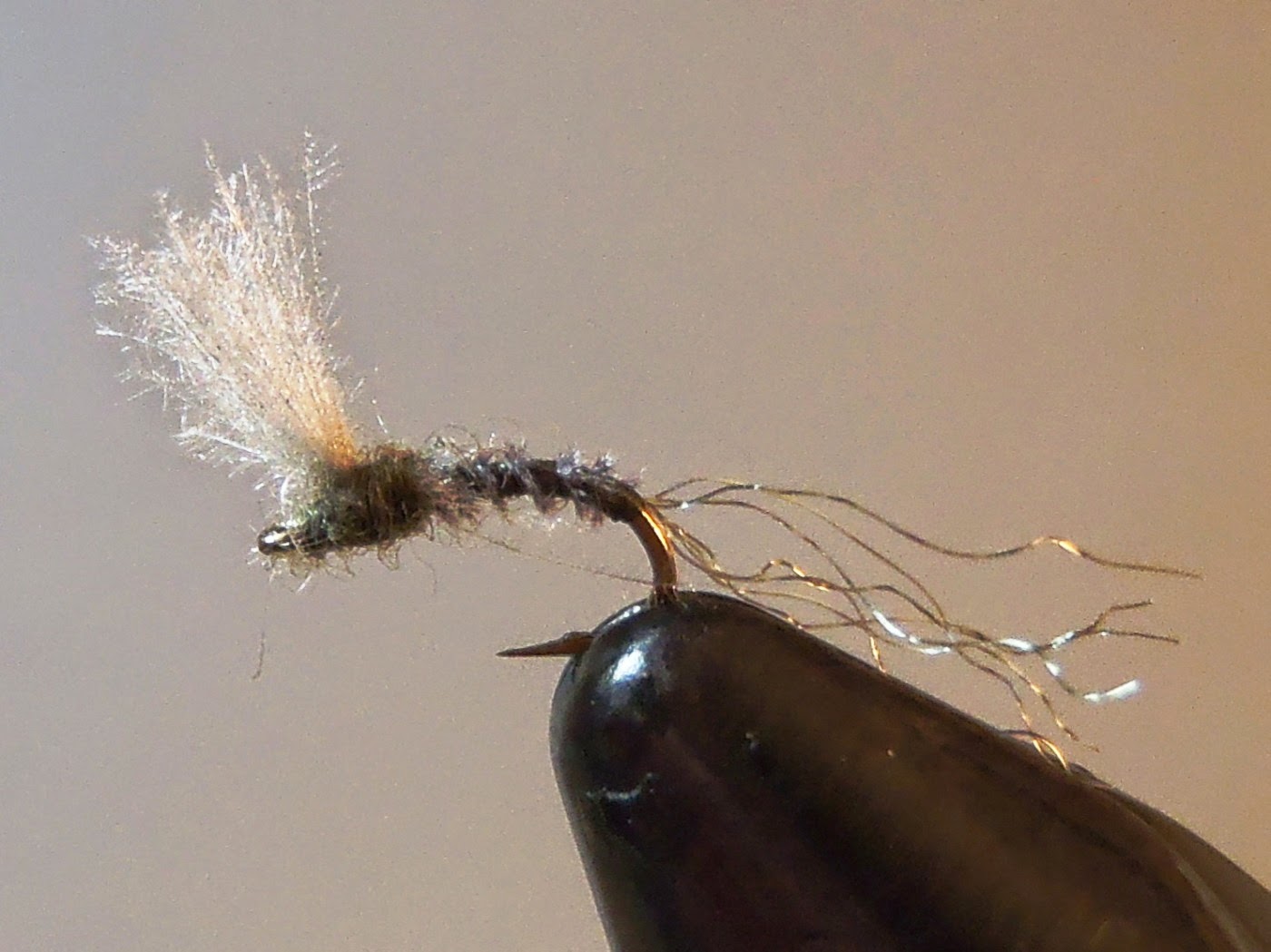 And Pheasant Tail Mayfly Cripple. Both in size 20. And both did cause some surface actions. 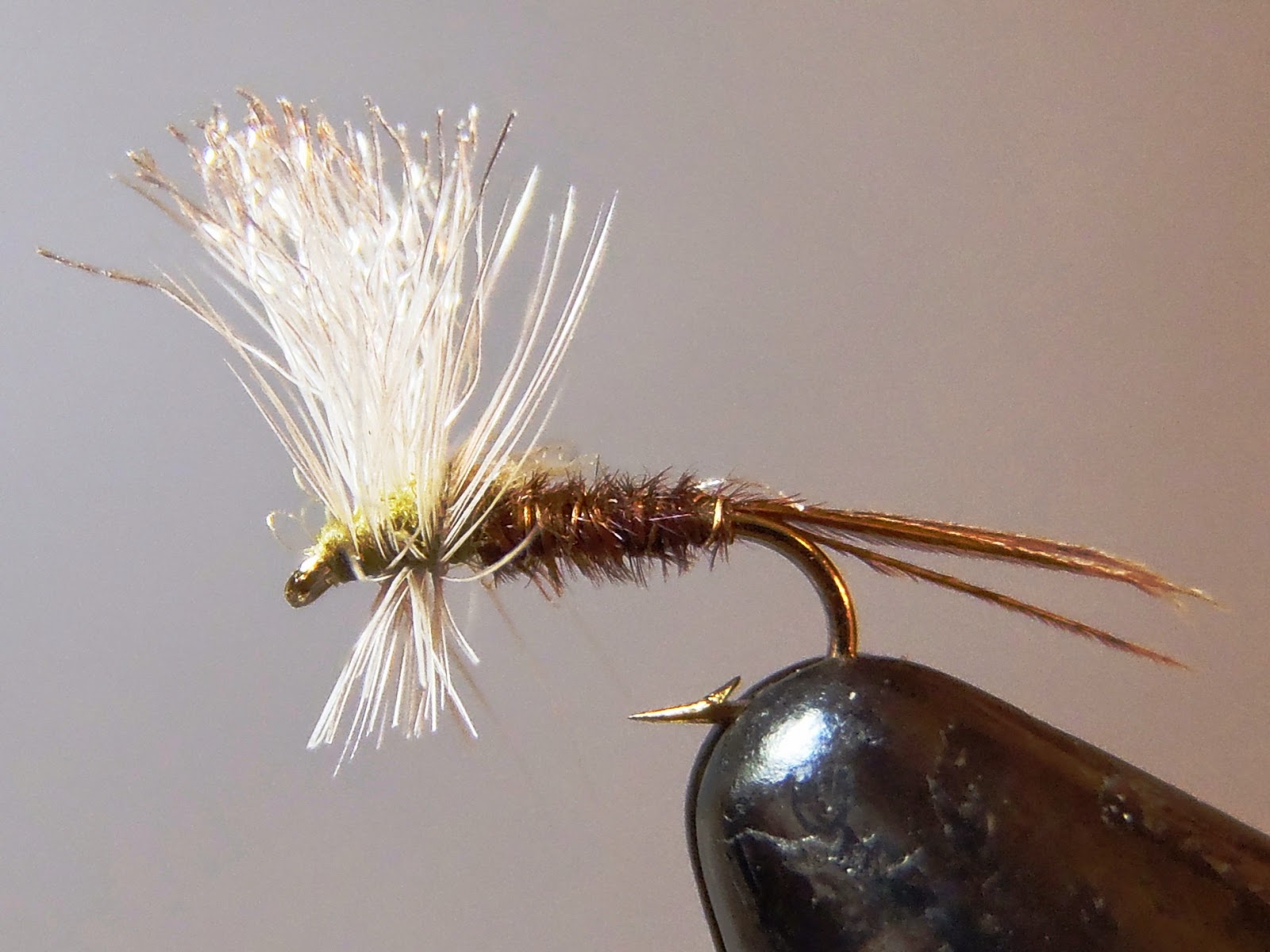 Then I trailed these "subsurface hatch matchers". Indeed trout took only and exclusively these. Though it was friendlier than in the morning, it was still windy and causing waves on the surface. Trout were not eagerly looking up for duns. Yet baetis = BWO were actively moving. So trout keyed on ascending nymphs. Master Angler version PT did fix my day. 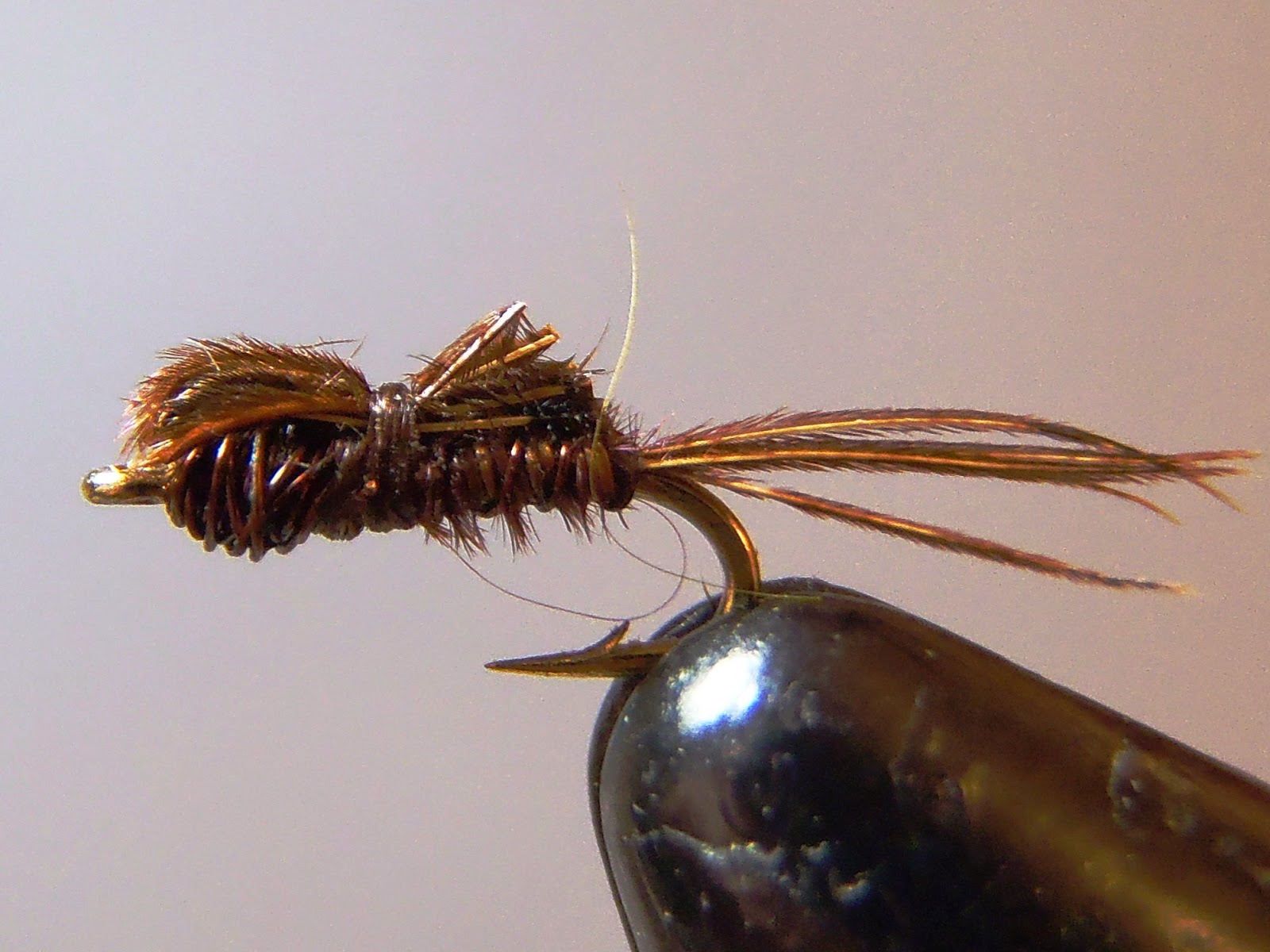 After PT was taken and lost by vicious trout, Winged Victory took over the responsibility. Both actions can be seen in pictures below. 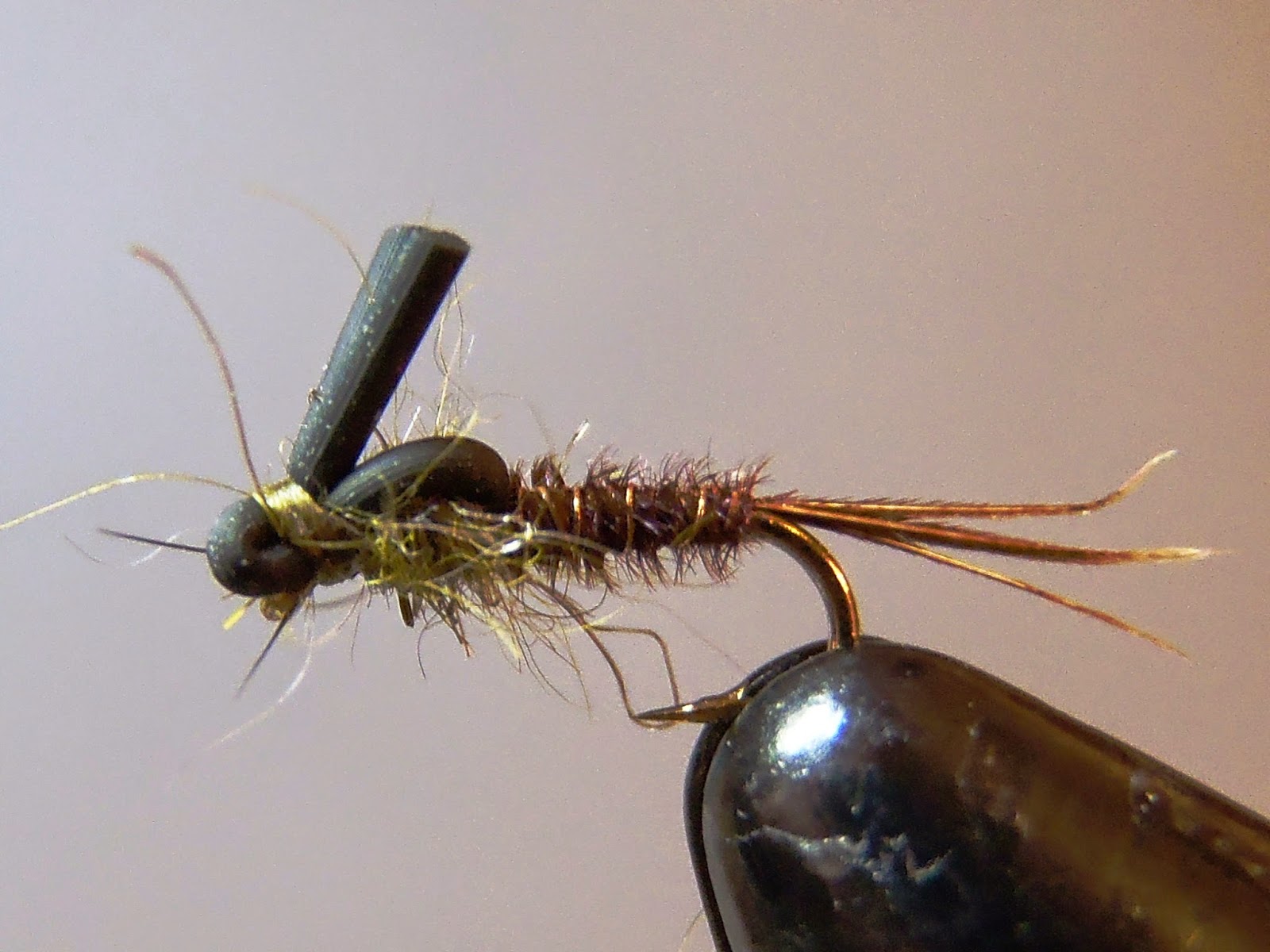 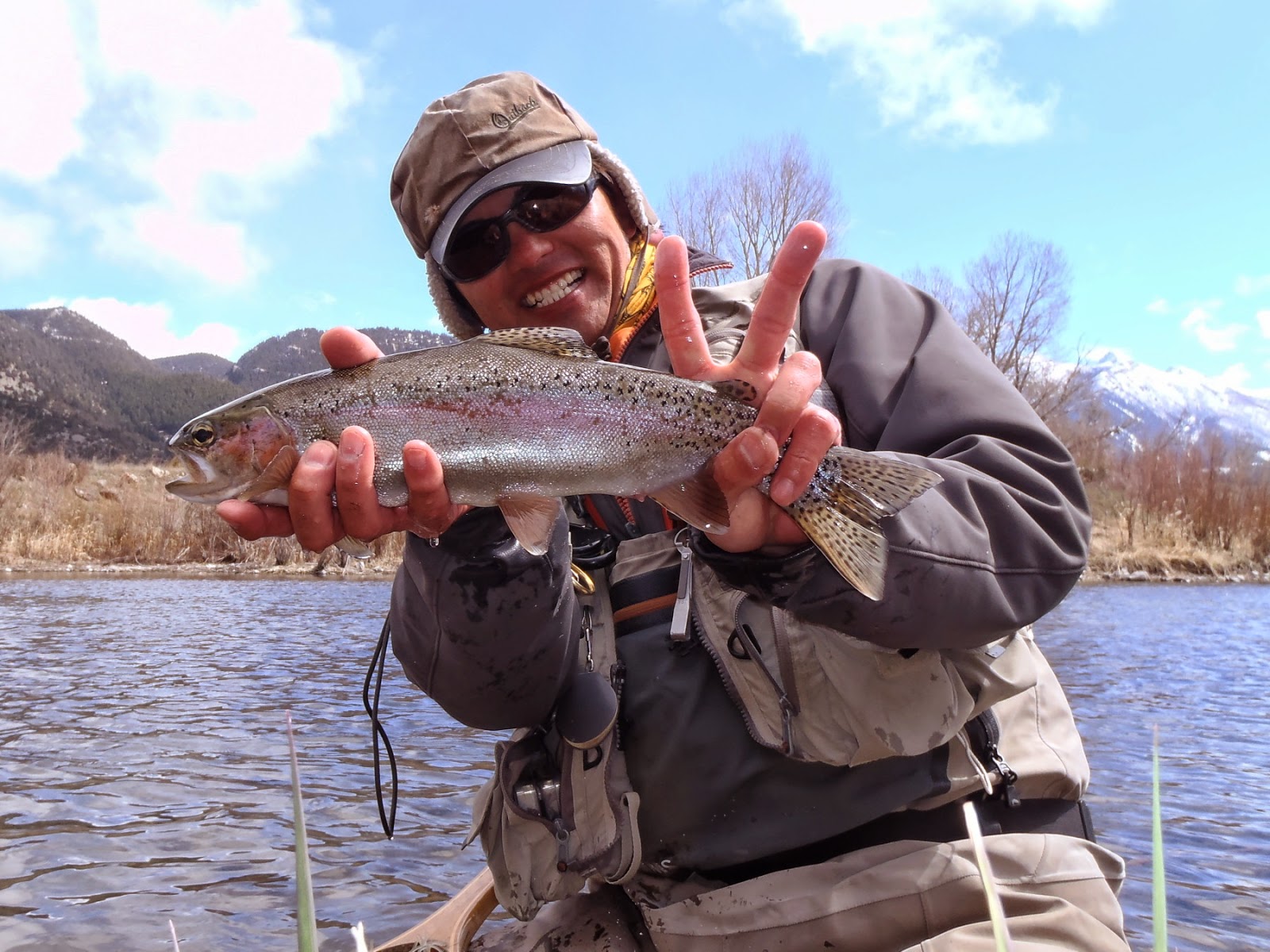 Actions kept on. PT hauled in the best of the day! 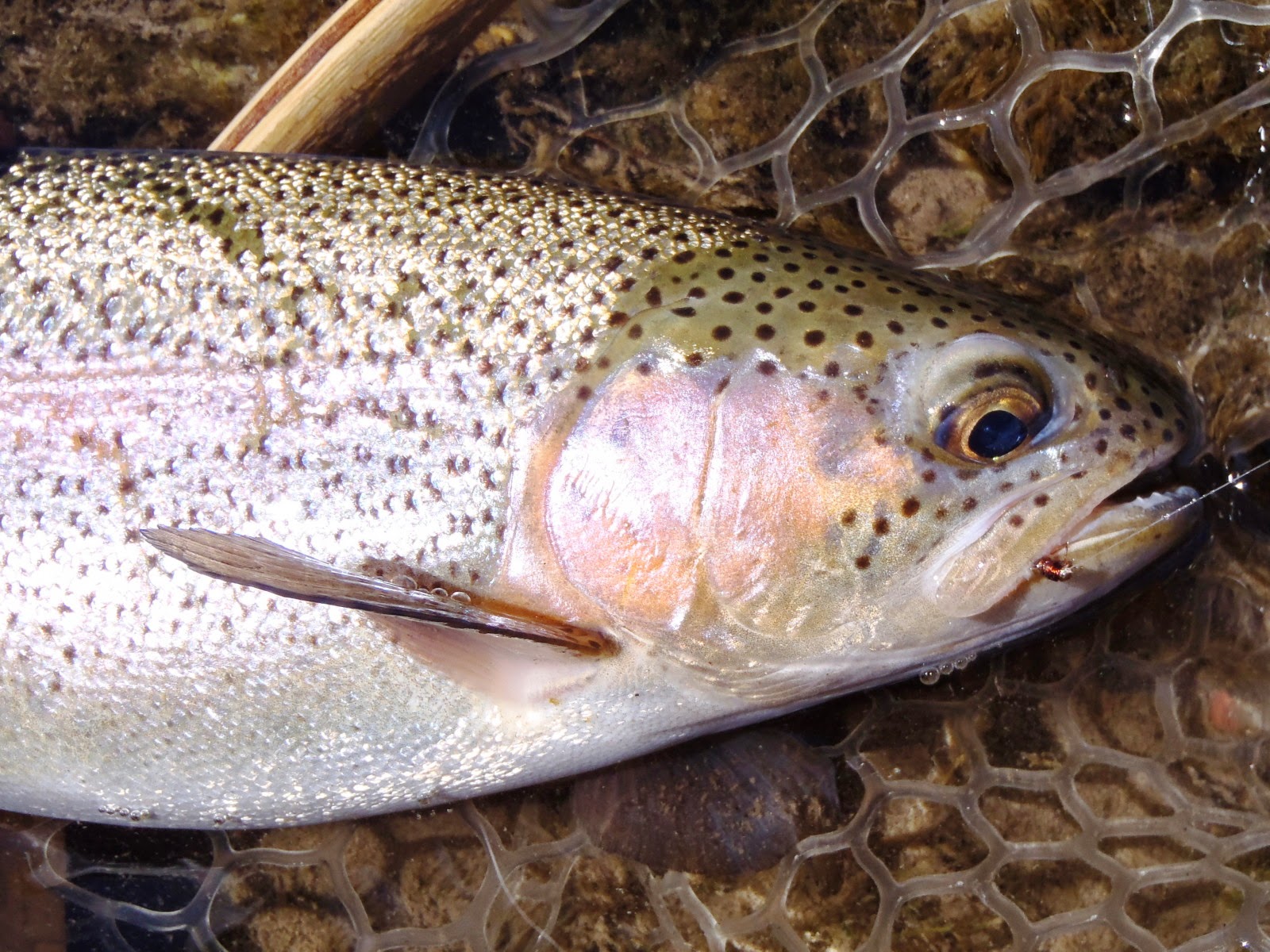 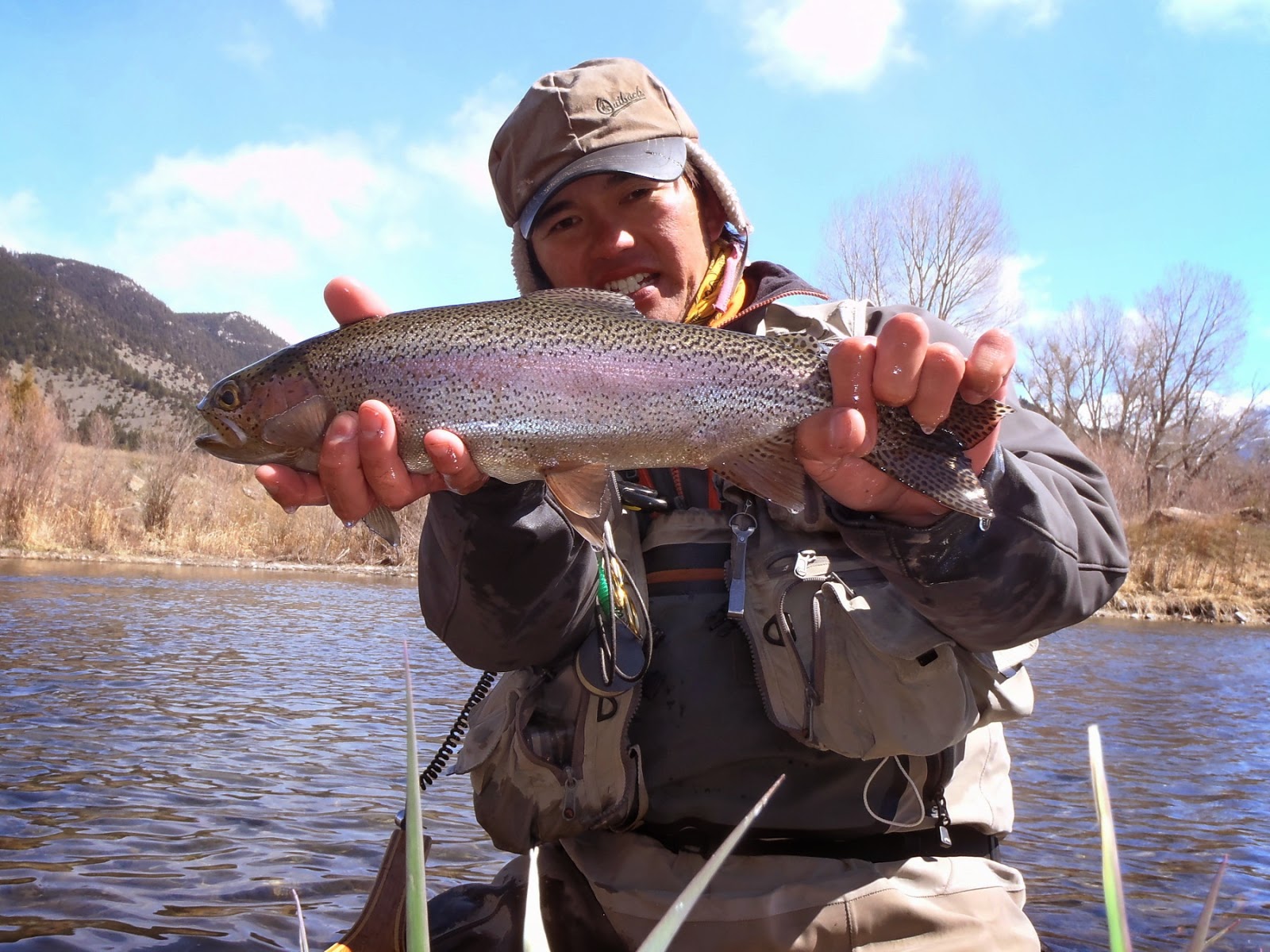 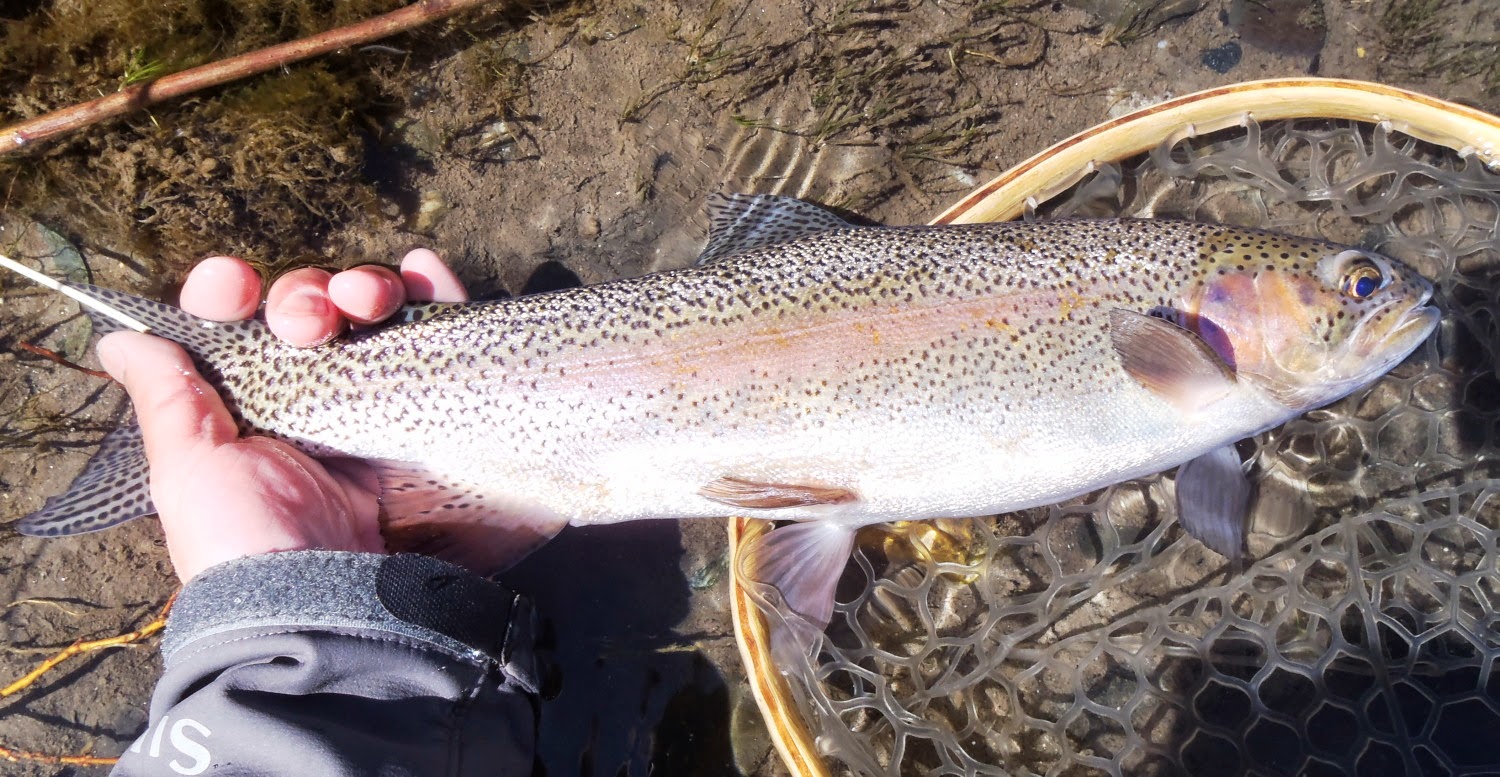 I recall, by this fish, I had lost PT and Winged V was taking over the responsibility, as I was doing two-thumbs-up!! 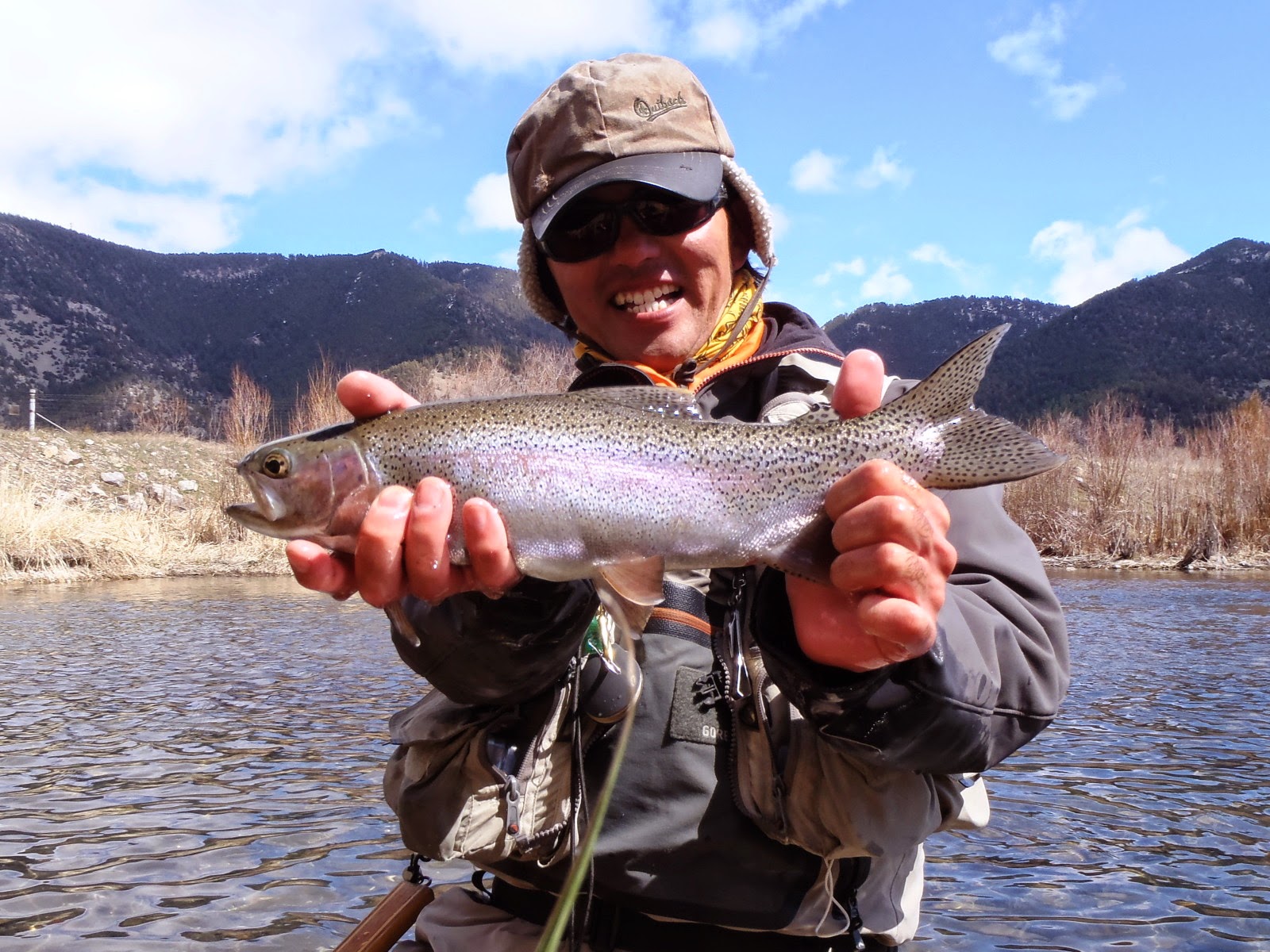 A little brown was caught also. 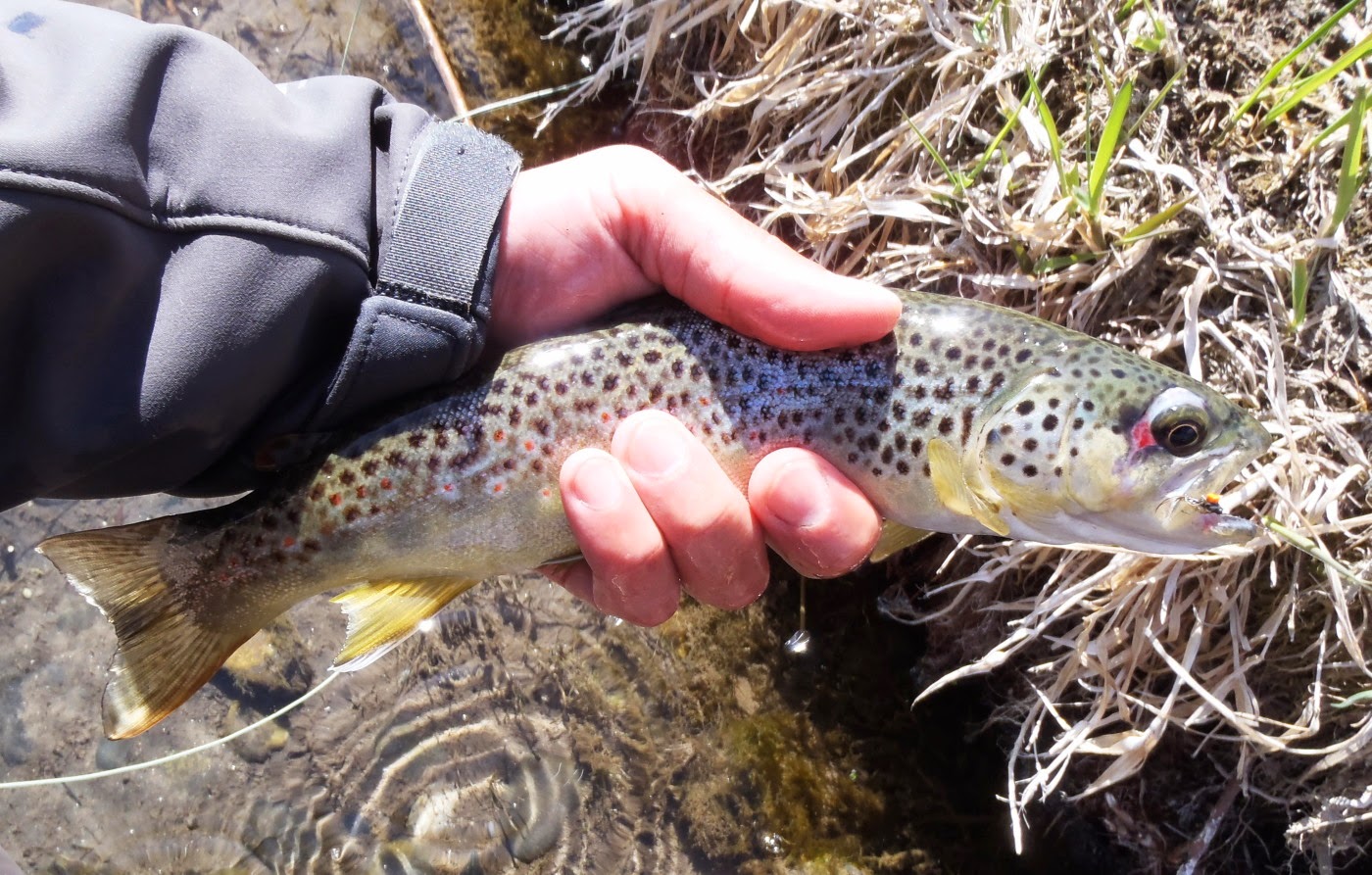 I didn't catch anything huge or remarkable but these sizes of rainbows were very strong and stripping out my line!! I was afraid of that they would open the gapes of my flies. 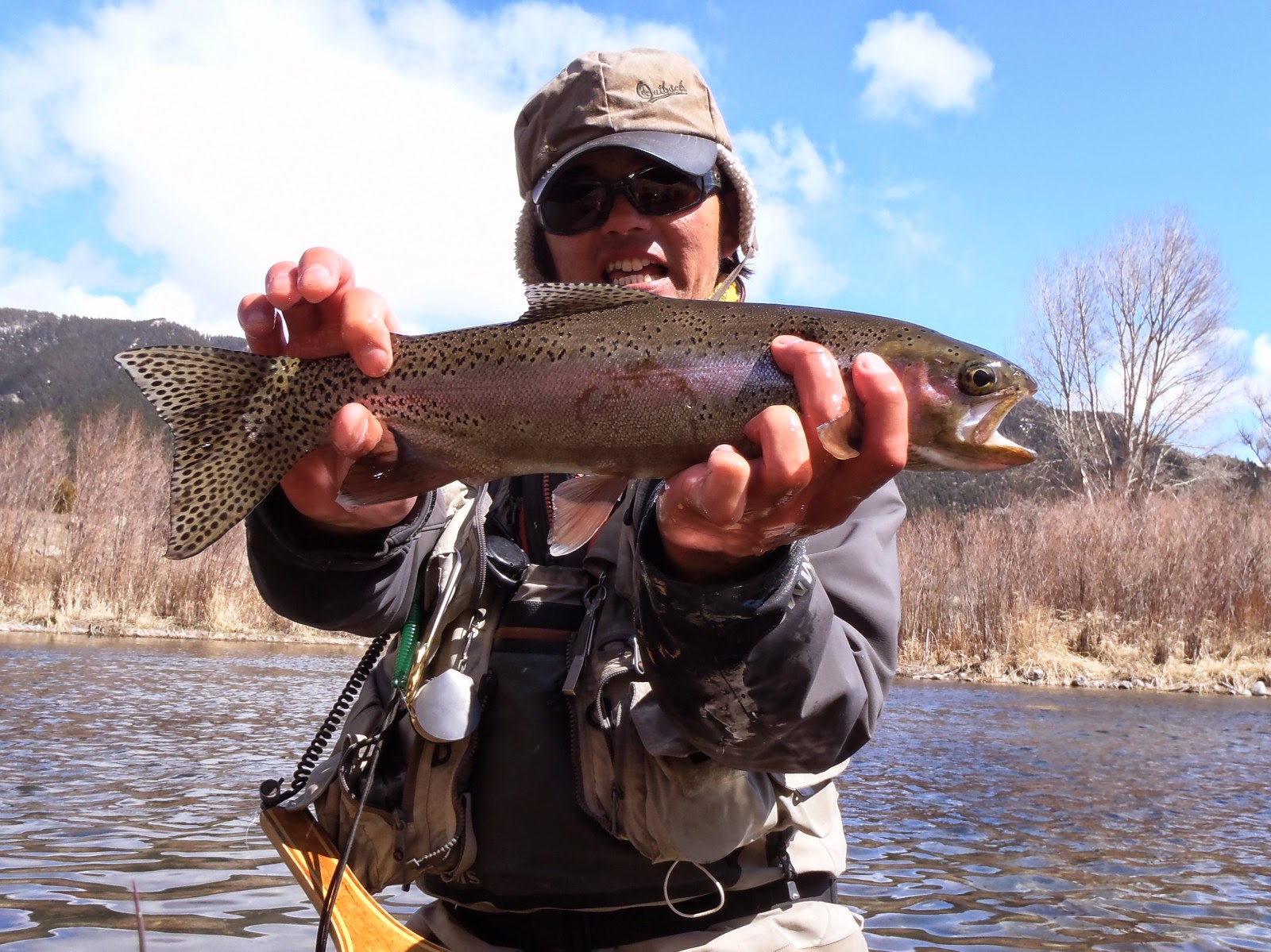 And this became the last trout caught with Winter Pass 2013-2014. I could have gone on fishing and very possibly would have caught much bigger individuals by nymphing. But I had had more than fair share so I didn't.  A very satisfying ending in my own right. 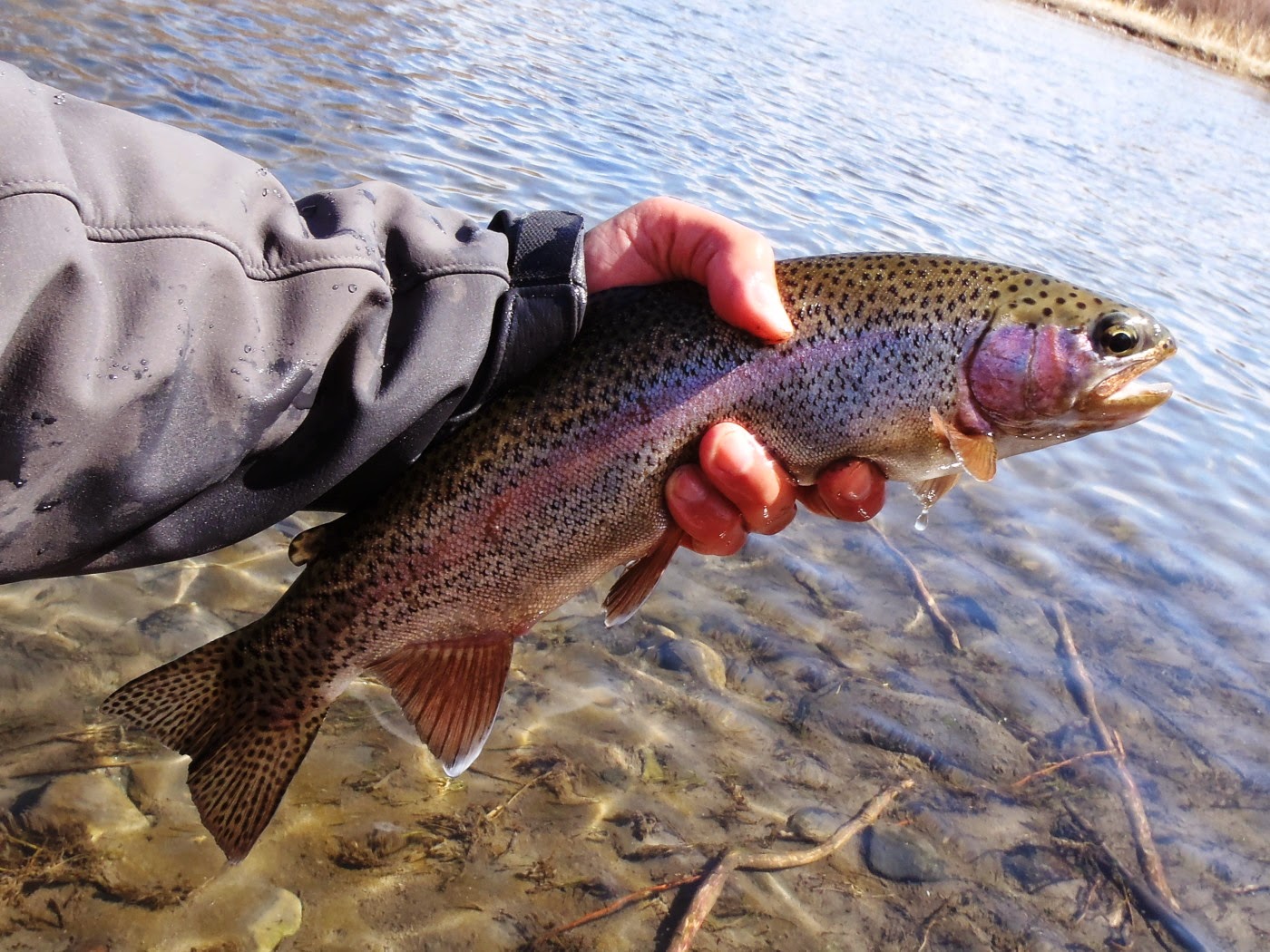 I have finished the 3rd Winter Pass at DePuy's in a row. Combining with some other outings in other months and days on Armstrong's and Nelson's, I have fished spring creeks over 200 days during the 2 & 1/2 years. Why am I doing so? Am I just a fishing-junk or trying to make the best out of Winter Pass? None of those crazy reasons. It's simply because "Spring Creek is the classroom of fly-fishing" and "knowledge and experience of spring creeks can be applied to other waters".

Past two seasons were spent more for learning and experimenting. I still continue to do so every now and then. This season, I mostly visited the creek for relaxing and relieving from my tying bench (I spent hours and greatest concentrations for Atlantic Salmon Flies). Will I get the Pass this fall again? I'd like to!!

Summer months and days at creeks are mostly for guiding. Meanwhile, I hit the River before runoff hits!! Yellowstone River does have as good spring hatches as creeks. Then we expect "Mother's Day Caddis" and "spring ferocious attack on streamers"!!
Posted by Lefty Angler at 11:37 PM