Missouri River "Land of The Giants"

Missouri River is one of the most popular and sought after trout fisheries in Montana. As waters around me keep me busy (Yellowstone River, spring creeks, Yellowstone Park waters, etc), I don't have much time and opportunities to hit "Mighty Mo".

So, the section called "Land of The Giants" had never rung a bell to me. I would imagine local anglers had named so (or area guides and fly shops would have come up with one catchy name) and certainly the section is not a secret for local anglers (folks around Helena & Great Falls).

Wally's brandnew StealthCraft was launched at the marina of Gates of The Mountains, which is a privately owned area along the shore of Holter Lake. 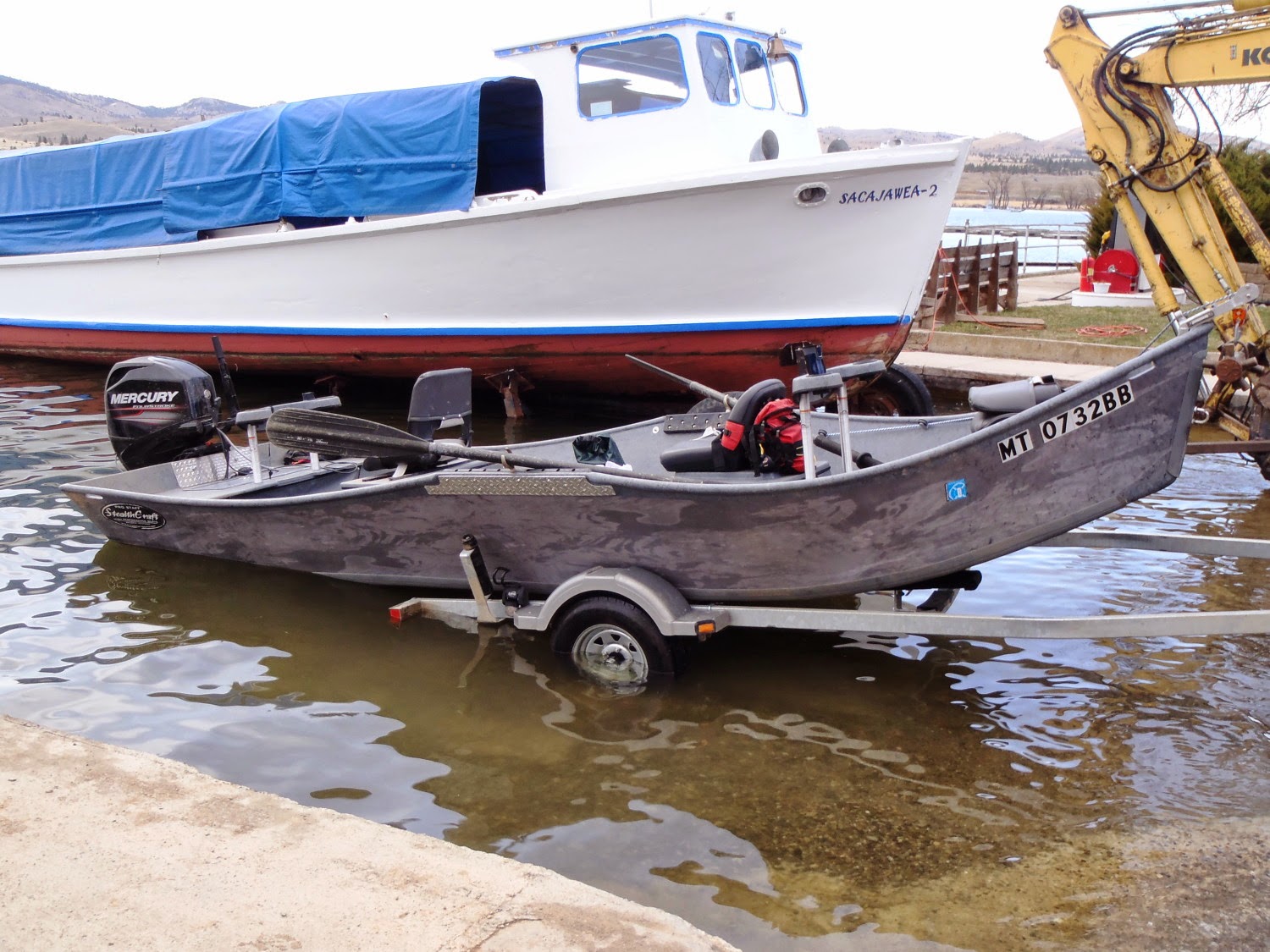 Anchor on the bow? When we row down, just like our driftboats, this side is going to be a stern. Indeed this is well-crafted for fly-fishing and guiding purposes. 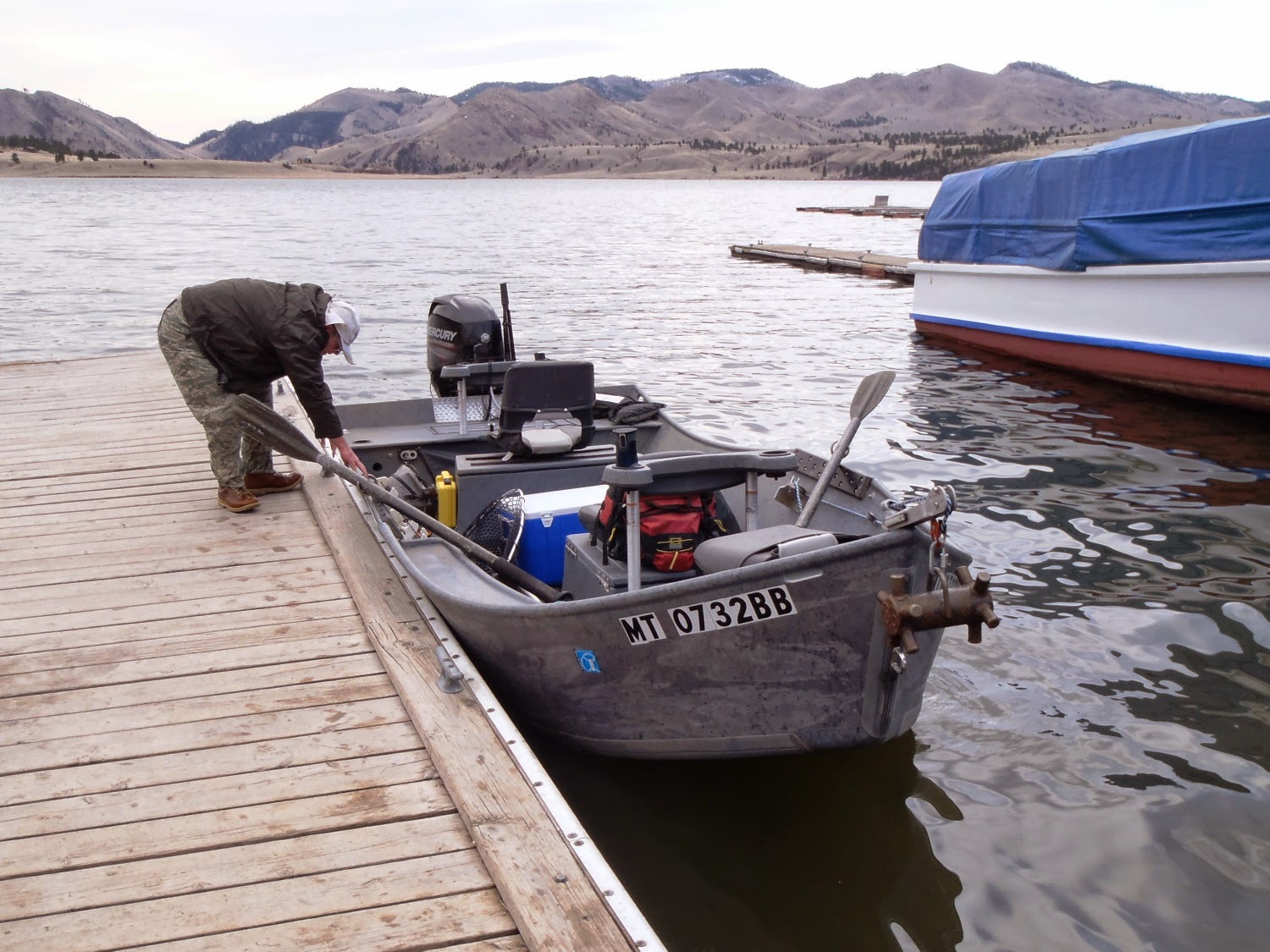 Front seat view into the canyon!! 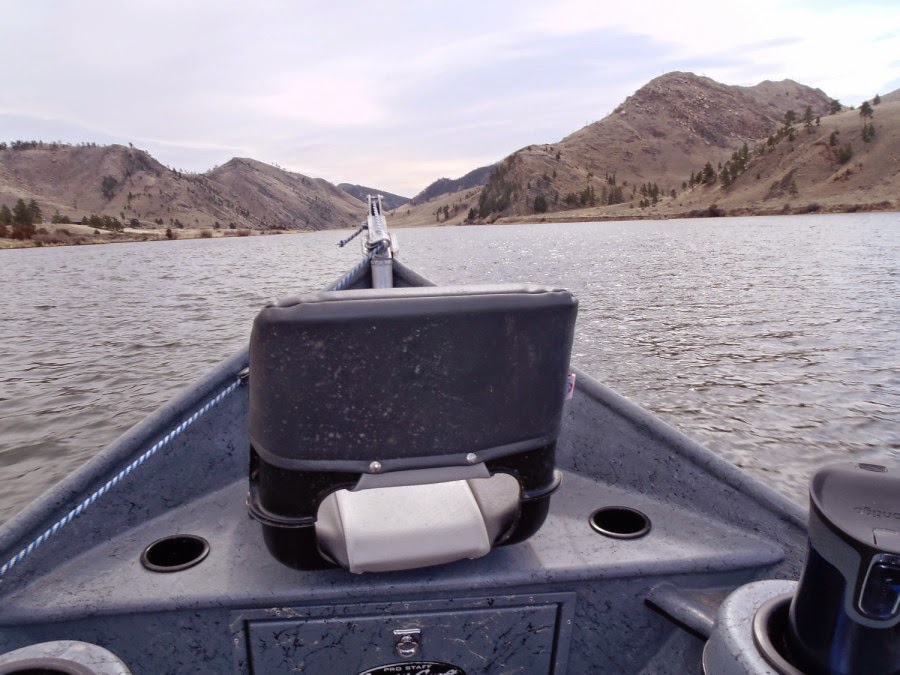 Here's Wally being a "Captain"!! (I was the photographer) 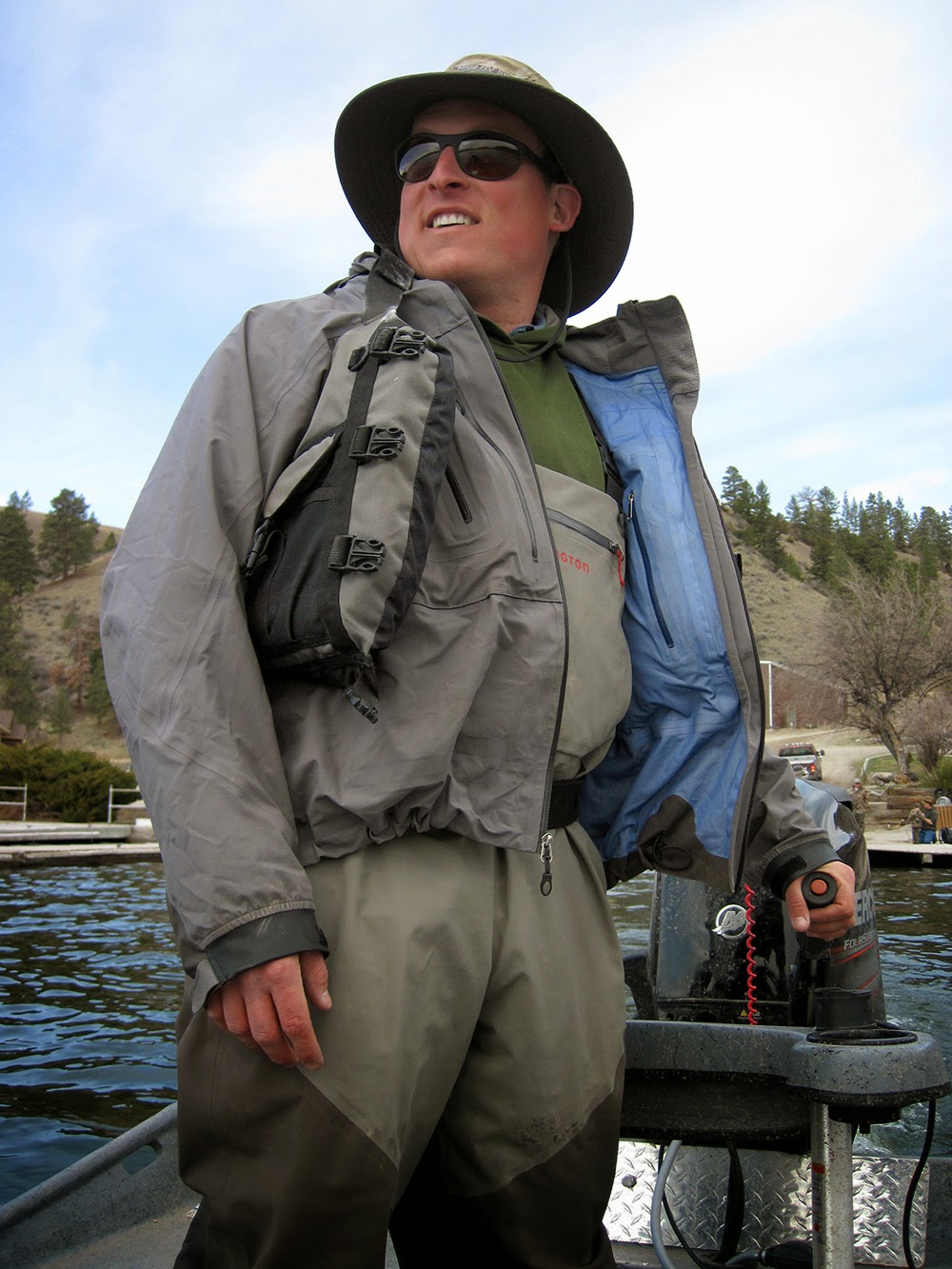 Topography and scenery are breath-taking through the section. I was awed way before fishing starts! 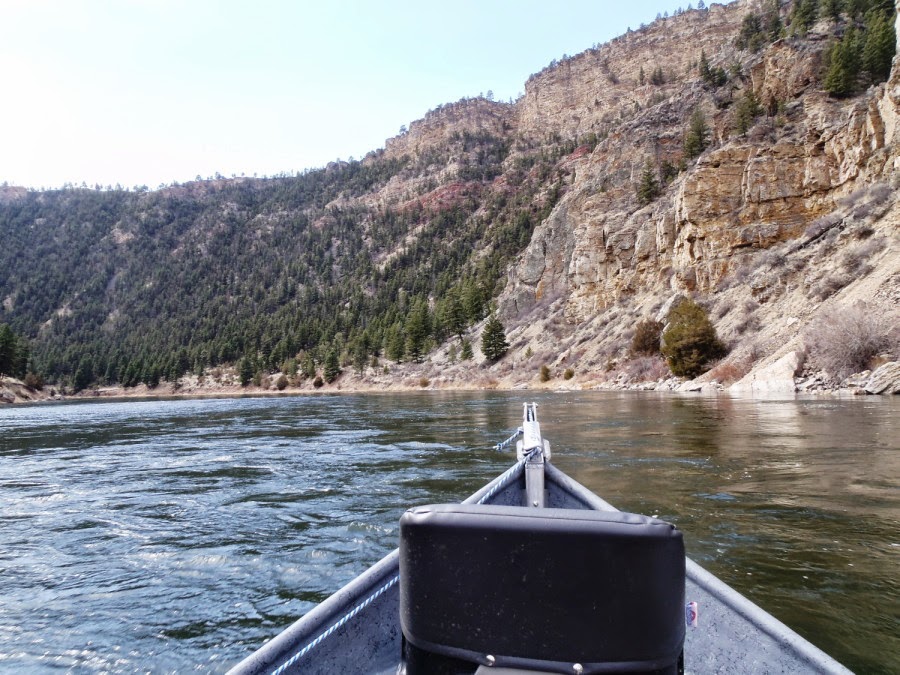 As any other tailwater fisheries, midge hatch is very prolific. We just didn't see many rises though. Perhaps it's because of the season. 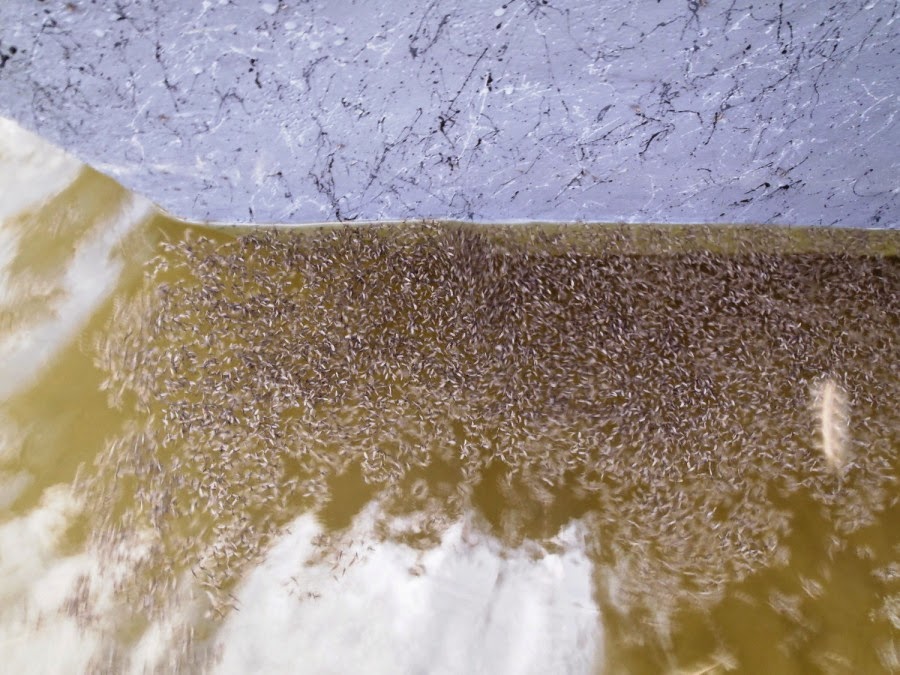 I caught a hand-size and "pumped". I see. What food sources were available, what trout were feeding on, and what was going on........... 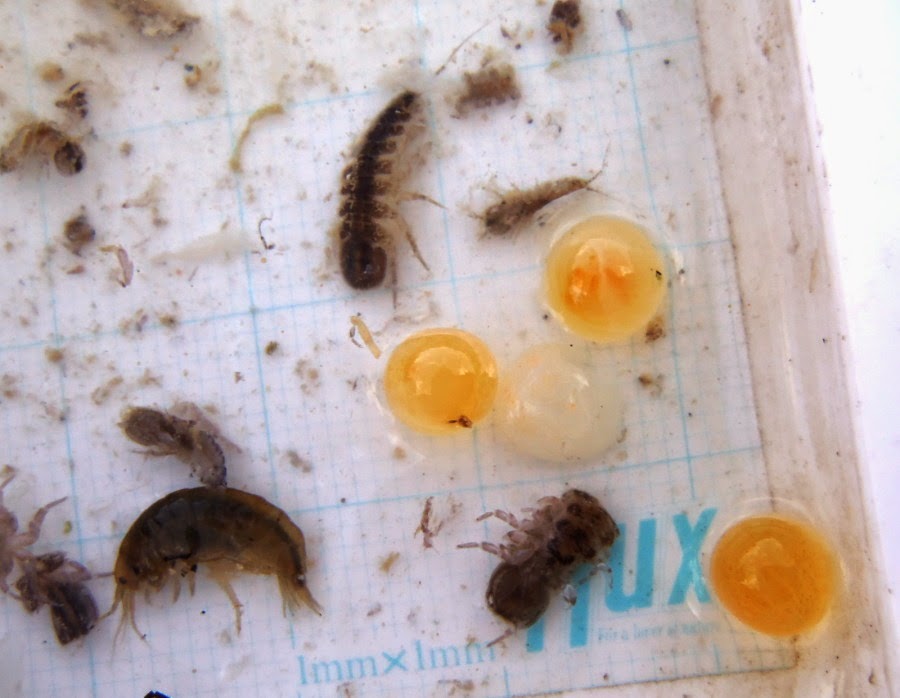 After several hooking and lost fish, I had a solid hook-up!! I knew it must be a nice one. It didn't give in easily but also I didn't have a net with me. So I gently lead it to the shallow spot. 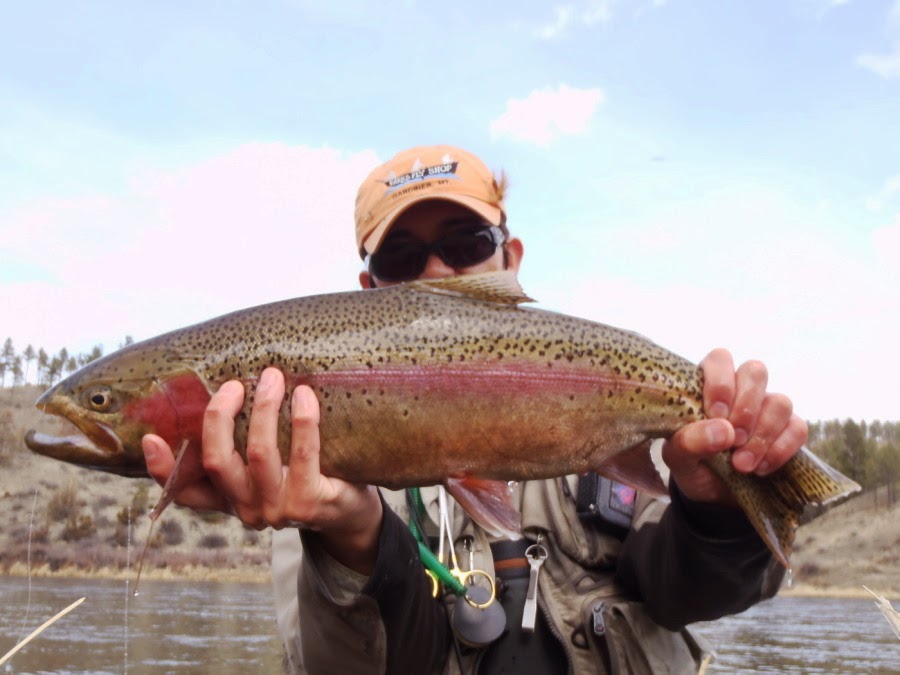 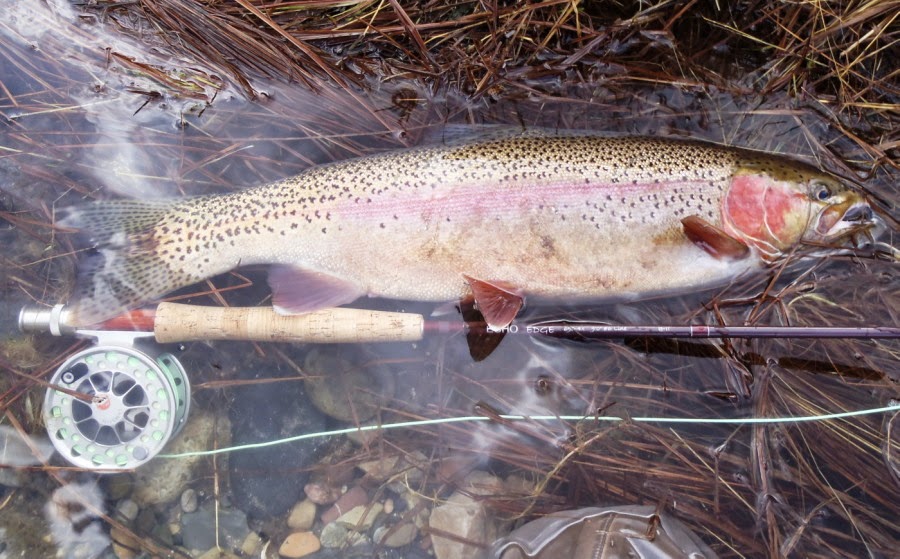 Indeed this is just an AVERAGE of this section.

Without any exaggeration and bragging, most of our catches were 20"-22" and 4-lb.
Double!! 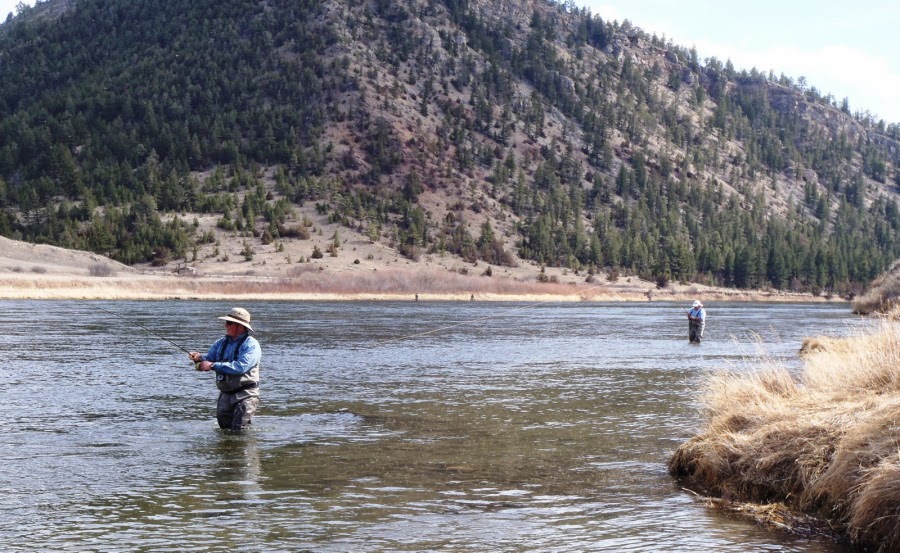 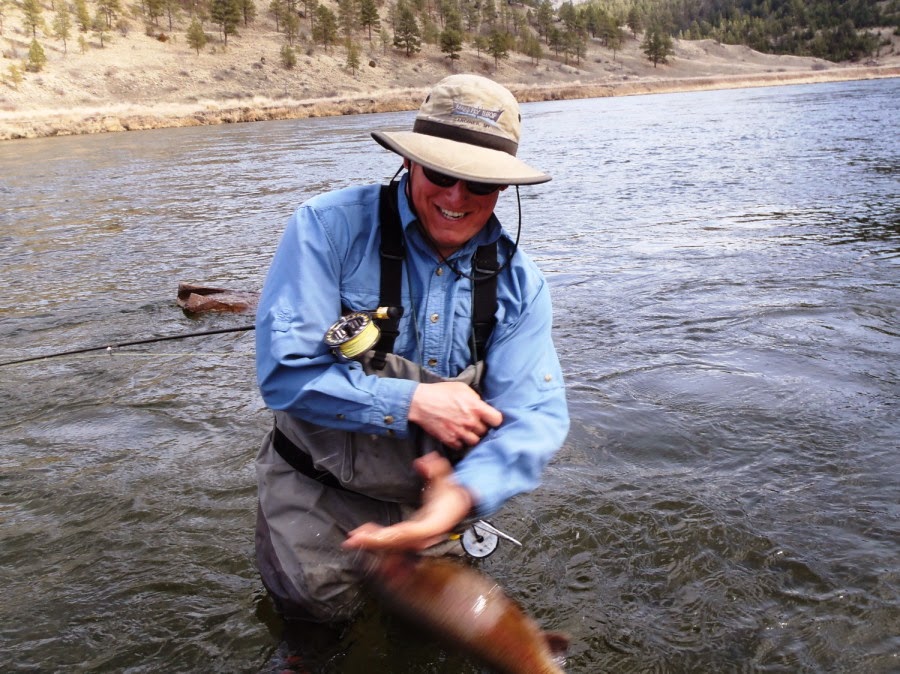 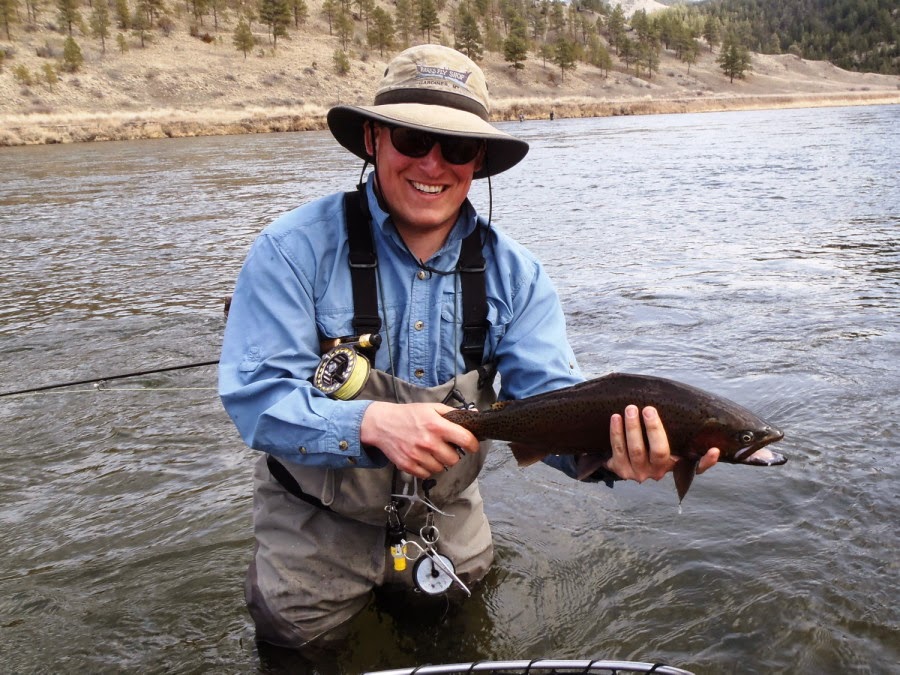 Then our outfitter Mr. Parks worked on his fish downstream. 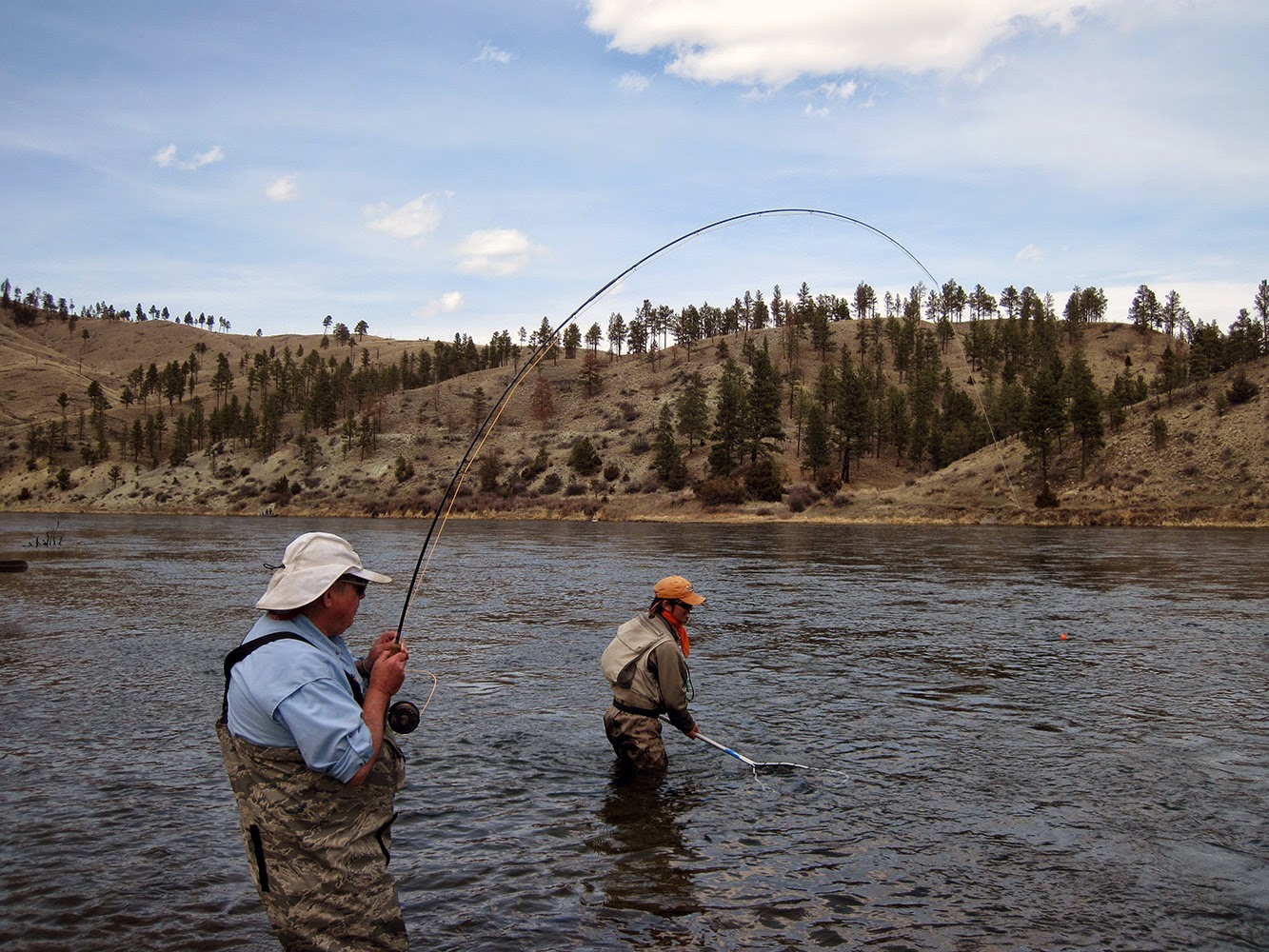 I repeat: this is merely the average........I'm sure now you are convinced. 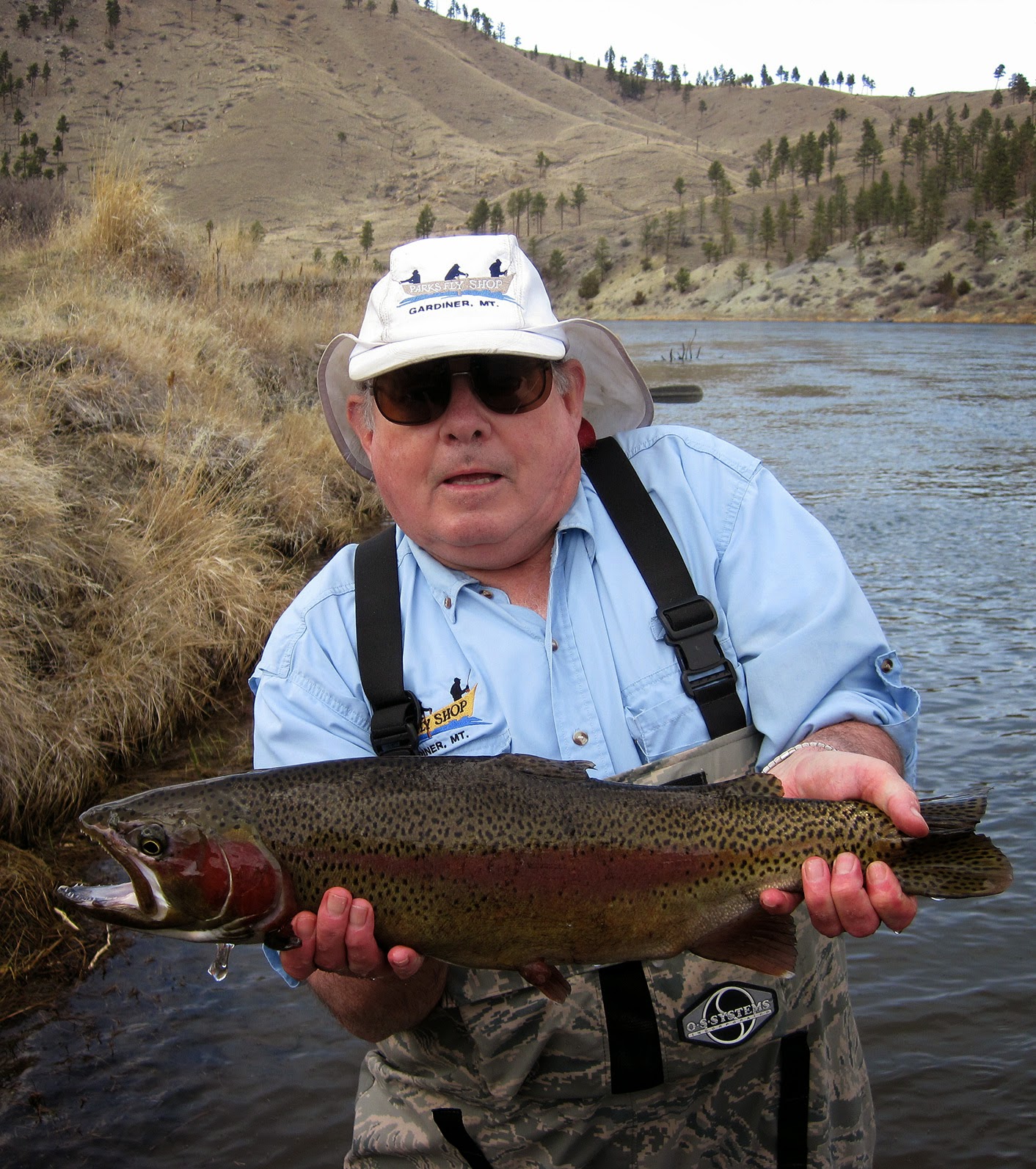 This also shows you the size we are talking about. Outfitter Richard Parks brought in a nice trout (one below). While it was still in the net, I hooked one as well, which was quite a leaper. So we might as well net them both. Mine was about 17"-18", which is usually considered big in most river systems!! Yet, as seen, 17"-18" class trout are less than average in this section!! 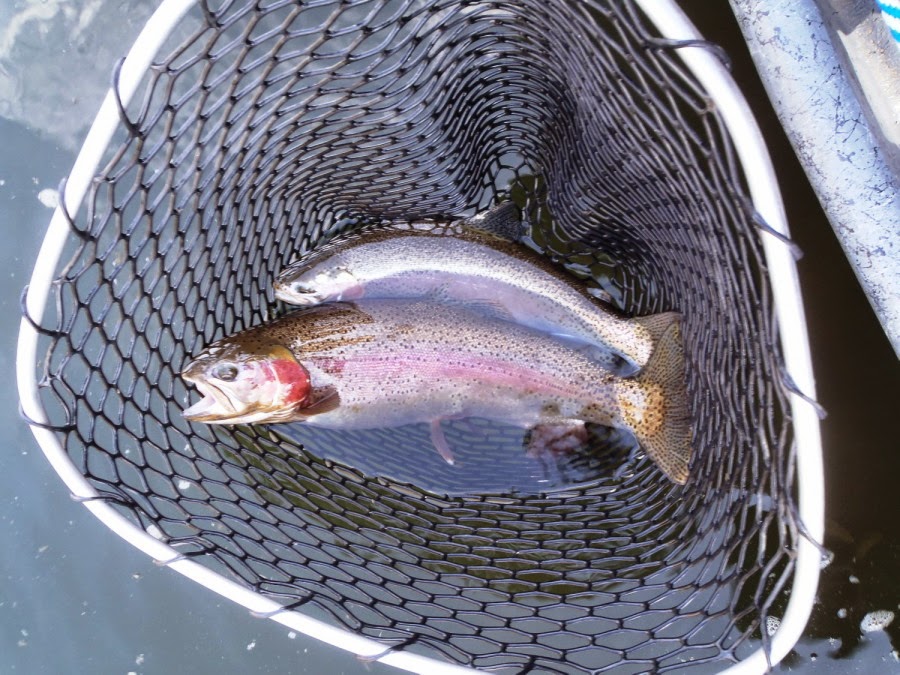 And that was one of bests for Mr. Parks on that day. 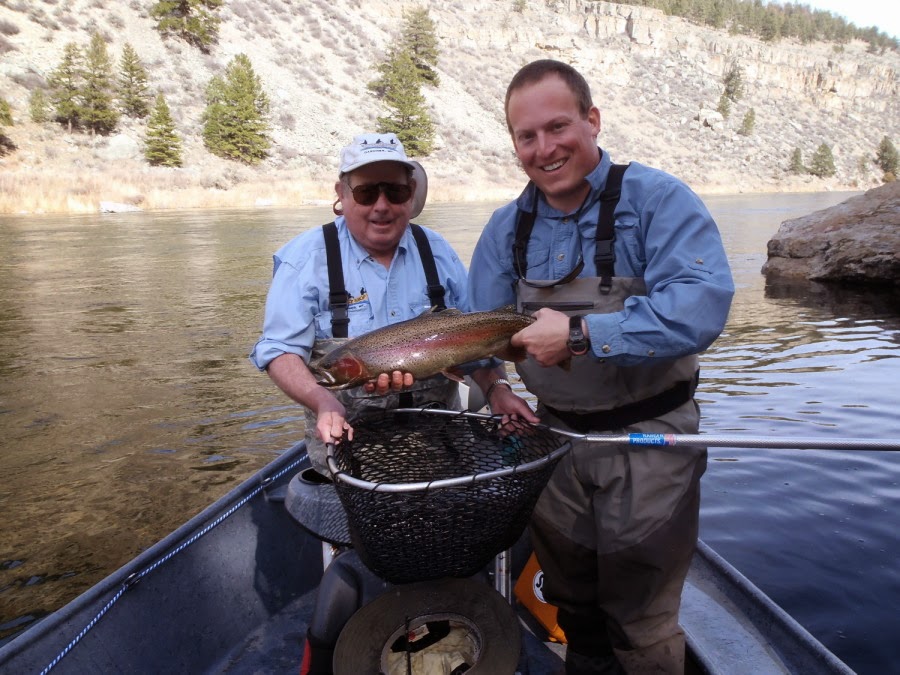 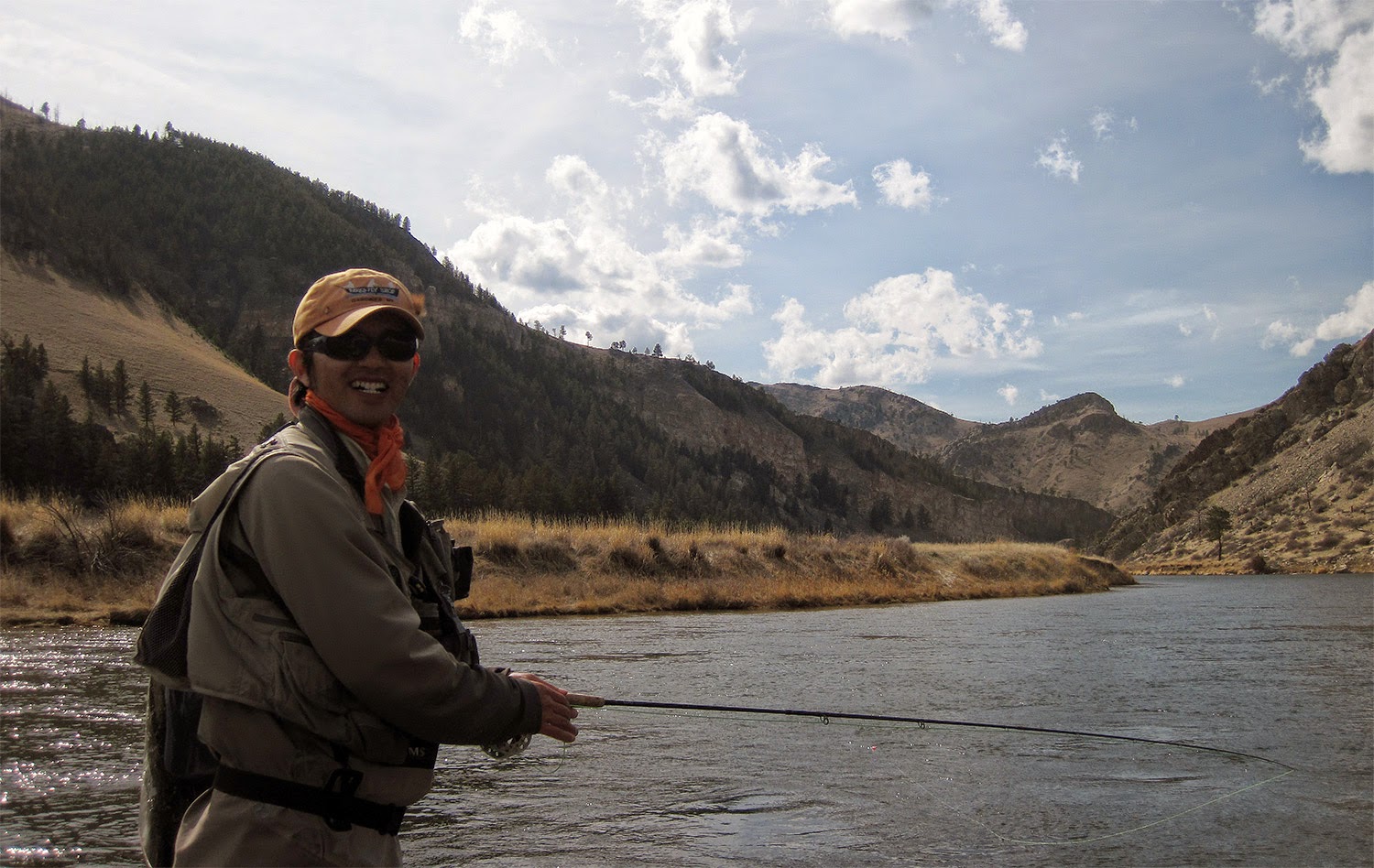 And Big Fish! You have to smile!! 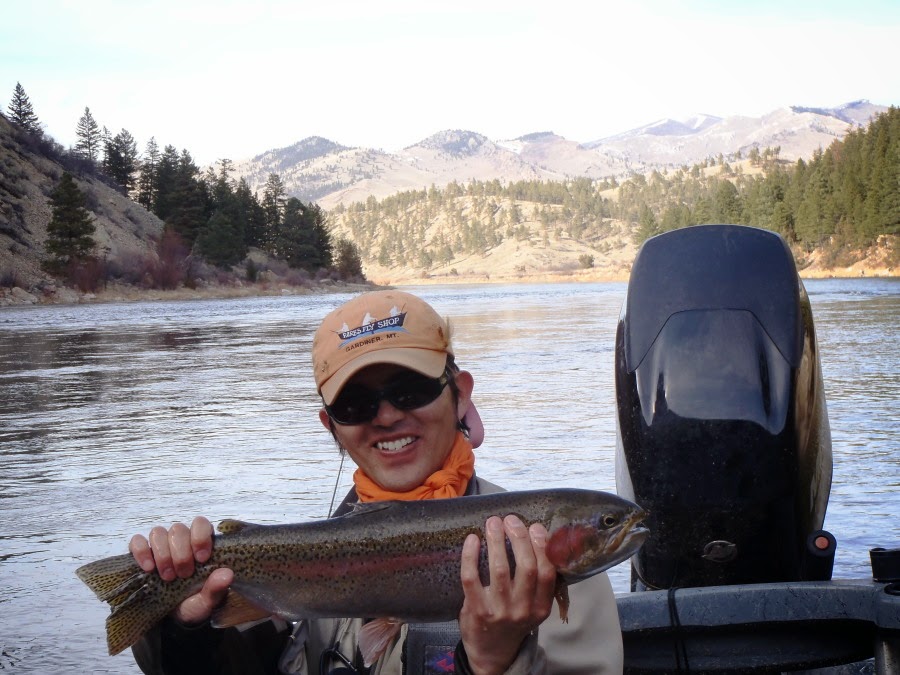 I rowed some so Wally can fish from his own rig. His first catch for his own boat was, well, another "average" of the day!! 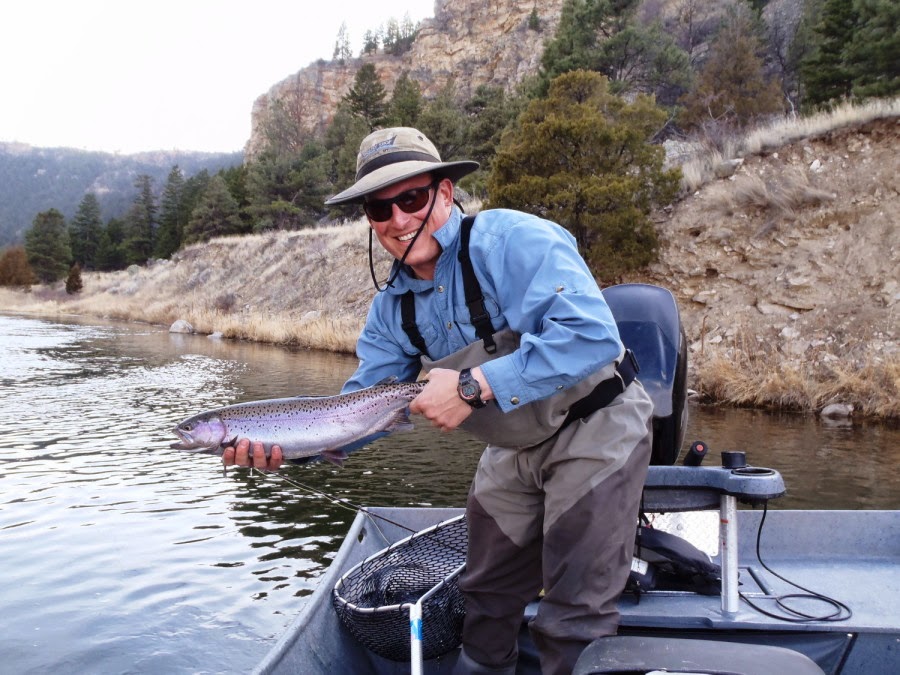 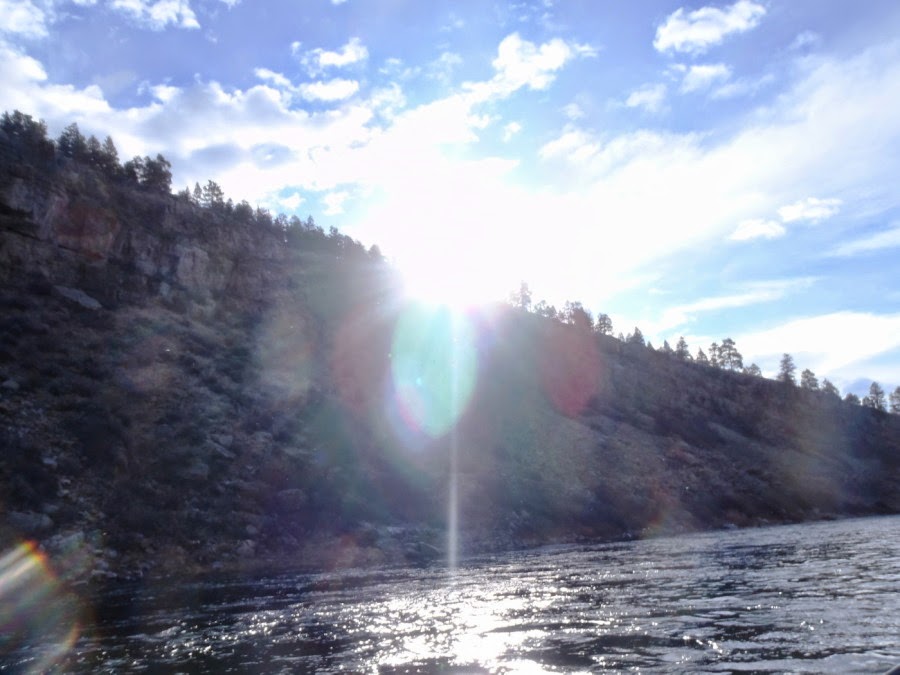 It looks sunny but brutally windy. That was why I was wearing the hood of raincoat! But we managed some trout. 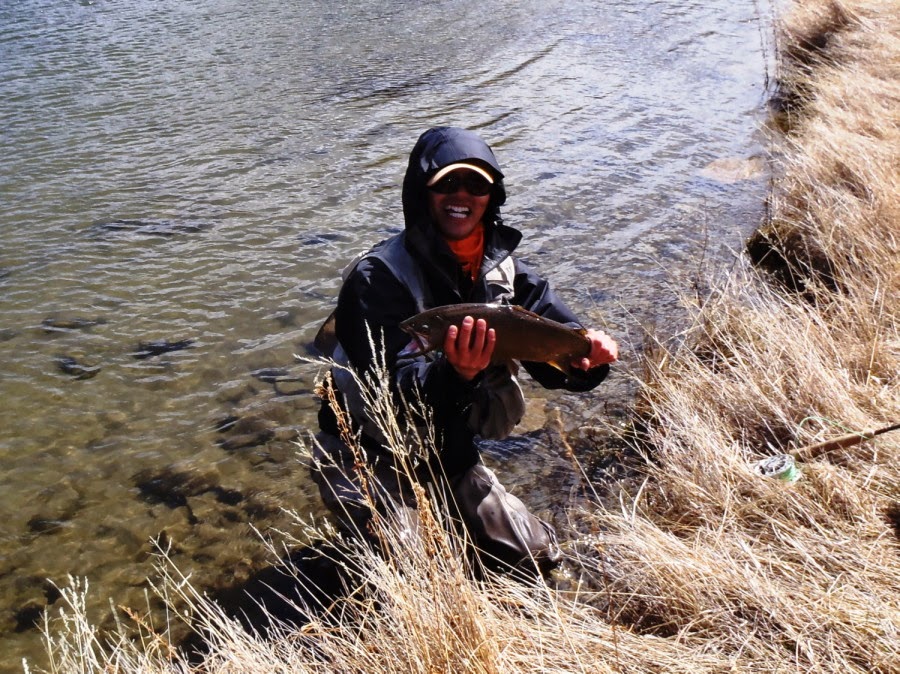 Best thing of fishing with a jet boat is we can drive back upstream and fish again the same spots. And then we would row down and fish the other bank from the previous drift or in the middle. 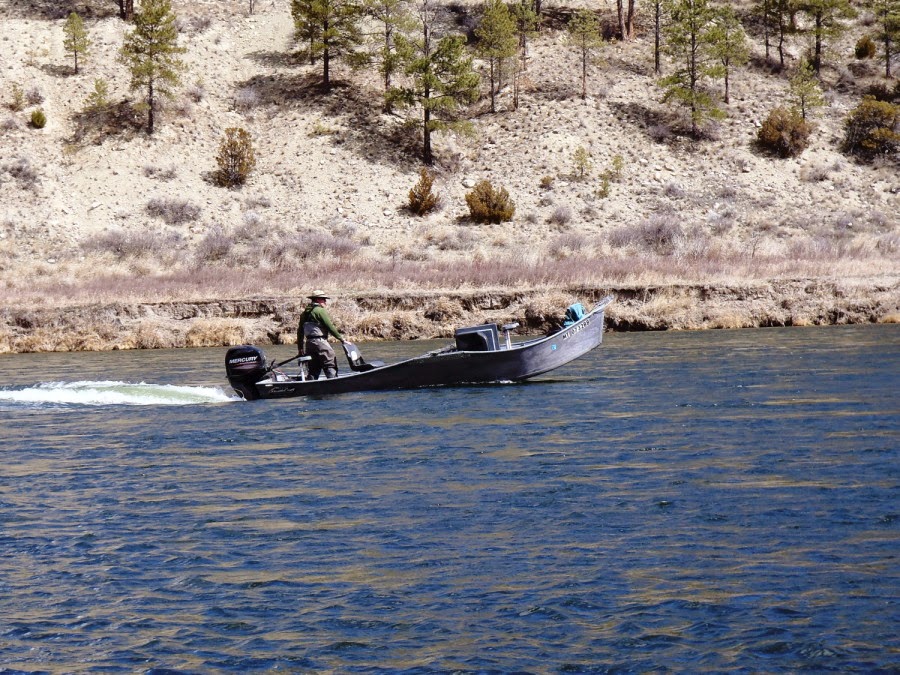 This is one heck of a ride.
As an angler, I suggest you add "Land of The Giants" in your must-go list.
Posted by Lefty Angler at 10:58 AM