Today I needed to go fishing but hadn't been really sure about the exact game plan.
My first idea was to fish Tieton River that might hold the remnant of bull trout and I might catch them accidentally. Not on purpose!! It's illegal (what a bold liar)!! But as I drove along, I noticed the Tieton was even higher than during the summer months?? I checked into WA Fish & Wildlife Office right along and asked the officer several questions. I had the information that the reservoir above Naches would be released and Naches would be a Class IV or V white water. But it was the reservoir above Tieton that had been released. Instead Yakima River flow is getting lower and more accessible now. See this big game going on??
Also the F&W officer told me the following;
Well, bull trout fishing has to be waited. Whitefish season is open during the winter so I can pretend as if I'm doing that and I make the accident happen??
So, I had only one option left. I fished the same stretch as I did for the last few times. I actually didn't hope to hook into salmon again........ I wanted a nice Westslope Cutthroat. It was slow but exactly the same spot where I caught Chinook, I hooked a nice Cutty!!!! I don't have to show you Doug's Home Invader, do I?? 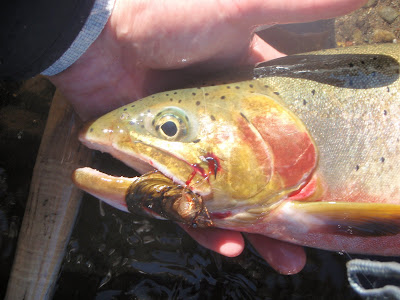 It was a just about 18-inch buck. This one really fought hard!! I first thought it would be a huge rainbow (accidental steelhead) or foul-hooked 16-inch class. It did bend my rod and pull my line out. 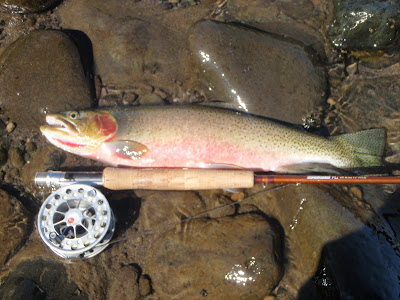 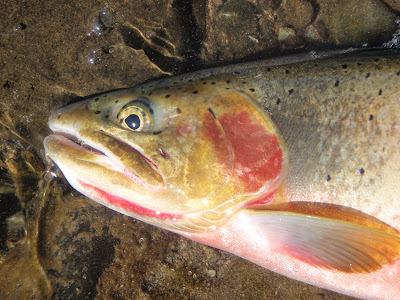 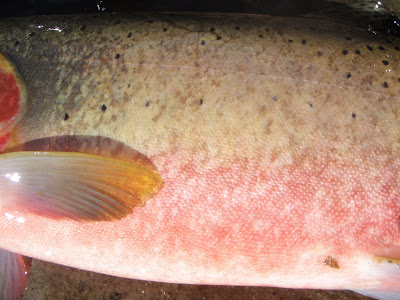 Definitely better looking than me!! Since I was at the same spot as last time, I used the same rock for the self-timer. 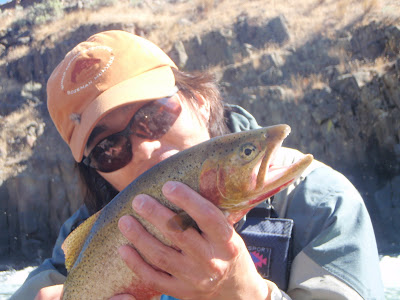 This cutty is the best in terms of look, size, color, and attitude. It will be remembered as one of my trophy catches.

I try not to fish the same spot over and over but today I had to follow what I would find.

I swear I won't go back to Naches for this year again. I've been making killing recently!! Trout deserve some rest.

I swung by Worley Bugger in Ellensburg and I've got some local intels which I will do tomorrow.

This one is the best Westslope so far but I might be able to find bigger ones along with monster rainbows. I'll find more.