Today, I finally got the internet access in my place in Livingston!!
Moving-in wasn't bad at all. Driving was OK and road & weather were cooperative too but I again left at night. 9:30pm PST, I recall. This time I was towing a U-haul trailer so I was a bit nervous + slow + over careful = tired..........With gas purchase and some naps, it took me about 14 hours. Of course first thing I set up was my fly-tying bench and some trophy shots on the wall!!
I had to do some other moving-in errands in town that kept me busy. Then suddenly I realized that I live right by Yellowstone River!! Only a few miles away to several spots and accesses along town!! Now entire region is in a beautiful fall color. We actually had some snow storm already. 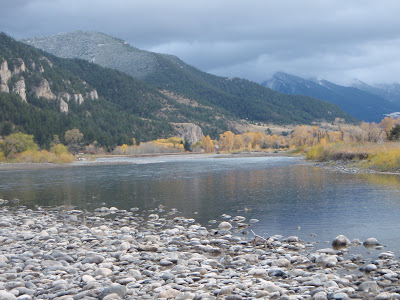 Trout came to say hi to me too!! My first catch as a Montana resident was a nice 17-inch browny!! 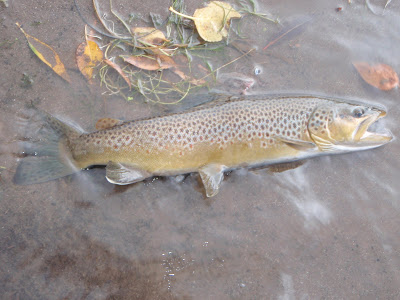 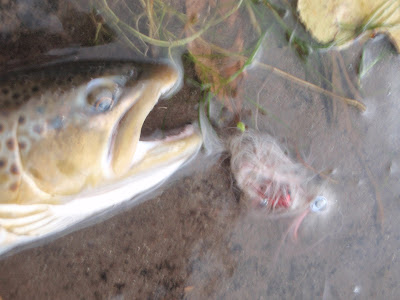 It was on again my own idea of T&A White. Now I got an approval from brown trout and Yellowstone River then. 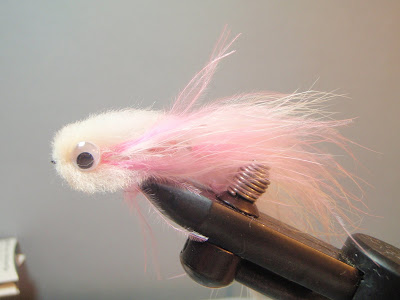 Next day I fished again in the evening for a couple of hours. It was foul-hooked on Conehead JJ. Nice little 16-incher but I first thought it might be really a big one judging from the way it tugged. Little did I know it was a foul-hook, you know......... 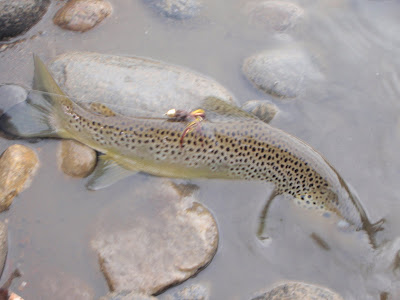 Today I got done another concern. It was to look for reasonable firewood and stock them for winter. I visited an old gent in town and he gave me a smoked rainbow trout. It was actually pretty darn good!! With that bite, I hauled one load then I hauled three more like this. I originally paid for five loads but it had been a while that I did this kind of labor and I thought this should be enough so I got my money back for another load. 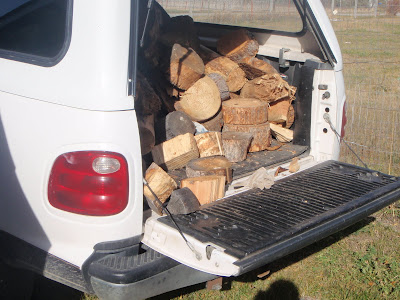 See if I can make a fire. Uuuu-hooooo it's warm now. Cheers!! Actually it's too hot for now. In other words, it's not that cold yet. I just wanted to test and see. 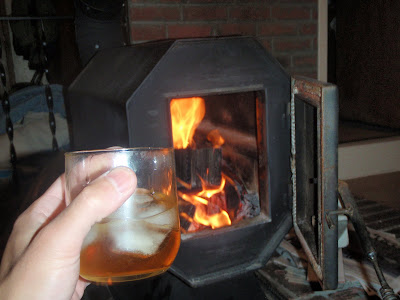 Right after I got the internet access, I will be gone again. Well, I'm still in time for the very last week of Yellowstone National Park season. Tomorrow I drive to West Yellowstone and fish a couple of days. I will stay in a motel. This time I don't do on-the-road posts as I will concentrate only for fishing!! I kind of doubt if motels in West Yellowstone have free wireless. Some must do but I bet not all of them!! Then I have one day at Armstrong's that I didn't cancel.

Now the famous Paradise Valley spring creeks are only several miles south away!! What a busy guy I am!! It's not dream any more!!