Last night about 9:20pm or so, I left my house for a secret mission to an unmentioned destiny (just for now).

Originally, I was going to take pictures of scenes and fun stuff like foods and post them using free wireless internet service at a motel. But for some reason, it didn't happen till the end of the day. I thought about I would be saying "guess where I am" and that would be the end of the post and great enough success to post on the road with my laptop and free access in the motel room for the first time. 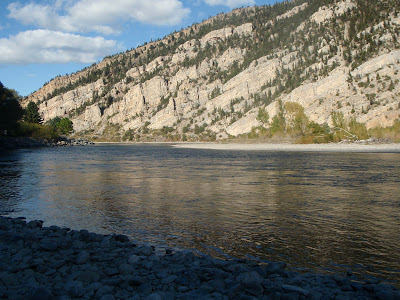 But I ended up catching a small but nice Cutthroat (which cutty in which river??) though I didn't mean to, really I swear (dirty liar!) 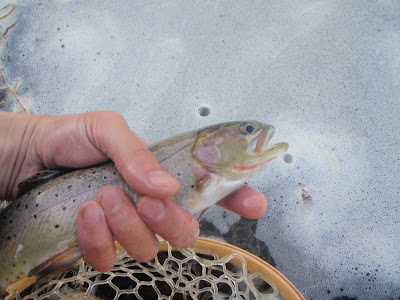 It was a sudden baetis hatch in a big back eddy, later on midge took over.
See if I'm posting again tomorrow night on the road. And see if I'm fishing or doing something else at somewhere.
Posted by Lefty Angler & Flies at 8:01 PM